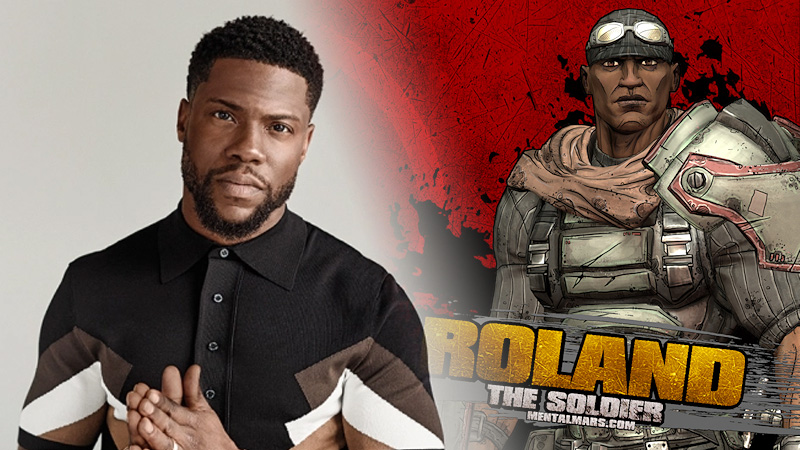 Here’s an interesting casting announcement. The Hollywood Reporter has confirmed that Kevin Hart will officially join the upcoming adaptation of Borderlands. It seems that Lionsgate was hard at work closing a deal with the Jumanji actor, who will take on the role of soldier Roland. The character has appeared in various games including Borderlands: The Pre-Sequel, Borderlands 2, and Tiny Tina’s Assault on Dragon Keep. THR points out that this will indeed be a more serious acting turn for Hart, who has a track record in comedies. So far, he is the second actor to join the project after Cate Blanchett, who is set to play thief Lilith. Director Eli Roth is working on the project based on a script by Craig Mazin. Lionsgate Motion Picture Group President had the following statement:

Kevin has been behind some of the world’s biggest blockbusters, and our source material is inspired by one of the world’s best-selling video games. We love the way our filmmaking team has adapted this story and we couldn’t be in better creative hands.

Borderlands is a popular franchise and released its official third entry in 2019. As THR points out, the franchise sold 66 million units since it initially launched. Hart is an interesting choice for the character of Roland. Roth also commented on the casting, as he is excited to showcase a different side of the actor. It is great to see Kevin Hart attempt a more serious role. He still has some comedies that wrapped up production recently, such as Man from Toronto and No F**s Given, but he is starting to venture out. One of his upcoming films Fatherhood deals with the story of a man losing his wife after she gave birth. So, Hart is slowly leaving his comfort zone to find new ventures in acting, which is always great to see.