Mortal Kombat is reinventing itself once more. In last week’s Kombat Kast presentation for their upcoming Kombat Pack 3 DLC, Netherrealm Studios confirmed that a bombshell of an update was coming to the Mortal Kombat 11 in a couple of days: Ranked Kustom Kombat. For the uninitiated, you might think this is just another idea that sounds as nonsensical as it is spelled. For the fans, it means an entirely new game unto itself.

The tenth game in the series, aptly titled Mortal Kombat X, introduced the idea of unique character variations: predetermined movesets that allowed a specific character to function uniquely. Mortal Kombat’s variation system can be traced back to the franchise’s sixth-generation console games like Deadly Alliance and Deception but didn’t fully materialize until the tenth game. The idea behind the variation system is this: each character had 3 variations meaning you could play Sub-Zero in three different ways. These variations had its own set of special moves that you won’t get access to in another. One variation might require more strategy and defensive playing while one could be more offense-centric with not much leeway. These combinations were determined by the developers as to not make characters too overpowered.

It was so well-received that it would’ve been a crime for Netherrealm Studios not to include it in Mortal Kombat 11. The eleventh game in the franchise introduced the next logical step in the progression system but with a catch: you can make your own variation with all kinds of crazy moves but you can only play it in low-stakes-whatever Kasual mode but not in the game’s official Ranked mode.

This catch drew mixed reactions for a few reasons. For one, Mortal Kombat 11 was in many ways, the antithesis to its two predecessors. The ninth and tenth installments were absolutely rush down, unforgiving, fast-paced fighting games; a well-executed combo would leave you helplessly watching half your lifebar drain in a span of seconds. Moves were over-the-top and characters were practically broken. Mortal Kombat 11 made it a point to change all of that and made a slowed-down, more accessible fighting game for players of all levels. That meant cutting down on some of the craziness and brokenness which is an understandable fix given the studio’s desire for more player inclusion but in the face of the game’s two predecessors, some saw this change as a step-down. You’d often read on message boards, “Mortal Kombat 11 is okay to play but really boring to watch.”

Another reason why the restrictive kustom variations in Mortal Kombat 11 drew mixed reactions was because it handicapped certain characters that did not have the most viable variations. Balance issues aren’t a novel thing in the fighting game industry but the variation system shed light on some of these imbalances in an unflattering way. Some variations were laughably unusable in an online setting while some were just too good not to use, so much so that you’d end up fighting the same characters with the same variations fifty times a day. Top 8 tournament characters would always end up playing the same: Liu Kang’s Luohan Quan, Jacqui Briggs’ Upgraded, Johnny Cage Outtake. The restrictive variation system, ironically, took out the variety in the game.

With a neverending list of variation imbalances and a noob-friendly and, dare I say, scrub-friendly gameplay system, things were starting to slow down for the game in recent months. Fans started to get frustrated about the lack of updates from the developers which led to the trending of #DearNRS on Twitter. While fighting games like Tekken and Street Fighter had clear and concise roadmaps on what was next, Mortal Kombat fans were left to scour the internet for rumors and datamined leaks. The pandemic certainly didn’t help as offline tournaments promoting the game were thrown out the window. The last few months even saw a handful of popular players of Netherrealm Studios games share on Twitter their dissatisfaction with the then-current state of Mortal Kombat 11.

Now, it seems like the collective pent-up frustrations have gone away with the additions of fan-favorites Rain and Mileena and more importantly, the announcement of Ranked Kustom Kombat. Described as the Wild Wild West, the customs change will allow fans to build their own version of Scorpion to play him however they want with whatever combination of moves they want and actually play it in an official high-stakes Ranked competitive match. The idea has apparently been on Netherrealm Studios’ horizon for quite some time as Mortal Kombat community figureheads Ketchup and Mustard revealed on one of their most recent streams that during Final Kombat 2020, they and a few professional competitors were asked by the game’s co-creator himself Ed Boon what they thought about Ranked Kustom Kombat.

Of course, people already have all sorts of things to say about it. In the days since the announcement, fans have already been rabidly debating the pros and cons of such a change. Some are worried, some don’t quite know what to expect and some are already preparing to leave the game. But if there was one constant thing I’ve noticed, it’s that there’s an excitement in the air for the game that hasn’t been seen since its release. Mortal Kombat pundits have already taken to Youtube to give their followers a primer of what to expect. I’ve seen lengthy Twitter threads of fans sharing their desired custom variations and analyzing them. Heck, just today I spent more than 2 hours trying to figure out how to optimize my Raiden and Shang Tsung while catering to my specific playstyle.

With this change inevitably comes all kinds of brokenness to an already imbalanced game but Netherrealm Studios already seems prepared to deal with it. In the aforementioned Kombat Kast,  Senior Quality Analyst Stephanie Brownback alluded that some moves deemed too crazy even for the Wild Wild West that is Kustom Kombat were getting prohibited. Add to that their plans to fix some of the balance issues and their plans to scale down some of the defensive mechanics such as the delayed wake-up options, it sounds like the new meta of the game will have the best of both worlds: some over-the-top craziness with some safety mechanics to anchor it. I gotta admit, dialing the brokenness to 11 wasn’t the fix I imagined when thinking about how to balance the game, but hey, it’s hard to deny how bold and exciting the prospect is. What do you do when a handful of characters are too powerful? In Mortal Kombat 11’s case, you make everyone else powerful as fuck.

Mortal Kombat 11 has always been a blast to play. I’ve been playing it every single day since the new year started and I’ve clocked it about 300 hours so far, the most time I’ve spent ever playing any video game. I missed out on playing the two games before it so the Wild Wild West is something I have yet to experience. There’s an anxiousness I’m feeling. A worry that the game might leave me behind as I’ve become too accustomed to the status quo of a slowed down, noob-friendly game. But there’s also the anticipation of playing a completely new game once the update arrives. This update is such a brilliant move on Netherrealm Studios’ part as it will finally allow players to explore each character’s depth to their full potential and overall just make the game more exciting. It’s the perfect transitional move to breathe new life into the game as we enter the next-generation of console gaming. 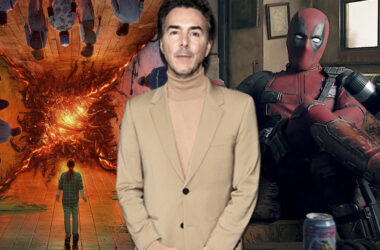 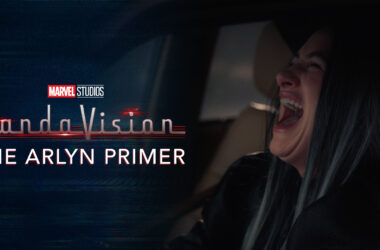