Thor: Love and Thunder will see the return of Taika Waititi in the director’s chair. Some of the first set photos teased a wild ride that could even trump his last outing with Thor: Ragnarok. The moment we saw Melissa McCarthy playing Hela in a stage play already teased what a wild ride is heading our way. It looks like the Daily Mail has uncovered some curious set photos from a hidden set that offers a closer look at New Asgard. They got their hands on some aerial photographs that show the construction of various buildings that reflect the set we saw in Avengers: Endgame. There are some interesting details, such as a New Asgard hotel showing they have a booming tourism economy.

There is an interesting lack of Asgard-inspired architecture, which may be added in through the blue screens. Yet, there is one very interesting piece of set design that offers some Norse flair to the set. In another aerial shot, we see a classic Viking ship with seats that seem straight out of a rollercoaster. The house next to it hints at this ship being used for sightseeing, as tourists might want to explore Norse history. Perhaps the re-enactment of Ragnarok could be part of this tour.

What stands out with this ship is that it looks like the one we see in God of Thunder #8. Christian Bale‘s Gorr the God Butcher faced off against Thor. There is a good chance that the finale takes place on this ship. Unlike the comics, we don’t have three versions of the same character. So, it might be Chris Hemsworth‘s Thor fight the god butcher alongside the returning Natalie Portman‘s Jane Foster. There was also a comic panel where she threw a similar-looking ship at Enchantress, which would make for a fun way to take down someone. If it takes place in New Asgard, we may also see its new ruler, Tessa Thompson‘s Valkyrie, join the fray. We’ll get to spend a lot more time in New Asgard, which is exciting no matter what direction they take. 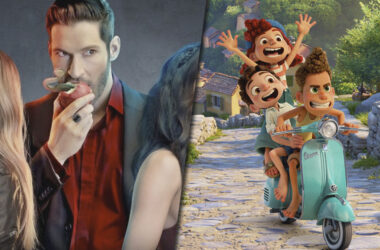 2021 has been quite a year, to say the least, as the pandemic continued to keep us at…
Read More 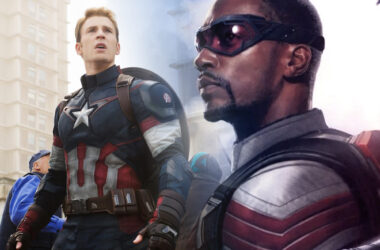 Many of us have gotten used to keeping a close eye on toys and merchandising products. Sometimes they…
Read More