Christmas movies are generally filled with joy and cheer. Throughout the years, that is exactly what we have come to expect. While most are filled with genuine merriment, some Christmas films are disguised as such while actually being elaborate devices to make you suffer. Klaus is a curious example of a silly animated holiday tale that would much rather have the emotional tone of Sophie’s Choice, while the creators were clearly only greenlit by Netflix to create the next Winnie the Pooh: A Very Merry Pooh Year.

But where there’s a will, there’s a way. And Klaus found that into being a drawn-out and camouflaged version of the famously emotional opening montage from Up. But this time around, the main grumpy old man becomes the ghost of Santa Claus instead of finding a new lease on life by befriending a young boy and a talking dog.

Klaus certainly hits some of the right “I swear this is just a happy movie for kids” notes. It follows the spoiled son of some big-shot Postmaster General, who decides to teach his son, Jesper, a lesson by sending him to be the postman in Smeerensburg. It, of course, is the children’s Christmas movie equivalent of an apocalyptic warzone full of violent children and dead fish. The main character willingly places a literal noose around his neck in the first 20 minutes of this movie because he has accepted death as his fate.

Jesper is enjoyable as the clueless, pampered man-boy attempting to solicit letters from people who otherwise spend their time carrying dead bodies through alleys, or – in the children’s case – psychopathically slowly stabbing a snowman repetitively with carrots. As anyone could guess, Jesper finally comes around by the end of the film to be a wholesome guy who loves his family and the new, less-homicidal community. But his reformation came from the real star, the titular Klaus.

Our introduction to Klaus is as a scary, giant man who lives alone in the woods, likely chopping up both trees and people. Through Jesper’s desperate need to gather letters, he learns that Old Man Klaus is a skilled woodworker with a dusty, dark house full of elaborate children’s toys and nothing else. Don’t let that fool you, though, because this is only the beginning of an overly-elaborate secular explanation for the legend of Santa Claus where all the necessary elements are included but are instead generally sad and heart-wrenching.

Klaus was perfectly fine – even while being extremely depressed – living in the woods and spending time with his wife, Lydia. She, unlike the classic Mrs. Claus, died years ago and takes the form of sparkly wind that gives Klaus brief moments of remembrance of his one and only love. Somehow, Jesper and he secretly deliver one of his toys to one of the infinite toyless evil children of Smeerensburg. Watching through the window, the pure joy it brought the kid inspires Klaus to continue delivering his toys in secret. Jesper acts as the intermediary, forcing children to write sham letters to the toymaker for his own gain while coincidentally making up facts about Klaus that seem familiar, such as him having a naughty and nice list.

That plot seems good and healthy, but it’s not sad enough. To make up for it, it is revealed that Klaus has a carved-out wall in his home designed as a family tree – it is extensive but completely empty because he and his wife Lydia were unable to have any of the dozens of children they dreamed of having. While they tried and waited, they built countless toys to one day give to their own kids, but as the ghost mist of Lydia could whisper to you, the toys were left to gather dust and haunt the dark and lonely house.

There are entire subplots, such as the dueling war clans that try to bludgeon one another when a bell rings and Jesper’s romance with the angry schoolteacher – but they don’t really matter. The Sámi community that lives outside of Smeerensburg ends up being the warmest and most compelling secondary aspect of Klaus, as they end up taking the place of classic Santa’s elves. They even took the time to make everyone cry when they filled up Klaus’ family tree with wooden figures of themselves.

If watching along to the survey of Santa’s heartbreak and loss is not enough for you, the movie also ends in possibly the saddest way it could while still pretending to be jolly. As Jesper recounts the years that have passed since Klaus began delivering gifts, he talks about how one day Klaus just disappeared without any explanation and he never got to say goodbye. We see a tired Klaus say “I’m coming, love,” and merge into the sparkly wind of his dead wife. To top it all off, we vaguely see some sort of ghostly Santa entity flying around as Jesper says, “All I know is that once a year, I get to see my friend.”

In some seriousness, Klaus delivers a genuinely fresh and unique twist on the legend of Santa Claus by presenting Klaus, the trauma Santa. The somewhat confusing level of dark humor also makes the movie stand out from its peers and gives the film some maturity that elevates it beyond what is expected of it. If you are looking to rip your own heart out this holiday season, Klaus may be the movie for you. 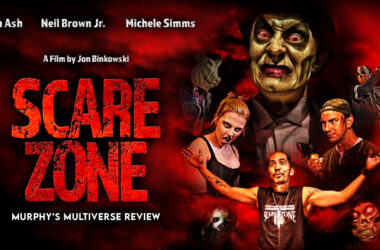 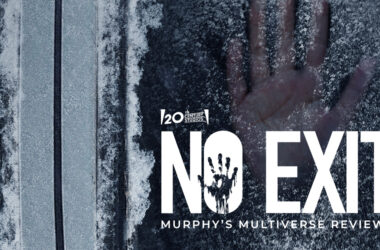 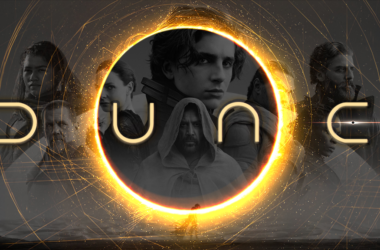