When Kurt Cobain wrote “Something In The Way” in 1990, he was believed to be lamenting a period of hardship and homelessness he lived through a few years prior. Legend had it that Cobain spent those days living under one particular bridge in Seattle, dreaming of befriending animals and eating fish. Over the years, people in Cobain’s circle would refute that story, saying he hung out frequently under bridges but never actually lived under one. Cobain himself later told a biographer that the song was about his fixation of being in the gutters of life. That a song about a despondent fantasy would eventually bookend the album that would catapult Cobain into one of the most financially successful musicians in the world is not without irony. That director Matt Reeves would go on to use this song as his entry point to craft a Bruce Wayne so desperate to be in the muck and grime of Gotham is of no coincidence.

Robert Pattinson first introduces his reclusive rock star edition of Bruce Wayne through a series of diary entries. Vivid images of Gotham in Halloween flash on the screen as Bruce Wayne broodingly walks through its filthy streets, monologuing about the damage the city has inflicted on itself. Pattinson’s intro as Bruce Wayne is rooted in such curt nihilism that audiences would be forgiven for thinking he was reading aloud Rorschach’s journal. No stranger to the most despicable of characters, Pattinson fashions a Bruce Wayne that loathes being Bruce Wayne day in and day out. His take on the fabled playboy millionaire is the coldest the franchise has seen yet; it is distant and unwelcoming, a far cry from Ben Affleck’s hedonistic Adonis. The performance speaks to the isolation Wayne wears in his sleeve daily but can oftentimes linger for too long. Even with an interpretation as sincere as Pattinson’s, there’s a lot to be desired from this version of Bruce Wayne, as the actor forgoes a lot of the character’s touchstones.

When Bruce Wayne sees the Bat-signal lights up the rainy sky, Reeves, cinematographer Greig Frasier, and composer Michael Giacchino pull into focus the most cinematic Gotham in the franchise’s history. Giacchino’s doom-laden crescendos make every shadow in every alley and street corner feel abyssal. The heat from Gotham’s pavements and the rain that falls on it create hazes that glimmer from the fading neon lights of its establishments. Frasier captures every bit of beauty nestled in the filth that every frame could be a postcard. It’s a Gotham whose atmosphere is so inviting and texturally rich that it feels inhabited by all kinds of Batman characters antithetical to the realism Reeves keeps insisting on. This Gotham isn’t by way of Michael Mann’s Heat. It’s Spielbergian, a masterfully crafted world bolstered by a trifecta of direction, photography, and scoring. A world that’s full of mysteries, secrets, and beings waiting to be found.

The refrain of reactions from those who have viewed the film in advance proclaim The Batman to be one audiences have never seen. While that rings true in a certain regard, the film revisits ideas and influences prior films have covered. The Batman is indebted to Bat-authors Frank Miller and Jeph Loeb, whose work served as the foundation for the Nolan films. Matt Reeves contends that his story isn’t an origin story despite the text heavily featuring a Batman fresh on the job and the death of the Waynes as the thematic and narrative centerpiece. Year One and The Long Halloween seem to be all but permanently ingrained in these early-days, utilitarian live-action depictions of Batman and so by design, Gotham’s mobsters and police department play key roles once more in this.

Novel to this Batman film is its focus on the character’s hardboiled detective roots. From the film’s opening sequences alone, Reeves firmly makes his statement that his Batman is a noir thriller. Like any capable noir film, The Batman bides its time – almost to a fault – in unraveling a mystery and sees Batman and Jim Gordon devote most of their screen time gathering clues, deciphering evidence, interrogating people, and, occasionally, busting skulls. Gadgetry and intuition coalesce into highly watchable scenes of intrigue as layers of the Gotham underworld are peeled. However, even Reeve’s vision of a laser-focused and meticulous detective mystery loses its step thanks to a finale that collapses from the density of the material.

The Batman’s finale sees the pursuit to capture the elusive Riddler vanish, like a thief into the night, to make way for a spectacle of calamity that almost feels conceived through executive meddling. The set-piece primarily functions in the plot as an adrenaline shot to its lethargic pacing to give it some much-needed urgency. Previously absentee players are jammed into the sequence in order to broaden the stakes. While the set-piece allows Reeve the space to frame his own iconic Batman action moments, it’s an unwieldy finale that’s unfaithful to the film’s own ethos. Considering it comes abruptly after nearly 3 hours of patient sleuthing, it feels unwarranted. Perhaps this was Reeves’ best way of compromising some of his vision to accommodate high-flying action expected in these kinds of films. Regardless, it causes the film to stumble the landing.

For the handful of flaws The Batman has – such as a car chase that’s almost unwatchable and a Paul Dano that’s kept off-screen – it makes up for with a cast assembled out of a painstaking vision that begins with Pattinson’s Batman. Pattinson does little to discern the man from the cowl, so the distant Bruce Wayne is one and the same as the vigilante. Fortunately, the coldness Pattinson distills into his Bruce Wayne results in a Batman whose mere stillness in the shadows invokes fear and dread. From this stillness, Pattinson derives a spectrum of emotions ranging from seething rage to deep melancholy. The days are too early to declare Pattinson as the best Batman yet but he nonetheless makes an impressionable mark. His costume, at the very least, is the best one yet.

Opposite Pattinson is the strongest Catwoman put to screen. Zoe Kravitz as Selina Kyle is mosaic; angry, discontented yet loving and nurturing. Much credit can be thrown at Bat-writer Tom King, who revitalized the Bruce-Selina romance in a way the comic hasn’t seen in years and whose influence is evident in the film, but it’s Kravitz who puts in the work. Kravtiz delivers a sultry and tempting performance that never feels gratuitous even during her displays of passion. That her chemistry with Pattinson is so alchemic is a testament to the emotion she wields at ease onscreen.

There’s a lot to be said about The Batman’s fidelity, or lack thereof, to the whimsical nature of the source material. Paul Dano’s Riddler, as much as it is a blatant co-opting of the Zodiac killer, surprisingly stays true to the theatrics of the comic version. Reeves even gives us a Riddler that uses convoluted death traps on his victims, which we sadly don’t get to see. Dano even goes so far as to adopt the often gleeful and sardonic twitchiness of the character. The Batman’s screenplay, unfortunately, relegates Riddler to news splices and corny live streams, rarely giving Dano the space to display these flourishes, let alone be physically present. In the few moments Dano shows up, however, he gives Riddler a wariness that’s as contemptible as it is playful.

Lastly, an unhinged Colin Farrell and the always-resolute Jeffrey Wright round up the principal ensemble as Penguin and Jim Gordon respectively. Farrell essentially disappears in the role, thanks to incredible prosthetics and makeup, which allows him to give the Penguin an unfounded scumminess and despicability that is highly entertaining. Jeffrey Wright’s Gordon, on the other hand, finally gets to be the ally Gary Oldman’s Gordon never was. Wright’s Gordon is stern but never callous. He understands the necessary evil of Batman but also of its pitfalls. Like Dano, Wright doesn’t quite get the space he needs to explore the character but he nonetheless gives Gordon an optimistic determination that works in tandem with Pattinson’s cynicism. The dynamic between Batman and Gordon doesn’t quite reach Riggs-and-Murtaugh levels of charm but there’s an unquestionable buddy-cop energy beneath it.

Once more, the Bat-franchise continues to be a fruitful proving ground for auteurs. The increasingly formulaic early days of Batman manages to take on a new form through Matt Reeves’ sheer will and vision. The Batman falls shy of topping the narrative and emotional highs of The Dark Knight but manages to paint a lasting image of Batman, Catwoman, Riddler, and Gotham that the world has yet to lay its eyes on. Let this be the Batman of a new generation. 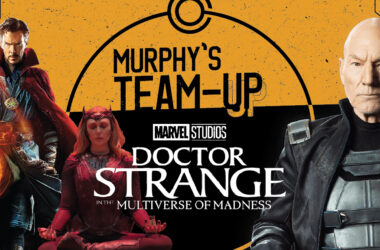 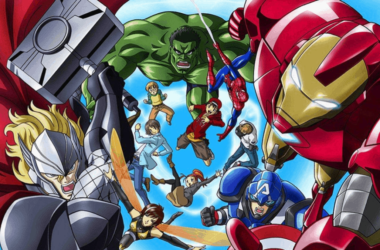 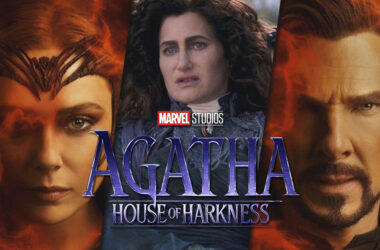