Queen is beaten, only King remains. That is how the latest One Piece chapter kicks off, as we see Queen still flying in the air from Sanji’s final kick. The opening of the chapter acts as a nice epilogue from that battle, as we get a cute moment of Sanji making sure that the mouse Chuji is safe and even a callback to his time feeding the poor animals while living under his father’s rule. After everything he went through, it’s nos surprise that he would pass out, but we’re still left wondering how much this fight has cost him.

Speaking of, Zoro is still in the middle of his battle with King, as Enma continues to drain his Haki at an alarming rate. Yet, he has found a way to control it, as he builds upon his newly awakened Conqueror’s Haki. It also seemed like he figured out the weakness of King’s base abilities, as he is slowly overtaking him. This may be the first time that Zoro is meeting his limit in a fight and it’s great how it balances out the elements that are presented here.

King turns out to be a man named Alber, who has a similar tattoo to the Skypians we met all those years ago. It looks like he and Kaido were experimented on in Punk Hazard, as Oda sneaks in a small flashback. We get a very different look at the leader of the Beast Pirates, who even had a smile on his face at one point before becoming the guy we meet today. Perhaps his Joy Boy reference earlier on was referencing his own failure.

The fight is surprisingly simple, as the focus is mainly on the long-awaited reveal of what was hiding behind King’s gimp mask. Right after the revelation on his past, we get a few interesting attacks between the two. Didn’t realize that his sword can shift design to potentially break Zoro’s swords, which he promptly reacts to. It’s interesting that there is a lot of attention given to that very fact before he finally lands a hard-hitting strike on the menacing King.

He even manages to push him into a corner, which was great to see, as our favorite first mate is forced to figure out how the flames affect the Lunarian’s ability. The final takedown including a dragon made of pure fire inspired by his captain was a great touch, as it highlights Zoro’s ability to cut even fire, which was teased earlier on, but also means that if the first mate can take down a dragon, his captain will manage the exact same. The visual with the Haki-covered swords look amazing, especially on the final page. It looks like he not only broke King’s sword – probably a retaliation on his obsession of breaking his – but even takes out a wing. It’s a fantastic moment to end the chapter on, and here’s hoping we finally see how Luffy’s fight is going in 1036. 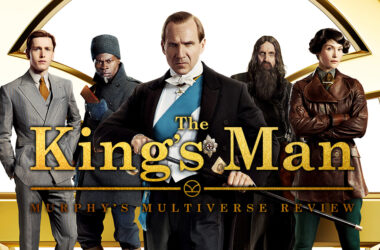 While there are some delightful moments in The King's Man, the movie ultimately can't seem to decide what it wants to be.
Read More 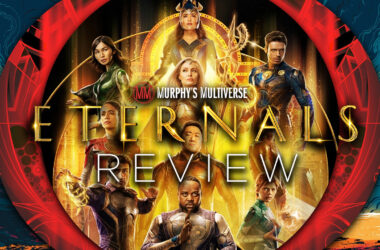 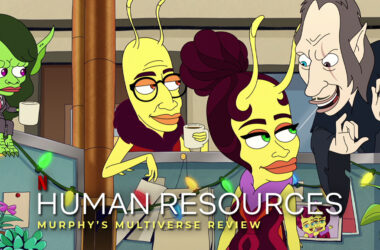