We haven’t hear much about Secret Invasion since last month’s report that Skrulls were hiding in London. Luckily, we finally have an update with the series lead now heading to the set. Although Samuel L. Jackson has been posting selfies of him and his cool t-shirts in London since August, up until this point he has used the hashtag ‘#themarvels’ with those photos. It hasn’t been until now that he has used ‘#secretinvasion’ on Instagram suggesting the beginning of his days on this set. 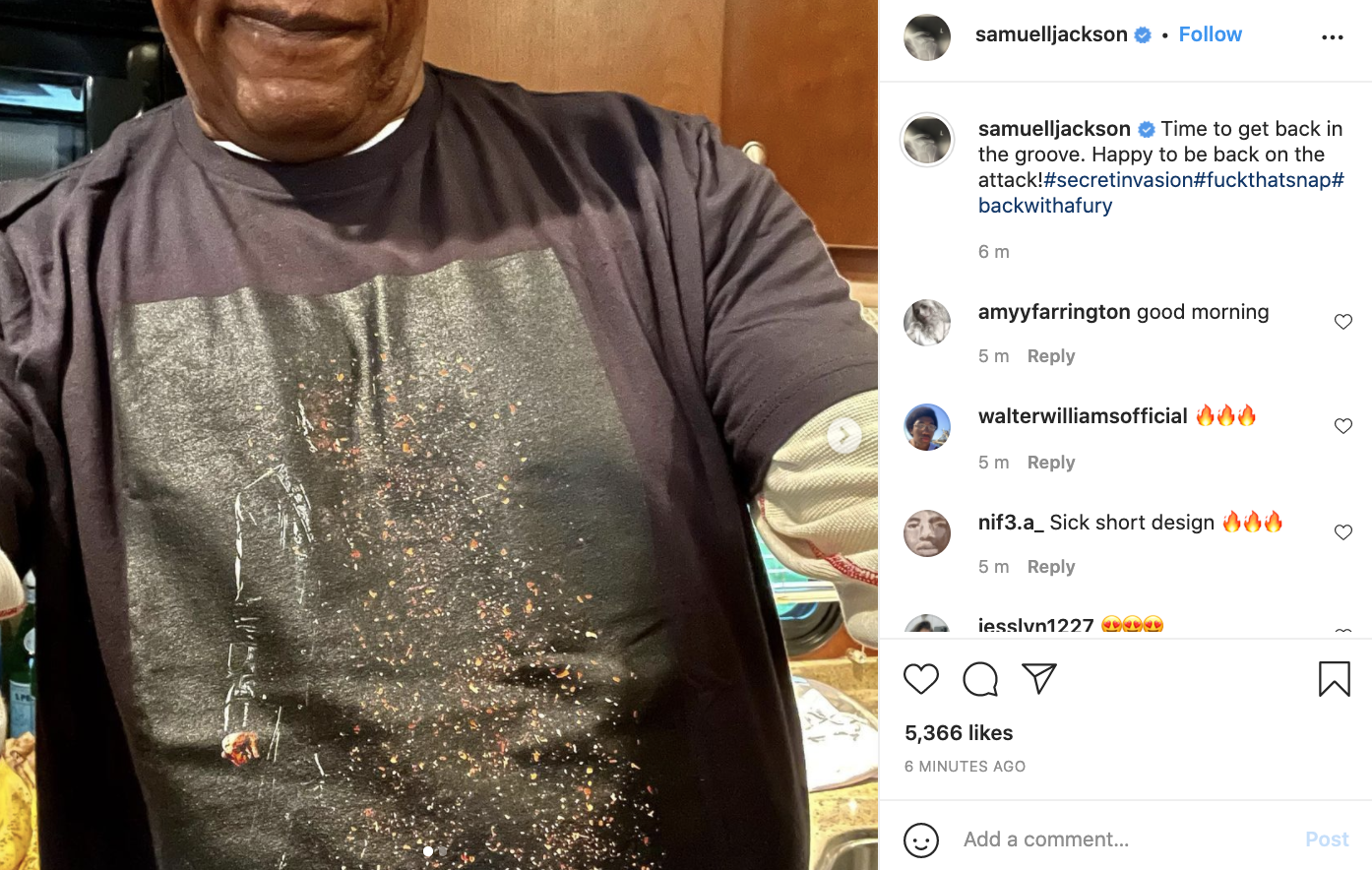 Secret Invasion will be Nick Fury’s 12th appearance in the MCU after he was last seen in the Spider-Man: Far From Home’s post-credit scene. Back then he was looking for his shoes after relaxing in front of a beach projection and telling everyone to “get back to work” while commanding a Skrull spaceship. With our recent reports on Kingsley Ben-Adir playing a villainous Skrull, it is intriguing to think that Nick Fury might be caught between his Skrull friend Talos and his evil brethren as they try to take over Earth.

It remains to be seen exactly what the mission of Fury’s Skrull spaceship was and how it will tie to Secret Invasion, but with cameras seemingly rolling on the limited series perhaps there’s an outside chance we might see some early footage at Disney+ Day on November 12th.

Spider-Man has had a presence in the marketing for Morbius since the first trailer dropped. The film, which takes place…
Read More

We’ve all wondered what exactly the upcoming Shazam: Fury of the Gods film has in store for us.…
Read More