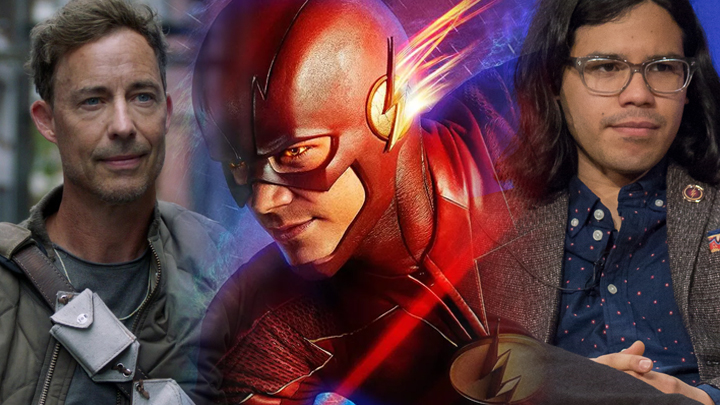 It looks like the seventh season of The Flash will end with quite a bit of change, as Deadline has just reported Tom Cavanagh and Carlos Valdes are leaving the show. The show will return for an eight-season but the cast will be cut down. Cavanagh played the show’s main antagonist Eobard Thawne, or better known as the Reverse-Flash. He did end his tenure as a series regular at the end of the sixth season but continued to make guest appearances. It seems that he has hinted at his exit in an Instagram post in February. Valdes played the character of Cisco Ramon, who was a series regular up until this point. Executive producer and showrunner Eric Wallace had the following to say on their exit:

Tom and Carlos have been an integral part of our show for seven seasons, and will be greatly missed. Both are incredible talents who created beloved characters that fans and audiences around the world have come to love. Which is why we are happily keeping the door open for return appearances.

They were part of the original six cast members alongside Grant Gustin, Candice Patton, and Danielle Panabaker. It seems that they are still actively negotiating their deal with Gustin signed up for the next season. Of course, losing these two is a major shift for the series and it’ll be interesting to see how the finale addresses their absence moving forward. There is always a chance that they could make an appearance later down the line, but it also depends on how many more seasons we can expect from the Scarlet Speedster’s run on CW.