Charles Murphy
1
0
0
A sequel to Eternals isn’t a sure thing but if Marvel Studios does give one the green light, here are some ideas that might be worth exploring
Total
1
Shares
1
0
0

Marvel Studios Eternals is just over one-third of the way through its 45-day theatrical run and as divisive as the film has proven to be with critics and audiences, it introduced some massive ideas and left the door open to a potential sequel. Should Marvel Studios chose to further explore these characters through an direct sequel, there are plenty of intriguing, comic-based possibilities for Eternals 2.

The ending of Eternals saw Arishem return to Earth and scoop up its remaining Eternals (Sersi, Kingo and Phastos) in order to use their memories to judge whether or not the lives of the humans they protected were worth the life of Tiamut. This was, of course, a debate even among the Eternals themselves, with some taking the side of the Celestial. The idea of Arishem judging the fitness and survival of the inhabitants of Earth is actually part of the grand Celestial plan in the comics and seems a certainty to be explored in the sequel. In the comics, after the Celestials have finished genetically engineering the species of a planet, they return over time for a series of four tests, called Hosts. The Fourth Host is the final test and is followed by a judgement. A direct sequel could deal with the aftermath of the decisions of Sersi’s factions of Eternals and see the heroes and gods that protect Earth gear up for war against the massive Celestials. It would be a spectacle, no doubt, but one that’s perhaps best saved for another larger-than-a-planet sized threat.

Key to the plot of Eternals is that the Eternals have been on countless missions before and had their memories wiped by their creators, the Celestials. When we see the World Forge, we get the idea that there are legions of other Eternals we don’t meet in this film. We also discover that the Eternals were designed to replace the Deviants after the latter evolved beyond the control of the Celestials. What we don’t know, however, is how many attempts the Celestials needed to create the current model of Eternals and what could have gone wrong in the meantime. We already know that Arishem isn’t a reliable narrator, so there’s no reason to believe he’s told us everything. There ARE other Eternals out there and, as Starfox indicated, they might not all be the type of characters our heroes want to find.

Ironically enough, one such Eternal, Uranos, is making his return to the pages of Kieron Gillen’s current run on Eternals. Uranos (now called Uranos the Undying) wanted to defy the orders of his Celestial makers and use his power to rule over the humans rather than protect them. As an antagonist in the sequel, he would make for not only a worthy foe for the Eternals of the present day, but also allow Chloe Zhao to continue to tell expand what fans know about the history of the Marvel Cinematic Universe. His wish to defy his orders put him at odds with his “brother”, Kronos, and set off an Eternal Civil War that lead to Eternals colonizing other areas of the galaxy. Uranos’ story could serve as a perfect bridge between what we already know (including how Eternals came to inhabit Titan) and what else we need to know.

Speaking of Titan, introducing Eros, a son of Titan in the film’s mid-credit scene could be the first step in us heading back to there in a sequel. Of course, Titan is in pretty rough shape so much like the original film or like the pitch above, part of this film would have to take place in the past. However, heading back to Titan could resolve one of the problems people had with the first film: the Eternals being artificial beings.

During what was known as the Second Age of the Eternals, a great rift formed between the “sons” of one of the oldest and most powerful Eternals, Kronos. Those sons, Zuras and A’lars, both became leaders of factions of their society with very different beliefs. Zuras and his followers held fast to their beliefs that they would do the jobs given to them by the Celestials and that, despite their power and ability to do so, no new Eternals should ever be created. A’lars and his followers believed that simply because they had the ability to do so, they should continue to create new Eternals, both biologically and artificially. This schism caused another great war which A’lars lost; however, A’lars was allowed by his brother to relocate and continue his experiments. A’lars chose Titan, where he met another Eternals, Sui-San. The two successfully reproduced two children: Eros and Thanos. And the rest is history.

A sequel following this plot could tell the story of Titan through flashbacks while also introducing the sentient supercomputer I.S.A.A.C. and the artificial Titans he created at A’lars will: Elysius, Stellarax, Dionysys and Lord Gaea. These character could serve as primary antagonists for the modern day Eternals while also revealing more about A’lars progeny, including the Mad Titan. 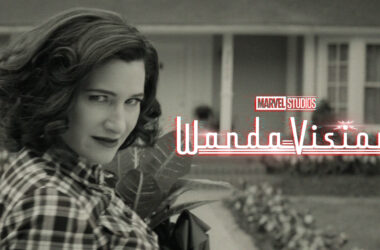 I know it’s not Thursday, but I just had to jump on this theory right after the latest…
Read More 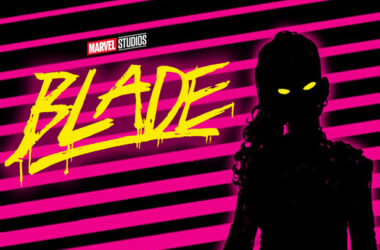 Just today, we got our first casting detail for Marvel Studios’ upcoming Blade film. It describes that the studio is…
Read More 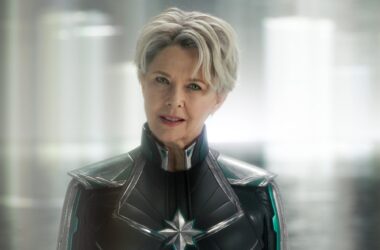 Note: This article was originally published by Charles Murphy at That Hashtag Show on January 7, 2019. If…
Read More