Lately, I’ve been kind of trapped on memory lane. I have been revisiting a lot of shows that I spent most of my youth with. Among them was the spandex-wearing superhero team Mighty Morphin Power Rangers. Did you know it’s still been running for 27 seasons? Soon the show will continue with its latest season Power Rangers: Dino Fury on Nickelodeon. The franchise has had quite a history. Disney once purchased the series from its original owner Saban. At one point, they bought the rights back to kick start a new era only to sell it to Hasbro a few years later. Now, the future seems uncertain for the franchise. It’s 2017 film bombed at the box office and rumors have it that Hasbro won’t continue the contract with Toei that started the franchise. Fans fear that Dino Fury may be the end of the franchise’s TV run, as Hasbro starts focusing on other ventures.

We know little of what will happen. There has been no official statement regarding the Toei deal. Dino Fury has not aired yet. Power Rangers has been getting more focus from a mature audience, especially with the success of their BOOM Studios comics. This focused on an alternative timeline of the original Mighty Morphin team but the Green Ranger, Tommy, remains evil. It was such a success, the storyline was added as a selling point to the Power Rangers: Battle for the Grid game. The company is no stranger to offering some more mature stories to their audience. Their latest Netflix show Transformers: War for Cybertron Trilogy SIEGE certainly proves that they aren’t shy of embracing their nostalgia audience.

As such, we may see a stronger embrace of the original Mighty Morphin era. The first proof of this comes in a reveal surrounding the upcoming film reboot. Jonathan Entwistle, the mind behind the dark comedy The End of the F—ing World, is in early negotiations to explore a time-traveling team of teenagers with attitude. The film is to take inspiration from Back to the Future and will see a team of new Rangers end up in the 1990s. That just so happens to be the era that the original Mighty Morphin started. Time travel is also nothing new to this crazy franchise that has multiple different Ranger police forces, time travel agents, and dimension-hopping. What makes it stand out the most, is that its rumored to take place within the actual TV shows timelines. This is where the fun beings and let us see how that would work.

No worries, I won’t recount the entire 28-year history of Power Rangers. My own experience pretty much ended around Power Rangers In Space. Yet, realizing how many seasons there have been, I started exploring what these various seasons have done to continue the franchise’s mythology. After In Space, they started going down a route that each season is a unique story instead of an evolving story. There wasn’t a revolving door of characters switching out with other Rangers. Instead, they started from scratch with a unique villain. It was great to add diversity to the show but it also made it quite confusing for continuity. Every season had to reinvent the mythology but also had to include a callback to a previous one. tTe only connecting element is the morphing grid, the source of their abilities to transform.

To make things easier, let’s focus on Power Rangers that might play an important role in a time-traveling story.

Why am I naming these various teams? Well, the reason lies in the rumors surrounding the film. It states that while they will be mainly traveling back to the 90s, they will encounter a variety of different Rangers in their travels. Naturally, you can only spend so much time with a limited runtime. This isn’t a 40 episode season where you can take your time to fully explore each era. So, the easiest way to not waste too much time is to include Rangers whose mythology could be interconnected.

Back to the Past

So, how could they set-up an entire film that remains true to the history of Power Rangers but lets a new team take center stage? As mentioned previously, Time Force already focuses on a team that has this ability. As we learn in Power Rangers: Hyper Force, a Time Force Academy was founded to give young cadets the chance to become Rangers. A group of young cadets finds themselves at the museum of Ranger history. There stands the original time travel machine, which led to the foundation of the organization. Suddenly, alongside their mentor, they get sucked into the timestream back to the 90s.

Luckily, their mentor managed to grab test versions of new Morphers that could help her cadets remain safe. These were initially meant to be a gift for their official first training after they learned their history lesson. Out of nowhere, they get attacked by strange grey looking monsters. After morphing and defeating them, they run into the original Mighty Morphin team. Trying to figure out what happened, they start to realize that it wasn’t a malfunction but someone trying to return to the past. They seek out the machine that joined them on their journey to return to their time. After a fierce battle, they do manage to activate it and go forward in time. The only thing is, they didn’t go all the way back home and end up in the Lightspeed Rescue era. They learn how the Rangers went public at the end of In Space and became an important part of keeping the earth safe. Maybe they even get to see aged versions of the original Mighty Morphin team.

As they support the team of that time, the villainous plan starts to unravel. Their machine is being influenced by someone, who is targeting specific eras in Ranger history. It seems he is trying to make sure that they find an early end. The shadowy figure always seems a few steps ahead, as they seem to be targeting someone throughout the timelines. This new team manages to support the Lightspeed team of that era to stay intact and keep the peace. One more time jump sends them to the time S.P.D. was just starting, where they start to realize what is happening. Each era they have visited influenced the next. The small team of Lightspeed started to expand into what would one day be known as S.P.D. in 2025. Their next evolution step would be Time Force by the year 3000. Whoever was forcing these travels through time knew about the technology and was trying to make sure the Rangers of their era never form.

After chasing down the villain, they uncover that it was none other than Jen Scotts from further down their timeline. At that moment they realized it wasn’t the actual Rangers of that era she was targeting but rather one singular person. Her goal was to take out Tommy Oliver, someone they’ve been seeing throughout their journey. Scotts starts telling the story of how she fought an evil version of him in an alternate dimension called Lord Drakkon. She feared that there was just a slight chance he may have been affected in her timeline. Her paranoia led to the belief that he might have been building up an army and finding a way to keep himself alive even into the year 3000. As such, she made it her mission to stop him before he even gets a chance, but she was only able to travel for a certain amount of time. So, she tried to use the original machine to go further back in time to accomplish her plan.

She didn’t calculate on the fact that others would be dragged into her plan. They managed to keep the original timeline alive and Tommy got to live his life. During the era of S.P.D., they visit him to have her lose those fears. They are greeted by a friendly former Ranger, who had given up that life long ago. At that moment, Jen finally found peace and they were able to travel back to their time. Little did they know, something else was brewing and this new team might be facing a darker future than they expect once they return home. This film would help fans and newer viewers understand the world they are entering. It pays tribute to the original franchise while also exploring a completely new team of Rangers. The ending would then set-up a completely new storyline that isn’t bound by existing franchises. Unlike the 2017 version, they aren’t forced to go through what we are familiar with. They already visited different eras. So, now they can explore a completely new aspect of the franchise. Many fans want to see a live-action version of Shattered Grid. When a 2018 trailer for the comic run was released, it offered a small glance at the opportunity. It would be a waste not to explore it in a big-budget live-action film franchise. 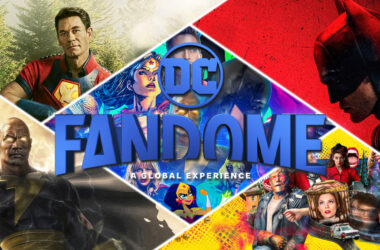 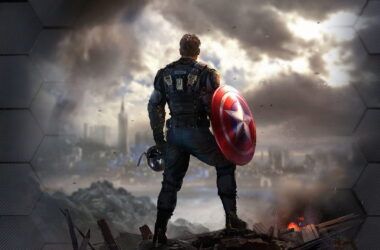 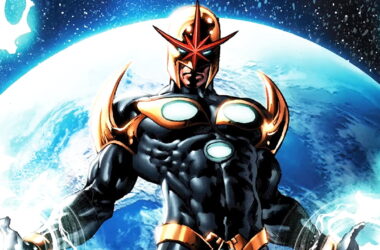