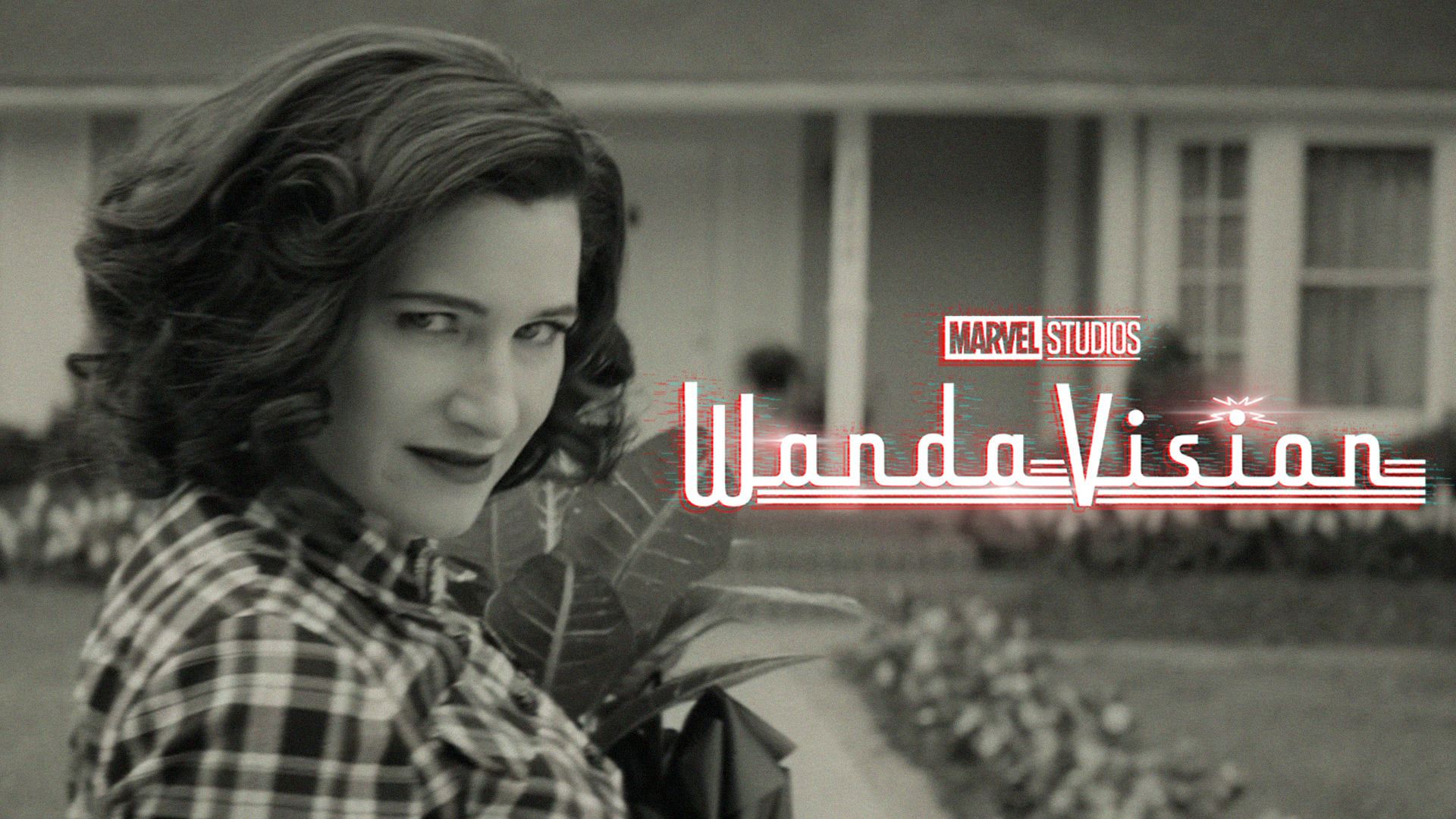 I know it’s not Thursday, but I just had to jump on this theory right after the latest episode. We are now creating an emergency theory of WandaVision‘s latest episode that just came out a few hours ago as I am writing this article. If you haven’t seen the new episode “Breaking the Fourth Wall”, turn away now. So, this is your last warning before we jump into the theory.

There will be some massive spoilers for the latest episode of WandaVision. Only continue at your own risk if you want to avoid any major reveals from the new episode.

The big secret is out. Agnes, the nosy neighbor, has revealed her identity as the sorceress Agatha Harkness. It finally confirms what Charles Murphy reported nearly more than a year ago. After a short montage, it seems as if Agatha has been behind everything all along. Yet, it could also be a misdirect, and maybe someone wants you to believe that she is. At first, it seemed like a fantastic revelation about how Agatha is the insidious villain whose behind the Westview anomaly. Yet I will play devil’s advocate and say that she might be innocent. 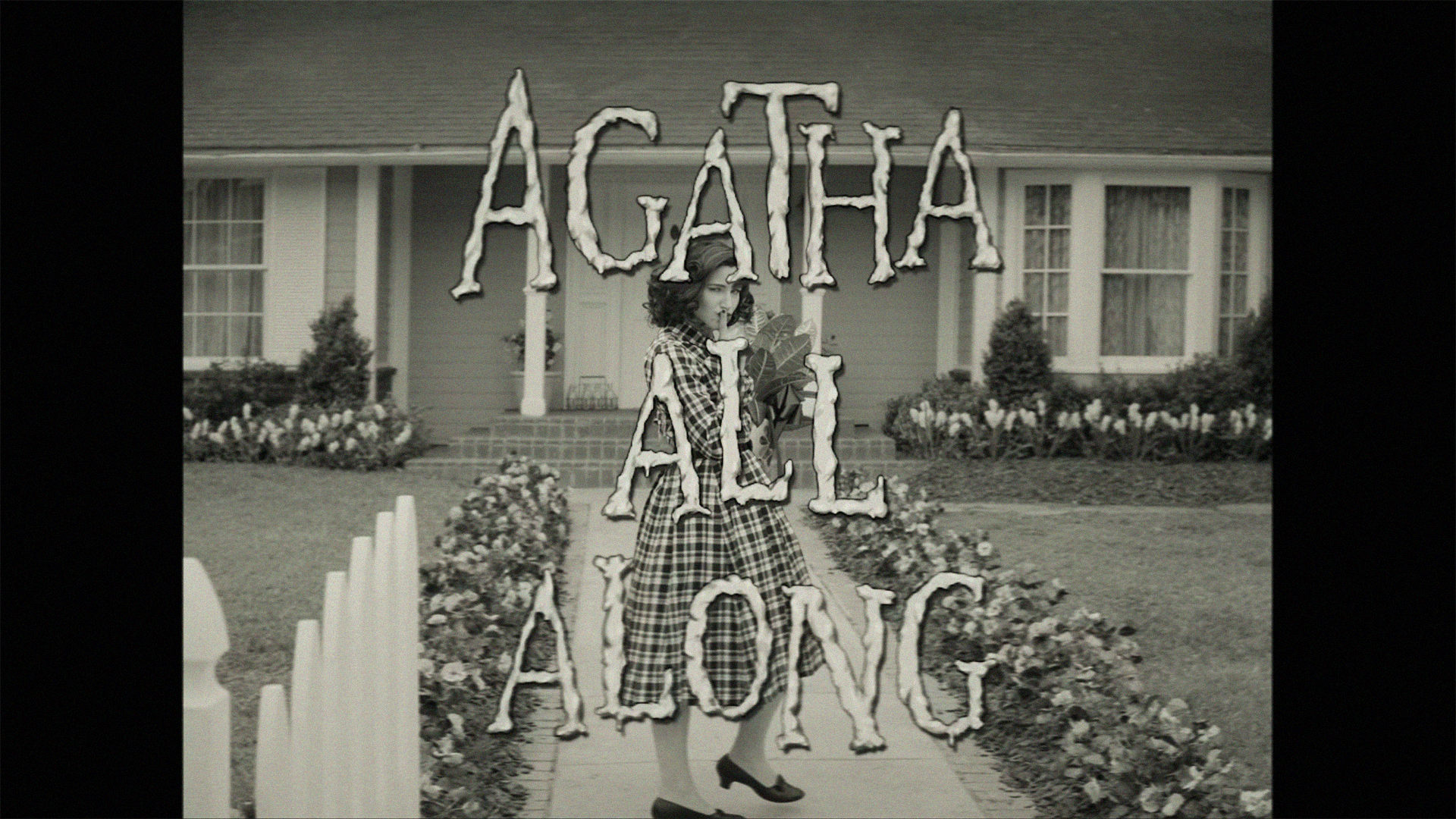 In the comics, Agatha’s never had an antagonistic role. On the contrary, she’s been helping heroes. In Wanda’s case, she taught her how to use her abilities. She even was the babysitter of Franklin Richards, the son of Mister Fantastic and Invisible Woman. So having Agatha be the villain doesn’t make sense from a comic book standpoint. Not only that, but there’s some compelling evidence that convinces me that Agatha isn’t behind it all, but rather, someone is making it seem like it is. During the “It Was Agatha All Along” sequence, there’s a line where she says: “And you haven’t even noticed, and the pity is.” That line woke my brain up to look for clues in this opening sequence, and I found something. Take a close look at Agatha’s hands in the following image: 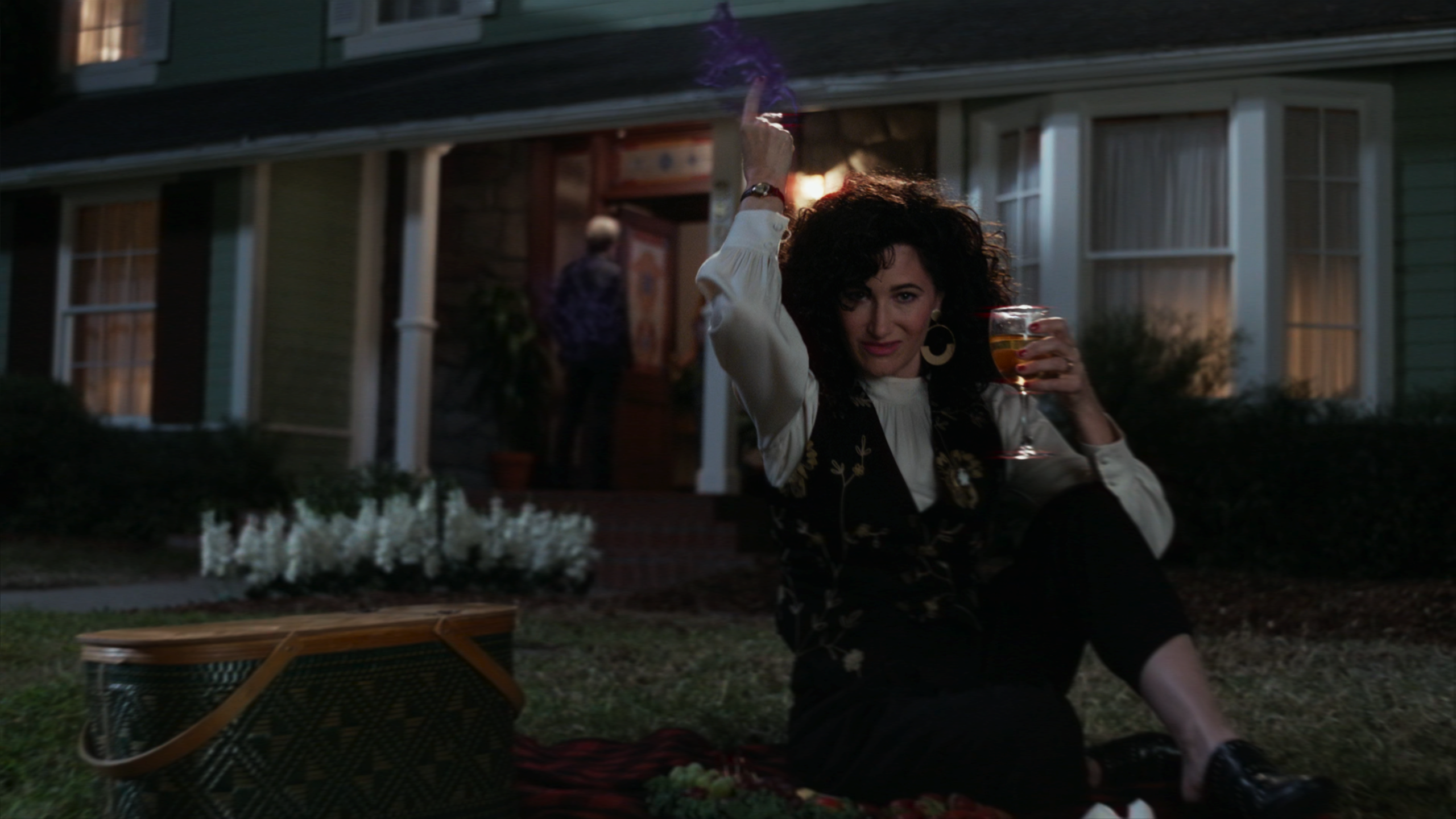 You have Agatha sitting outside on the patio, using her purple magic to conjure up whatever “Pietro” is. If you take a closer look, there’s something off with Agatha. It just seems like something is out of place. I’ll give you a hint: It’s red, and it’s a wiggly woo. You’ll notice that there are small red static lines around Agatha’s that are emanating from her hands. They show up again later on in the infamous Sparky scene as highlighted here:

That small blink-and-you’ll-miss detail doesn’t seem to sit right with me, and it leads me to think that something may be controlling Agatha in this sequence. And at the moment, there are two prevalent theories: 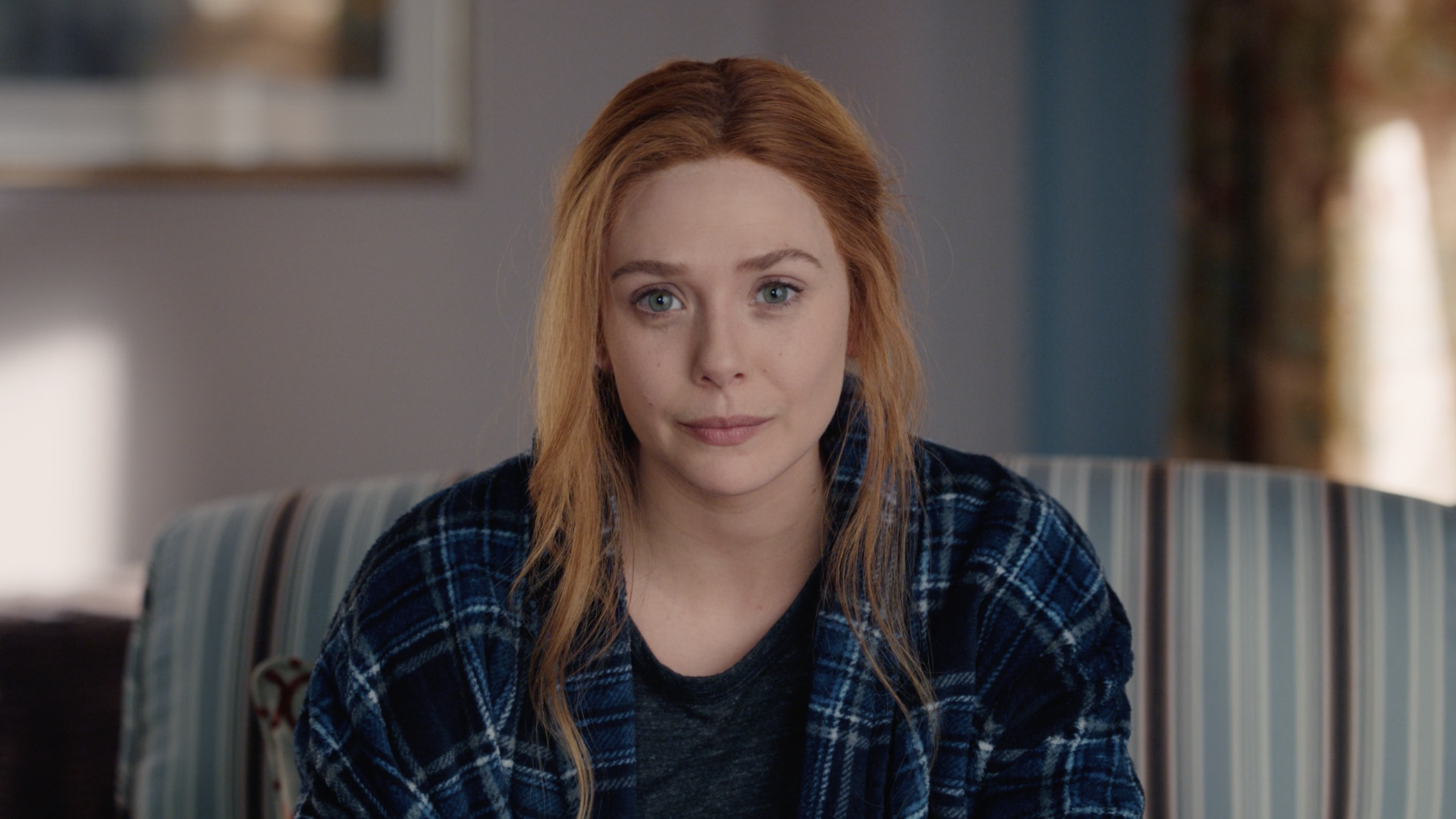 My buddy and fellow contributor Joseph Aberl came up with this theory. It looks like Wanda is the prime suspect for everything going on in Westview. She even admitted to it in her “interview” that this world was fake. So, it would be easy to assume that Wanda is behind it all. Perhaps she is painting Agatha Harkness as the villain at the end of this episode so Wanda can make herself not look like one. She might even be doing it subconsciously without realizing it, which would feed into the theory that Wanda might truly be losing her mind. That isn’t our only theory though.

There’s a somewhat similar red magic emanating from this strange book that’s in Agatha’s basement. The audio description of the episode confirms that it is red, which could draw its power the same way Wanda does. Now whatever this book is, it’s clearly malicious and could contain some very dark secrets for what’s going to happen later on in future episodes of WandaVision. Hopefully, we might get some kind of information or reveal the origin of this book.