WandaVision is a unique experience in comparison to the rest of the Marvel Cinematic Universe. It embraces its nature as a mystery show by continuing to confuse us with each new episode. There are many unanswered questions so far, but one stands out. Every sitcom-themed episode featured an advertisement that seemed connected to a traumatic experience in Wanda’s life. Until now, most of us focused on trying to figure out who the couple is that keeps reappearing. Current theories still point to them being Wanda’s parents, but it tends to overshadow one aspect of the ads. The latest ad features a paper towel brand named Lagos that fixes problems one didn’t mean to do. It reveals a rather interesting red liquid that, at first, seems mainly as a pun on spilling blood due to the incident. Yet, if we look at the other ads, you start to notice a pattern. We have the blue square of the HYDRA soap, the blinking light on the toaster, and the watch’s recurring reference to time. Each ad seems to represent an Infinity Stone.

Now, I am not the only one to notice this pattern. ComicBook.com’s Adam Barnhardt also noticed the trend in an article you can check out here. The before-mentioned red liquid is most likely Thor: The Dark World‘s Aether. Episode 3 introduces a blue-shaped square that is the Tesseract. Of course, the watch is connected to the Time Stone even if its iconic green color was absent. The toaster most likely builds on the joke from Tom King‘s The Vision run, where Wanda describes the poor Synthezoid as such. It seems to have a face with a blinking light where its forehead is, which creates the connection to the mind stone. As such, there are two more stones left that have yet to get showcased. It also matches that the next two episodes may be the last sitcom-based stories, as we haven’t explored the 90s or 2000s yet.

Let’s start with how the Power Stone may appear in an upcoming ad. Now, each advertisement has been pretty close to the era they represent. So, we need to think about a product that would best personify the purple rock. There is the possibility they could go down the route of the famous “A diamond is forever” commercial with the stone acting as jewelry. Yet, it feels like there is no actual connection to the stone’s ability. It’s about giving people power or even strength beyond human comprehension. It also needs to connect to an event that is traumatic for Wanda. Lagos represented Captain America: Civil War. So, the next installment would be Avengers: Infinity War. We all know what happened in that event, so it would be connected to head pains. What if the Power Stone is a purple pill that echoes the 1994 ad of Extra Strenght Tylenol?

Now, there is only the Soul Stone left. It is the toughest one to connect, as the whole concept of its abilities is uncertain. To some degree, I wonder if it may not get an ad, but rather a reference to the events that Thanos went through. So far, it seems plausible that Wanda’s abilities are connected to each one of the stones. She might be the first to introduce us to what it can do, as it could explain how Vision has returned from the dead and why we see her parents in the ads if that theory turns out to be true. I was doing some research on advertisements of the early 2000s, so there are, in my opinion, plenty of hilarious potential ways it may appear. Remember the strange hair-raiser Bumpit? It would certainly be hilarious to see that iconic stone of unlimited power is used to raise someone’s hair. Maybe it is in the form of something that warms the soul like a bowl of Chicken Noodle Soup from Campbells. Its strong focus on family-friendly advertisements would make it the perfect choice. It would be hilarious if they recreate the mysterious Soul World showcased in Infinity War, but the water is chicken noodle soup. That might not be likely, but we’ll see if the next advertisement has something purple or orange to confirm this theory. 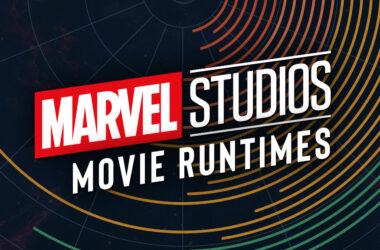 Over 13 years and 27 feature films, the Marvel Cinematic Universe has grown and evolved from an experiment…
Read More 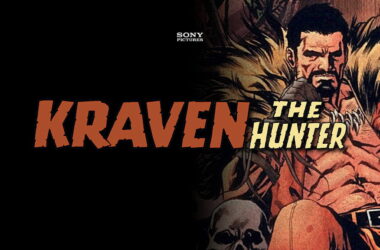