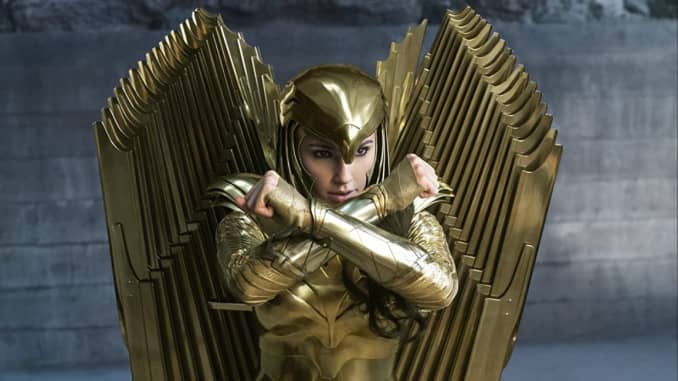 In our last look at the Box Office, it seemed that Wonder Woman 1984 was doing fairly well alongside its HBO Max release. It looked like nothing was standing in the way for Warner Bros. 2021 strategy to premiere its films simultaneously in theatres and on its new streaming service. Now, the only question was if the film would have legs to compete with Tenet‘s numbers when it launched back in September. Well, it looks like the true test revealed the negative influence of the streaming service, as WW84 domestic gross dropped by 67% in its second week. It is in stark contrast to the original Wonder Woman‘s 43% drop. It is closer to that of Batman v Superman and Suicide Squad. As such, the film has earned $28.5 million in ten days.

With these numbers, it seems unlikely the film will pass Tenet‘s domestic cume of $58M, but it could still grab the second spot, which is held by The Croods: A New Age‘s $34M. This stark drop may be connected to the availability via HBO Max, as even with a strong opening there is no reason to return to theaters once you’ve seen it. So, those few that are willing to visit a cinema within the current pandemic might not be as willing to do so. Of course, WB may be more interested in the long-term gain with how many additional subscribers they gain, which could counter the stark drop.

The film still has time to make a comeback, but at this point, it seems unlikely until Disney’s Raya and the Last Dragon by March. That film will be made available in theaters and Disney+’s Premium Access. We will see if the $30 additional costs will have a lessened effect on the film’s performance. It is difficult to really pinpoint any development given the current situation, so as Forbes points out, the usual Christmas legs may not apply after such a drop. The film’s discourse is also rather mixed, so that may have left an imprint. For now, WB may be questioning their 2021 film release plan.