Marvel Studios Moon Knight has filmed in near complete secrecy in Budapest, Hungary. Other than a few fans snagging pictures with stars Oscar Isaac and Ethan Hawke, vert little has made its way to fans. We know May Calamawy will play a key role in the series, but like Hawke, her role is unknown at the moment, and it seems French actor Gaspar Ulliel has snagged a supporting role as Moon Knight foe Midnight Man. Somehow, after months of filming, that’s all we know; however, if we connect some dots found on Instagram, we might be able to add one more to the cast of the upcoming Disney Plus streaming series.

A look at French actor Loic Mabanza’s IG page might just reveal that the actor has joined the cast of Moon Knight. A couple of recent posts indicate that Mabanza spent several weeks in Budapest, where the series has been filming. Additionally, Mabanza and Calamawy mutually follow one another on the social media app, which could indicate the two have spent some time together on set.

There are certainly plenty of other reasons the 31-year old Mabanza could be in Budapest and its possible that he and Calamawy met somewhere else (a quick check of IMDB does not list them as having worked together in the past); however, connecting the dots as done above leads to an interesting bit of speculation: Mabanza may have joined the cast of Moon Knight as Marc Spector’s archenemy, Raul Bushman.

Bushman was a mercenary who was working with Spector to protect an archaeological dig in Sudan. The job went sideways when Bushman killed the archaeologist and then shot Spector. As Spector lay dying, he was saved by the Egyptian god Khonshu and became Moon Knight. While Hawke is playing the series’ lead villain, Bushman plays a key role not only in Spector’s origin as the Fist of Khonshu but also throughout his career. Mabanza has the size and physique to pull off the physically intimidating Bushman and as a young, international performer, also fits the profile of actors that Disney has been casting for the show. Of course it’s entirely possible that Mabanza isn’t playing Bushman or even that he’s not part of the series, but if we connect the imaginary dots, we might have stumbled onto a key casting for the upcoming series.

Marvel Studios Moon Knight is expected to stream on Disney Plus early in 2022. 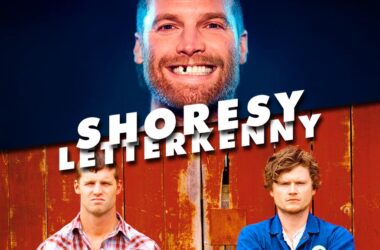 Letterkenny and Shoresy actor, Jared Keeso, has helped to craft two of the best shows on the small screen.
Read More