There’s a new AAA Marvel game being developed by industry legend Amy Hennig, whose previous work includes the Uncharted franchise, which she created, and Legacy of Kain, which she wrote, and a lot of fans seem to think it’s a Daredevil game. The reason why is because not too long ago, a rumor surfaced saying that Wolverine and Daredevil games were in the works. And because it’s been confirmed that there is a Wolverine game happening, fans think there might be credence to the Daredevil side of the rumor.

Let’s assume there is a Daredevil game and it happens to be the “narrative-driven, blockbuster, action-adventure” that Hennig described, just what kind of game does Daredevil need to have? What kind of game could it be?

Looking at the numerous video games based on comic books within the past decade paints a picture of what it could look like. The Arkham and Spider-Man games have their open-world and traversal. Square Enix’s Avengers has its co-op feature with multiple characters and builds to choose from. The new Guardians of the Galaxy game has a choice-driven narrative. The upcoming Midnight Suns is a deck builder. The Batman Telltale games are point-and-click detective adventures.

The most obvious one that comes to mind is the Arkham series. Given how that game pretty much serves as the gold standard for your defacto open-world game that has an emphasis on button-mashing combat makes it a very canvass to imagine Daredevil in. After all, Daredevil and Batman do share a lot of similarities; both were written by Frank Miller (but Miller turned Daredevil into Batman first a few years before he wrote Year One); both are trained ninjas; both rely on their physical acrobatic prowess; both use some form of radar sense (Bruce has his tech while Matt has his ears).

Combat-wise, Daredevil could certainly use some cues from the Arkham series but a system that automatically lets you snap to an enemy by mashing feels incredibly shallow and boring. The 2018 Spider-Man game really does a good job of taking the free-flowing fluidity of the Arkham-style combat while keeping the skill ceiling somewhat high. You also don’t want Daredevil to be a battle tank that runs over goons like Batman but you want a system that shows his graceful precision in taking down squads of enemies. You want his skills to have their limits and not feel unstoppable every step of the way.

A lot of people forget just how much of a traversal-heavy character Daredevil is. He’s a skyscraping acrobat that goes on joyrides with Spider-Man using his billy club. The 2018 Spider-Man has one of the most satisfying open-world experiences thanks to its freeing traversal system. While Daredevil is no Spider-Man when it comes to zipping through New York at 50 mph, you want a game that lets players use the billy club to explore to verticalities of whatever location he’s in. Amy Hennig‘s work on the Uncharted franchise could lead to some really robust platforming and traversal mechanics.

Thematically, a Daredevil game would benefit from some form of morality system. Be it one that changes the course of the story or one that has smaller changes in gameplay. Part of any Daredevil story are themes of faith and ethics so it’s a mechanic that would fit like a glove for any potential game. Should you beat this goon to a pulp or knock him out to get information? Should you stop Bullseye from assassinating a congressman or save the civilians he has hostage? Dilemmas like this should inform what happens to Daredevil.

Daredevil is a creature of the night, trained in the art of ninjutsu. So as a huge stealth game fan, I definitely would like to see a really effective stealth component in it. I know stealth mechanics aren’t a lot of people’s cup of tea but I especially love it when games offer the stealthy sneaky route as the more efficient solution. Games like The Last of Us had great stealth aspects that when utilized, tipped the scales to your advantage, as opposed to Ramboing your way out of an infected encounter and having your ass handed to you. You don’t have to sneak but sneaking makes everything a lot smoother.

Quite possibly the most important aspect is Daredevil’s signature radar sense. It’s his defining ability and a game that doesn’t take advantage of it would be a huge blunder. It’s a feature that should be incorporated in every aspect of the game including combat. It’s a mechanic so crucial unto itself that mechanics akin to the radar sense have served as cornerstones of certain games (LA Noire famously incorporated an interrogation mechanic that had players read whether a character was lying or not based on their facial expressions).

Having a radar sense mechanic leads to more varying gameplay opportunities such as branching dialogue trees and the like. It’s not unreasonable for a Daredevil fan to expect gameplay incorporating Matt Murdock’s lawyer life. Imagine a minigame where the player gets to work a witness on the stand during a high-profile court case by using your radar sense and other investigative abilities. It’s a no-brainer.

As far as the story goes, Hennig teased a completely new original story and take on the Marvel Universe. It’s hard to tell what she could mean by that but if I had to imagine a Daredevil story that was a completely new take, I would start with the setting. A Daredevil game set in Asia that looks visually looks like Ghost of Tsushima sounds too good not to imagine; picture Daredevil quietly infiltrating a Yakuza highrise in Madripoor. A story where Daredevil has to deal with a lot of occult Hand mysticism also sounds good; have him deal with the influence of the Beast as the player makes more corrupt choices.

Whatever the case is, whether it’s a Daredevil game or not, the idea that an industry legend like Hennig is working on a big Marvel game is more than exciting. We’re finally in an age where we have current-gen video games based on comic books that we can be proud of. For the longest time, it felt like the opposite.

But please be Daredevil. 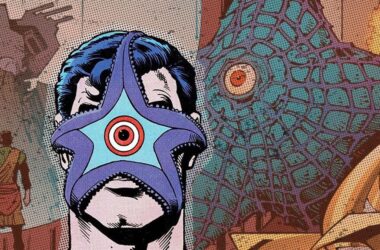 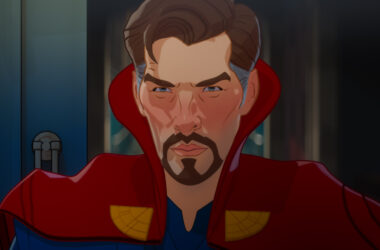 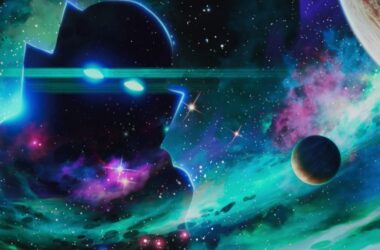 Murphy’s Team-Up brings the team together every Sunday to give their hot takes on a hot topic. This…
Read More