Episode 4 of Ms. Marvel, “Seeing Red”, ended on a very TV-esque cliffhanger that saw Kamala Khan witnessing the events of the 1947 Partition, which divided the British-occupied Indian subcontinent into India and Pakistan, displacing 10 to 20 million people amidst terrible and unprecedented violence that took the lives of as many as 2 million.

The Partition has served as a key point in the story of Ms. Marvel so far as it’s part of the story of Kamala’s great-grandmother, Aisha, the character around whom the central mystery of the 6-part series continues to revolve. Whether Kamala traveled through time to 1947 in Episode 4, or if she’s part of a more immersive vision than the ones she’s previously had is unclear. What is clear, however, is that what she saw on the train platform, and what she’ll see in next week’s episode, will connect her to Aisha in a way that passed down stories from her family never could.

In an exclusive interview with Sharmeen Obaid-Chinoy, the director of episodes 4 and 5 of Ms. Marvel, Charles Murphy asked about the emotional final scene.

Kamala is bringing audiences into something that is rarely visualized on screen, which is the 1947 Partition. And in that moment that she’s walking on the platform, she is not a superhero. She is bearing witness to this monumental period in history that carries such a generational trauma. I took hundreds of photographs from 1947 and recreated that on that platform to be able to tell that story.

Obaid-Chinoy went on to explain how the details of the scene, specifically the conversations among those on the platforms, were part of an escalation of emotions that ended in the chilling final shot that showed millions of people chaotically scrambling, leaving friends and family behind.

I wanted Kamala to be catching-to be listening into-these frenetic conversations that were taking place as people were leaving their homes. So she’s almost listening to snippets of conversations and each conversation makes you realize what it meant for those people to leave their homes and to leave relationships and to leave their family members. In the case of the father and the son, he was too old to travel and he was sending his son. This little girl thinks that her mom and her will no longer have a place on the train because it’s so packed. These two friends who are hugging, who’ll never see each other again. And so as she was walking through and she was looking, the anguish of the families was reflecting on her face as she was listening. So I think that by making it deeply personal and making it about families and them leaving their homes, anybody…it was transcending cultures and boundaries. Anybody who’s had to leave home or who’s experienced refugees could…it touched them in some way.

In closing, Obaid-Chinoy touched on how important it was that the audience slowly realize the scale of the historical moment and how the camera work in the scene put audiences right into the midst of the frenzy.

And the scale of it was so important, so to make her climb up on that train and to pull the camera back for you to realize that millions of people left their homes. You realize that when the camera pulls back, you see people just jumping onto the train and that frenetic energy…that is exactly how it was in 1947.

Of course, the full extent of Kamala’s experience with Partition, and the mechanics of how she finds herself there, are still a mystery but given Marvel Studios’ track record of using the fifth episode of their streaming series to wrap up the ongoing mysteries of the series, fans will likely learn considerably more next week. 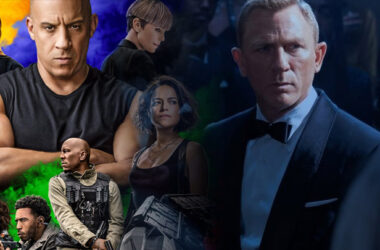 It looks like we have a new reigning king at the worldwide box office, as the latest James…
Read More 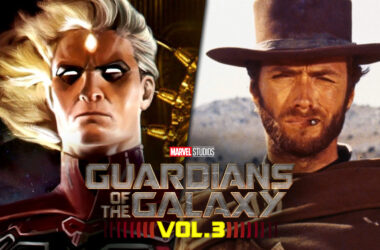 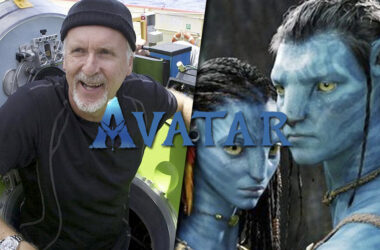