Just recently, Edgar Wright revealed that he and Kevin Feige finally buried the hatchet. To offer some context, Wright worked on Ant-Man back in 2003 with Joe Cornish. At the time, Artisan Entertainment held the rights before it returned to Marvel Studios. At one point, it was part of the original 2006 line-up alongside Iron Man, Thor, and Captain America before getting delayed due to concerns the technology hasn’t quite caught up with the idea. After a second draft and test reel, it would join the franchise’s second phase before Feige gave him time to work on The World’s End.

The problem was that the standalone script was facing issues with the Marvel Cinematic Universe’s growth. As a result, creative differences due to constant rewrites led to Wright leaving the project two months before production start. Six years later, he revealed that they were able to bury the hatchet:

I’m very glad I did it… he was really touched that I had reached out, and I feel what he wrote was great. I told him that I read what he’d said about ‘Aliens’ to James Cameron, which he said was just wild. So it was nice, it’s a nice happy ending to that story.

It is great to hear that these two titans in the industry were able to make amends. Wright left a lasting impact on how to do visual comedy in the industry. He moved on to direct Baby Driver, which continued to skyrocket his cinematic career that started in 2004 with Shaun of the Dead. So, it was a huge loss for everyone involved that he could not realize his vision of the original script that Joss Whedon described as Marvel’s best. Now, it seems like a distant dream that may never see the light of day. Well, at least that was until Marvel Studios’ latest project, WandaVision, proved we are in new territory.

Marvel Studios’ expansion into long-form storytelling introduced us to a show that embraced its sitcom inspirations completely. It broke the formula that has plagued the releases even after the Marvel Creative Committee finally was disbanded. Kevin Feige had the freedom to give his directors more freedom. Guardians of the Galaxy director James Gunn confirmed that Marvel CEO Ike Perlmutter and his committee added haphazard notes that disrupted the production process, such as their decision to ax the Awesome Mix.

They probably added to the tension surrounding Wright‘s Ant-Man. After some time has passed since they got disbanded, we have a new and more diverse future for Marvel Studios. WandaVision is proof they are willing to explore new types of stories. Even their films have changed drastically over the years. Thor: Ragnarok proved how much freedom a director has nowadays. The MCU project is truly a vision that only Taika Waititi could bring to the silver screen. We are not talking about the same Marvel Studios from five years ago.

As such, there is a possibility they use the current multiversal storyline to create unique one-offs that explore existing characters. They could explore a past story within the MCU that doesn’t have to concern itself with the overarching storyline too much. How about we go back in time to follow a young Hank Pym and Janet van Dyne becoming heroes in a pulp-era? The early times of using Pym particles and his adventures as Ant-Man. It still feels like the one storyline Marvel has yet to explore, and it is a waste. It would be a great Disney+ film or TV series, where he can go wild with ideas that were tragically lost when the original script got scrapped. Even if that chapter ended, I will always keep out a little hope that there is a possibility of him returning and make the film he worked so many years on. 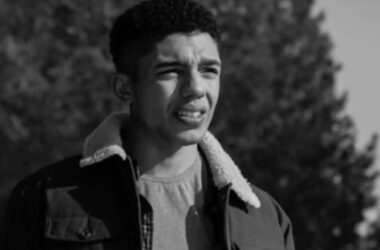 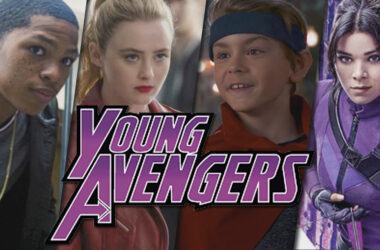 If the Marvel Cinematic Universe’s Phase 1 was about building to The Avengers, Phase 4 has been about,…
Read More