What is Emma Stone up to?

Earlier today, it was disclosed that Emma Stone would not be participating in Damien Chazelle’s upcoming project “Babylon” due to some scheduling conflicts the actress is currently facing. Let’s discuss what the project Babylon was about. Babylon is a film directed by Damien Chazelle, the director of La La Land. Details on the film are scarce but we know that the film has to do with Hollywood in the time where silent films were transitioning to talking films. The film is set to star Brad Pitt and was rumored to also have alongside Tobey Maguire, who is a producer for the film, along with Olivia Hamilton, Matt Plouffe & Marc Platt. Unfortunately, Emma was unavailable for the role due to scheduling reasons and they are now planning to incorporate Margot Robbie in her place. So let’s talk about what’s particularly interesting here.

What exactly is Emma Stone shooting?

Now I want you to bear with me for a second here. Emma Stone is an Academy Award-winning actress. She won Best Actress in 2017 for her role in La La Land, a film directed by the same director who is working on Babylon. And in a film starring another Academy Award winner, Brad Pitt, set in Hollywood, the film just pretty much smells of Academy Award nominations. So why turn the part down? AND FOR SCHEDULING CONFLICTS NO LESS? There was nothing on her schedule for next year besides Babylon, and now that’s out of the picture, so what else could she be doing? What project could possibly have captured Emma Stone’s interest to the point of turning down a film with the director that assured her first Academy Award? This is where we enter our speculatory stage. There is a strong possibility that Emma may have turned down the role in Babylon for something far more valuable in this business. A role in a movie franchise that is adored by millions and billions of fans worldwide…

Now, this is just pure speculation but just think about it. Gwen Stacy was a role that fit Emma perfectly in The Amazing Spider-Man (2012) and The Amazing Spider-Man 2 (2014). It was a role that many fans considered one of the silver linings of the franchise. The possibility of Emma Stone returning to the Spider-Man franchise is absolutely possible, considering the massive rumors of Spider-Man 3 possibly being a Live-Action Spider-Verse film. How exactly she might fit into the story can go in many directions, considering Gwen Stacy met her untimely demise at the end of The Amazing Spider-Man 2 (2014). Perhaps she may be Gwen Stacy from sometime before the events of TASM 2, or perhaps she may be from an entirely different universe. Who knows, maybe even a Gwen who has Spider powers? Only time will tell what exactly Emma Stone is really up to. 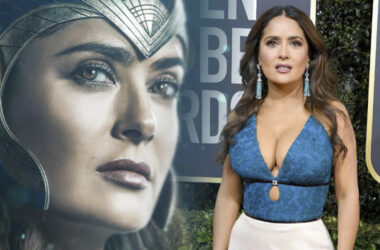 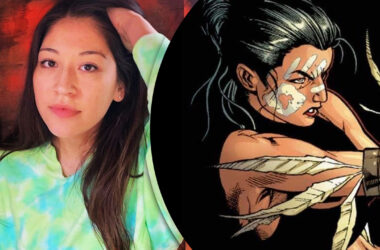