Between the Illuminati, Mount Wundagore, and Clea taking Doctor Strange into the Dark Dimension in the mid-credits scene, Doctor Strange in the Multiverse of Madness certainly left plenty of room for several more stories to continue. Another obvious example was the film’s introduction of Xochitl Gomez’s America Chavez, the dimension-hopping young heroine at the center of the movie’s plot.

As many know, America is an iconic Young Avenger in Marvel comics, so her presence definitely teases that concept. But while Multiverse of Madness generally kept her comic’s origin story intact, it appeared to make a major change that could impact the young hero’s journey going forward. It also left the character in a place that could hint at how the MCU might build a Young Avengers team.

We only get a brief glimpse of America’s past early in Multiverse of Madness, but we know that she appears to come from an alternative universe or dimension. She does not specify further, but we also learn that she apparently has no variants. In an infinite multiverse, that would not make sense. It is likely that the place America is from in the MCU is outside of the multiverse, which would follow the comics.

In the Doctor Strange sequel, America accidentally transports her moms into some random universes when she unintentionally used her powers as a child. While America is convinced they are dead, Doctor Strange reminds her that they could likely be out there somewhere. If her mothers are not dead, that could open up an entire storyline for America to go find them. Teases like this almost never amount to anything, so it is curious whether the heroine would get some solo time to explore that arc or if it could be something that ties into an eventual Young Avengers story.

The end of Multiverse of Madness sees America at Kamar-Taj, working on sorcery skills in a way reminiscent of Stephen Strange in the original Doctor Strange movie. Her main challenge in the film seemed to be controlling her existing portal-creating powers, so the tease that she may be on the path of a sorcerer is very interesting.

On one hand, it potentially sets up a mentor-mentee relationship between Doctor Strange and America Chavez similar to Clint Barton and Kate Bishop in Hawkeye. While this does not necessarily have any comics backing, it could be the MCU’s way to gradually bring in and develop the young characters in organic ways in other projects before jumping into a team event.

The fact that America now has some connection to magic could also hint at how other Young Avengers may be brought into the fold. On one hand, Wanda Maximoff’s son Billy later becomes the superhero Wiccan in the comics. Wiccan also becomes the same Demiurge that creates the Utopian Parallel, so Multiverse of Madness potentially connects America and Billy in several ways. With the Loki Disney+ franchise still going, there is also potential for Kid Loki to become a significant character in the MCU. Kid Loki, of course, has powers connected to magic as well, but he was also the character that brought America and Billy together in the first place. That arc ultimately saw the formation of the Young Avengers.

America’s connection to sorcery may make a future team-up of young heroes easier, considering she would already exist in spaces characters like Bully Maximoff and Kid Loki might. In addition, her potential relationship with Doctor Strange may allow her to stick around in various other projects before Marvel Studios is ready to take the leap into a true Young Avengers project.

Fans can see America Chavez in Doctor Strange in the Multiverse of Madness, which is now playing in theaters.

5 ‘What If…?’ Episodes Set Up in ‘Doctor Strange in the Multiverse of Madness’ 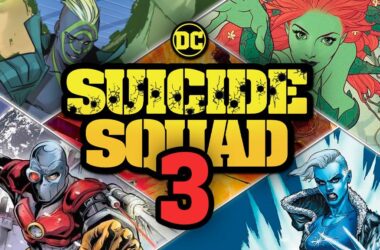