With What If… ?’s season finale just around the corner, it’s a good time to look at the future of the series and where it can go from here. While the show has certainly given us what it promised – and arguably even more in cases like the Doctor Strange episode and the recent penultimate Ultron episode – but What If… ? hasn’t always stuck the landing. A leading cause for this is the restraints the series has received, whether by design or for practical reasons. Breaking free of these would take What If… ?‘s second season to another level.

What If… ? is a unique venture for Marvel Studios, so it certainly comes across at times as though the writers and producers were testing the waters rather than jumping straight into its full potential. Part of why they may have felt so restricted is the uncertainty around the debut of their first animated series that’s also their first exploration of the multiverse, and, on top of all of it, being canon to the rest of the MCU.

The creators likely did not have the full green light to go wild with the series from the start, as that arguably could have lost too many casual viewers. Those fans who are not particularly invested or knowledgeable in every facet of the universe could have felt lost or left out fairly easily. By easing us into familiar stories and using them as strong baselines for virtually every episode, it’s more accessible.

But these restraints can make it feel stale, too familiar, and not the greatest use of what the What If… ? concept has to offer. As always, “there was an idea” to explore universes beyond our own and expose us to theoretically unlimited situations. Situations that could not only provide meaningful additions to the MCU. Not just that, but also entertain viewers with new ways that characters and stories could be used to show off Marvel’s painstakingly-grown universe and honestly throw out some fan fiction-type bait. Hopefully, the series can grow into a much more complex set of storylines and themes apart from what can come across to some with Season 1 as sort of the bare minimum. There are obvious ways that What If… ?’s Season 2 can grow and evolve from the series’ debut.

The creators should move on from testing the waters and dive right into the deep end. With the multiverse at play, there is literally nothing stopping writers from going wherever they want. It doesn’t matter if it’s recognizable or entirely new. They can do away with their reliance on existing MCU movies as starting points, and simply start stories from scratch. Being able to tell stories beyond an audience’s wildest dreams is precisely the power the series can wield, particularly given its canonicity. It absolutely can be a franchise of its strength, but it needs to own it and strut it.

Season 1 held viewers’ hands through the concept and lightly introduced everyone to arguably one of Marvel Studios’ most ambitious and risky entries to date. We respect and thank you for that, What If… ? but even some of the more beginner viewers already now have a strong taste for what the series is giving them and what the series could be giving them. We’re ready to take off the training wheels and take a much more exhilarating ride with the series.

Lastly, What If… ? can distance itself from some of its technical or practical constraints and crutches. While this certainly falls into the categories above, it’s worth a mention. For starters, the half-hour runtime truly crams what essentially is a remix of two-hour films into thirty minutes. The episodes can undoubtedly feel rushed, and there can be wasted opportunities to dive into some interesting aspects in each universe that are often alluded to or just plain curious. The T’Challa Star-Lord episode benefited the most from being completely disconnected from any existing property outside of its initial pitch.

Moreover, it is unclear how important having the original live-action voices are to the making of the show. While it certainly helped with the training wheels, it arguably sacrifices the quality of the storylines and sub-plots when certain characters seem to be reintroduced in ways that don’t make the most sense within the context they are added to. Yet, there’s undoubtedly a “cool” aspect to bringing back well-known and even minor characters with the original actors in an animated adaptation. To be fair, it also adds to the series’ current overall practice of mixing and matching familiar elements into new(ish) stories. Still, breaking free from any dependence or preference on that to put the focus entirely on the stories themselves could prove valuable.

What If… ? has delivered a solid series thus far. While plenty of the episodes suffer from some of the restraints noted above, there were undoubtedly standout episodes that hinted at the series’ future ability and intention to go bigger and bolder. If Season 2, off the heels of what looks to be a promising Season 1 finale, can look to the vast open space of the multiverse and its endless possibilities as the future, while looking at its reliance on the pre-existing MCU as the past, the future of What If… ? could be breathtaking, wild, weird, and a blast. 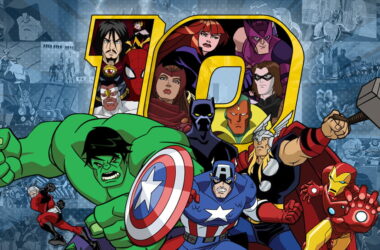 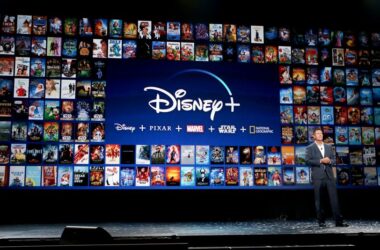 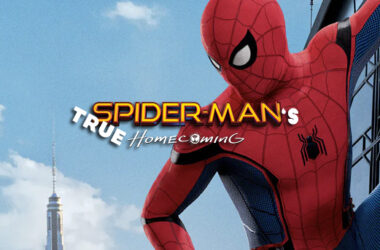