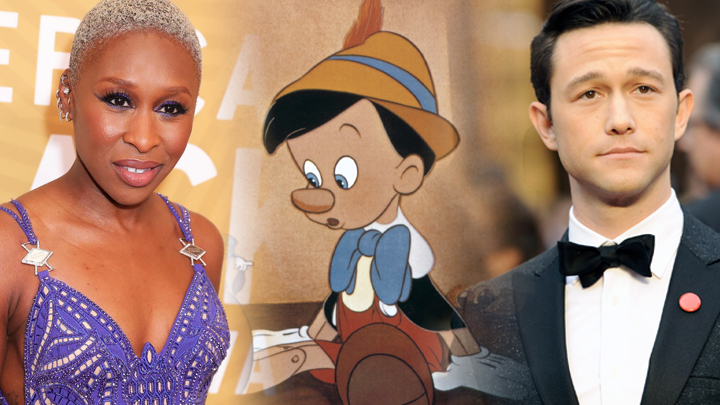 Disney has been busy developing their next live-action adaptations of some of their classic animations. A few days ago, Jessica Alexander joined the upcoming remake of The Little Mermaid. That wasn’t the end of it just yet. They’ve also been busy casting their cast for the Robert Zemeckis-directed Pinocchio. The Wrap has reported that Cynthia Erivo closed a deal to play the Blue Fairy. They also found their Jiminy Cricket. Joseph Gordon-Levitt has joined the production as the helpful companion. They are joining Keegan-Michael Key as Honest John and Benjamin Evan Ainsworth, who will voice the titular Pinocchio.

The film will be adapted based on a script by Zemeckis and Chris Weitz. It will start production in the United Kingdom. It is joining other Disney adaptations that will head directly to the Disney+ streaming service once it premieres, as revealed in Disney’s Investors Day. Guillermo del Toro has also been working on a new adaptation of the iconic wooden boy, which will be a far departure from the Disney original. It will be interesting to see how different these two visions will end up being when they release.

Erivo has quite the background. She appeared in the films Widows, Harriet, and the HBO series ‘The Outsiders. She has been quite busy with her debut album and a children’s book on the way as well. The actress will also portray Aretha Franklin in the upcoming series Genius. It is great to see her join the upcoming Disney+ film, and it will be interesting to see what she brings to the role of the Blue Fairy.