Since his first appearance on Supergirl, Tyler Hoechlin’s Clark Kent has sported the same suit. There was one exception, as he wore a black variant in the Elseworlds crossover, but that was technically Doctor Destiny pretending to be Clark via the Book of Destiny. Never the less, he was bound for an upgrade sooner or later. Now, the first season of Superman and Lois is set to hit the CW early next year as the newest addition to the Arrowverse, joining shows like Batwoman, Flash, Stargirl, and Black Lightning.

While they aren’t the best, new set photos have given us our first look at what Hoechlin’s new suit will look like and it already seems to be a vast improvement on the first with a much more streamlined look with the removal of the infamous cape clips a new belt, new red boots, and what looks to be a much brighter emblem on his chest. The look is highly reminiscent of the look Superman first sported back in 2016 at the dawn of the current DC storyline, Rebirth.

Superman and Lois is set to take flight on February 23rd. It will feature the return of Tyler Hoechlin’s Man of Steel and Bitsie Tulloch’s Lois Lane as the couple adjusts to parenthood on a post-crisis Earth-Prime, where Clark will have to balance being a superhero and a father. 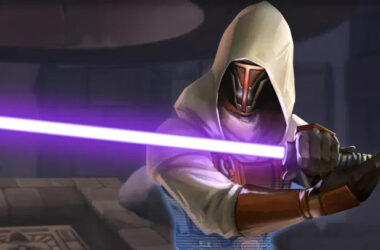