It’s only been a few weeks since we got our first details on the Beast Wars-inspired Transformers film. Steven Caple Jr. is directing the film titled Transformers: Rise of the Beasts that will introduce moviegoers to a variety of new factions including the Maximals, Predacons, and Terrorcons. We did get the hint that Optimus Prime will return and some new leaked set photos to confirm exactly that alongside what is very likely Bumblebee.

Yellow with two black stripes is his iconic look. The design also seems very similar to the one we see him transform into at the end of the Bumblebee film. So, it may be our first hint at it being a direct sequel rather than a full-on reboot of the franchise. We also get a good look at Optimus Prime, whose truck form seems strongly inspired by the IDW comics. The set photos were shared by Twitter user @3CFilm.

Sweet first looks at the Transformers Designs for the new movie #TransformersRiseoftheBeasts pic.twitter.com/dqL3g0hVn5

It’s uncertain if the white truck next to Optimus Prime might also be another Autobot, but it might be likely. Of all the franchises, Transformers didn’t seem like the kind of film that would have set leaks, but car designs can say a lot about the film’s direction. Optimus Prime’s simpler design may be an optimistic hint that they will continue the more cartoon-accurate designs from Bumblebee. It’ll be interesting to see if they have practical Maximals on set as well. We are moving away from the classic designs with more animalistic base forms. Now that Michael Bay has left the franchise, there’s a great chance to redefine the story moving forward and these are some good hints that they are doing that exactly. 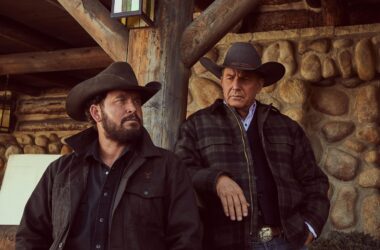