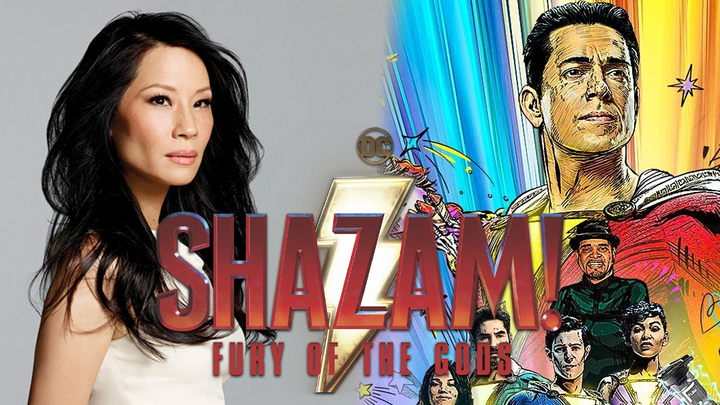 The upcoming Shazam sequel has added another iconic actress in a villainous role. Lucy Liu, star of hit films like Kill Bill and Charlie’s Angels, has joined Shazam!: Fury of the Gods as the goddess Kalypso. Her character is the sister of the previously announced antagonist Hespera, who will be portrayed by Helen Mirren. Their characters are both the daughters of Atlas. So far, we haven’t heard anything on his casting and are waiting to find out who plays the younger sibling. Shazam!: Fury of the Gods will see the return of Zachary Levi in the title role and David F. Sandberg in the director’s chair. The rest of the supporting cast is expected to return from the first film, performing a screenplay written by Henry Gayden.

The character Kalypso does not have a counterpart in the comics, and will instead be based on real Greek mythology. Her father, the aforementioned Atlas, is one of the two “A”‘s in the name Shazam. He’s where Billy Batson gains his superheroic stamina. The other Gods that make up that title are Solomon, Hercules, Achilles, Zeus, and Mercury. There is still no word on whether any of these Gods will appear to exact their fury, or if the film will focus squarely on the family of Atlas. While details surrounding the movie’s plot are still mostly under wraps, it is expected to tie into Dwayne Johnson‘s long-awaited Black Adam spin-off. While Johnson‘s anti-hero may not be a vengeful god himself, he traditionally likes to act as though he were one.