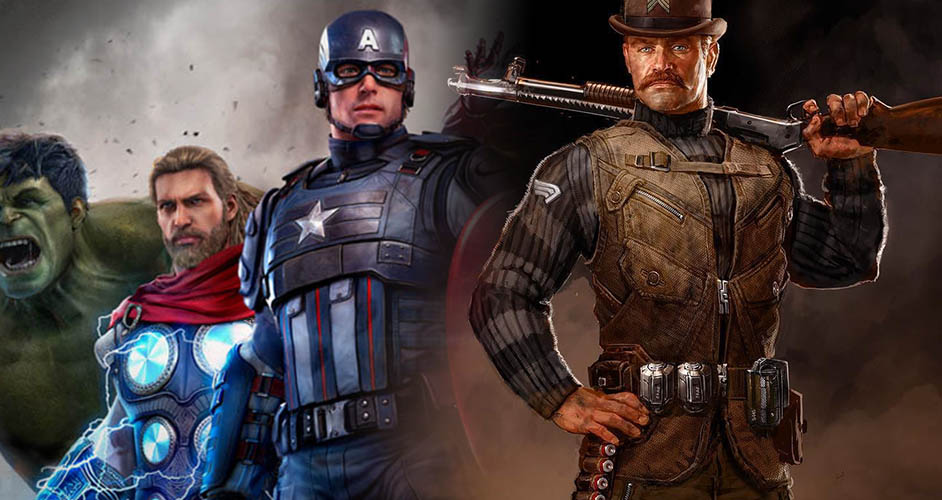 There truly is no rest for the wicked. In the last few days, we have been getting a lot of unofficial leaks for upcoming characters. Don’t worry, this time it actually is an official tease by the developers. Now, it seems that Marvel’s Avengers’ official Twitter account is starting to be subtle about future updates. In an official tweet, they asked players what their favorite quote was and included a GIF from the game. Nothing too big about it. Yet, the moment it starts repeating you realize that two areas are being shown off. The first is the underwater base that is the focus of Black Widow’s mission chain. It’s the last few seconds that really grab our attention.

"Your differences are your greatest superpower."

What's your favorite quote from the #Reassemble Campaign? pic.twitter.com/EfPMTzDYtI

Yeah, that is Dum Dum Dugan in the green sweater and bowler hat. We haven’t seen this character in the Avengers game outside of a short tease. The first joint mission in the Snowy Tundra reveals that Nick Fury has vanished. He left messages for the remaining members of S.H.I.E.L.D. So far, we’ve only met Hill through mission briefings and she will be the main focus of the upcoming S.H.I.E.L.D. Substation Zero that was featured in the last major War Table video. If we compare the teases from that video, this area in this GIF are definitely the Substation. The overgrowth in the background is the dead giveaway.

So, why does this matter? Well, this confirms that the character will be around in the Substation rather than as his own faction. He was a prominent face during Fury’s speech so many of us thought he would be splintered off into his own section. Even the recent leaks of UI visuals teased a War Council faction that seemed fitting for the Howling Commando. There is still a chance he splinters off into his own storyline so this might be a set-up. It is just interesting that the character only showed up now after being teased early on in the Reassemble campaign. Also, it is strange to include him in a random GIF. There is a good chance they are teasing an upcoming update to officially build some hype for the Outpost and A.I.M. Secret Lab update.