The upcoming Disney+ series, What If…? is set to explore vast new realities in the Marvel Cinematic Multiverse.  It’ll flip the scripts on the many films and stories we’ve witnessed over the years. The show can truly pan out in several unexpected ways, and it’ll leave the imagination to wander in how many ways events could have gone differently. We already know a couple of the scenarios that are meant to take place, like Agent Carter receiving the Super Soldier serum, and Yondu picking up T’Challa instead of Peter Quill. But with an infinite number of realities, there are so many potential concepts and events that this show could explore. This is why we turned to the wonderful people in our Knowhere Discord server and asked them to come up with possible new What If scenarios they would like to see play out in future seasons of the show.

What if Wanda Maximoff Became the Sorcerer Supreme?

In this alternate reality, Wanda Maximoff would have gone through the same journey as Doctor Strange. She sets out to search for Kamar-Taj in hopes of looking for an understanding of her power. Upon finding it and meeting the Ancient One, rather than meeting Tilda Swinton‘s version of the character, it is Agatha Harkness holding the mantle. This is would set up quite the twist on what the audience would normally come to expect. The idea of Harkness defeating the Ancient One and taking her place as the Sorcerer Supreme has many implications. She transformed Kamar-Taj into a new coven to train the next generation of witches. Wanda taking on her mantle and follow in the witch’s footsteps would be quite a fascinating storyline.

What if Mysterio’s Original Plan Worked?

In this particular scenario, we explore a universe in which Quentin Beck’s identity was never figured out by Peter in Far From Home. In this reality, the audience would get the opportunity to see what a world with Mysterio in a position of power, similar to the likes of Iron Man or Captain America, would look like. If his plan had worked, the governments of the world would grant him access to power and weaponry. He would continue his fantasy of being a hero and fight fake enemies all around with illusions and such. As time would go on, however, and given how unstable he was, he could have potentially fallen prey to his own illusions and end up escalating the situation. It could even lead to governments potentially taking nuclear action and plunging the world into potential chaos.

What if Quicksilver Survived?

This was an idea that had always been played around with since the release of Avengers: Age of Ultron. Given how the MCU played out following the events of the film, it would have been interesting to see what role Pietro could’ve had in Captain America: Civil War. Imagine a scenario in which Pietro joins Tony’s side after understanding his guilt. The idea of Pietro and Wanda being on opposite sides of the confrontation would add a curious twist to the original storyline. And if Pietro continued to survive even into  Avengers: Infinity War, it opens up the question of how he would move on with his life after losing his sister to the Snap. What could he have done in those past 5 years?

What if the Villains Fought Thanos?

Our Discord very much supported this idea and had many concepts as to how this particular scenario could have played out. In a world where every single hero failed to defeat their proper villain, it introduces a scenario in which each respective villain dominated an aspect of the MCU. Yet, if Thanos threatened the villains’ way of life by continuing with his plan to wipe out half of the universe, it would be an interesting play on the events of Infinity War with all the villains joining forces to ultimately do an act of good, not to save the universe, but save themselves.

What if Coulson Died in Captain Marvel?

One of the pitches from our Discord members centers around an important character when it comes to the formation of the Avengers. If Coulson had died in Captain Marvel, then the ripple effects of this would have led to Fury remaining a lower-ranked SHIELD agent, leaving Earth defenseless against the Chitauri Invasion. As such, Loki becomes the King of Midgard. He would take control of Black Widow, Iron Man, and Captain America, much like he did to Hawkeye in the first Avengers film. Following the battle, Fury would have to take the lead and form an unlikely team consisting of Thor, Hulk, the Ancient One, Ant-Man (Hank Pym), Black Panther (King T’Chaka), and Captain Marvel. It ends up with a battle against Loki and his own team of superpowered villains. 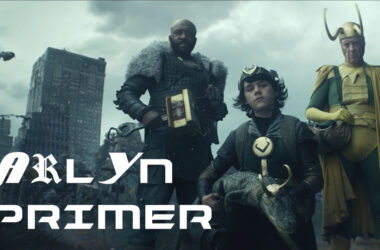 After a little bit of lull in episode 3, episode 4- Nexus Event- brought more to the table.…
Read More 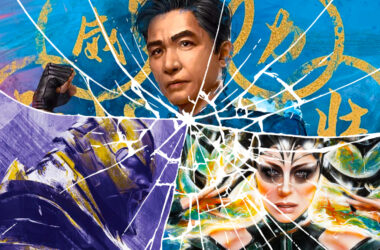 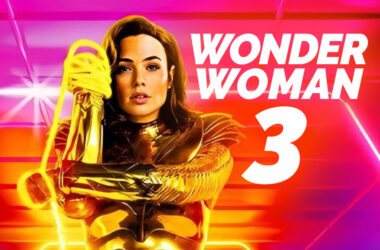