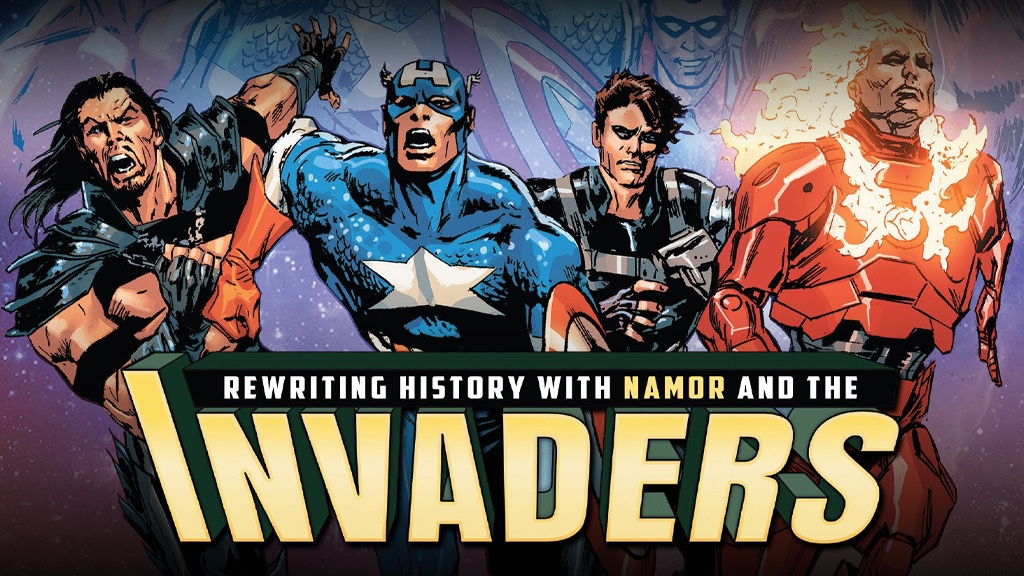 Before there were Avengers or Guardians of the Galaxy, there were The Invaders. The group, created in the 40s and branded as the “All-Winners Squad,” came together during World War Two to help American forces take down Hitler and the Axis powers. The team has since been a recurring presence in the comics, often appearing in flashbacks showing the valiant efforts of heroes now lost to time. Captain America: The First Avenger was riddled with references to the Invaders, but with Cap’s time in WWII coming and going, it seemed we missed our chance to see the team in live-action. That is, until it got reported that Namor, the Sub-Mariner, will make his live-action debut in 2022’s Black Panther: Wakanda Forever. Namor’s arrival to the MCU opens the door for this team to join him in the public eye, and with some tweaking, that bygone group could become Marvel’s most timely heroes yet.

The Falcon and the Winter Soldier showed us Marvel isn’t afraid to retcon their own history. Revelations about Isaiah Bradley showcase how they can introduce characters and stories that we haven’t seen before. The filmmakers at Marvel seem to have made the bold and geographically correct decision to make Namor and his Atlanteans descendants of the Mayan Empire, as evidenced by the hiring of Tenoch Huerta. As such, he wouldn’t fit the norm of that time’s propaganda. If the Sub-Mariner had emerged from the depths to fight Nazis, it’s a fair criticism to say the government might have covered it up to prevent societal panic and added these victories to Steve Rogers’ legacy. After all, S.H.I.E.L.D. does seem to know something important is in the Atlantic. With that in mind, what’s stopping the same logic from extending to the whole team? 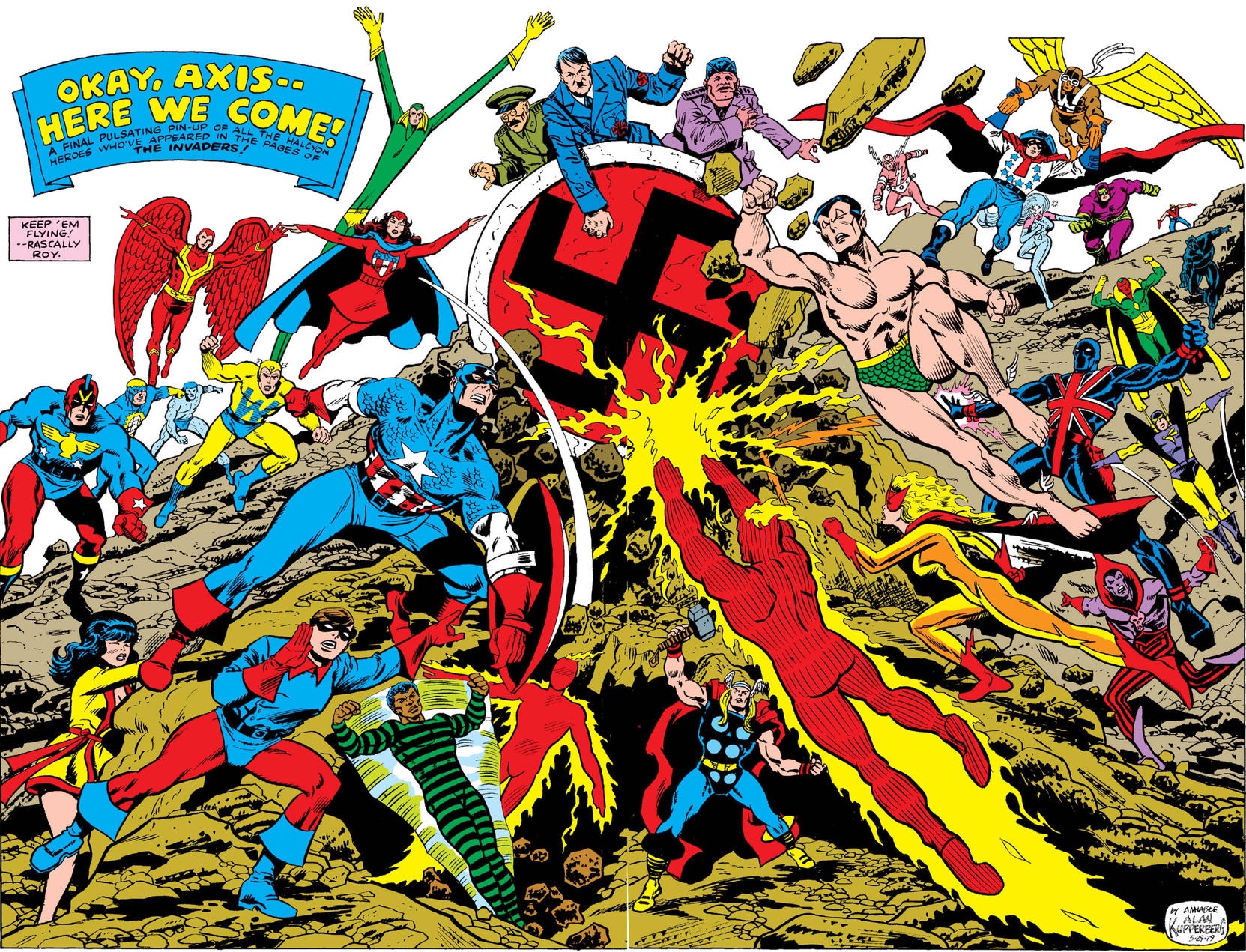 Marvel Studios has a golden opportunity to craft a film, or Disney+ series, about of group of outcasts who come together to end a war in the wake of Captain America’s disappearance. A team consisting of heroes that hid from the world, and whose legacy would eventually be swept under the rug by an ungrateful nation. An Invaders project can potentially be a perfect thematic extension of the “hidden heroes” concept presented via Isaiah Bradley in FATWS. I think Marvel should seize the opportunity to rewrite MCU history.

Outside of Namor and Captain America, the Invaders roster has always been populated by lesser-known names from Marvel’s vast library. Due to the timing of their creation, these characters were often on the campy side with wacky origin stories and outlandish adventures. It wouldn’t be too difficult to take costumed vigilantes of the day and change their features to make them a little more interesting for the modern audience. Some changes could even use ideas that have existed in comics and connect the story to the grander MCU with ease. A good example of this would be one of the Invader’s most frequent members, Union Jack.

The most well-known Union Jack is James Falsworth, who made his singular MCU appearance as a Howling Commando in The First Avenger. He never went by the Union Jack moniker, but that doesn’t mean it can’t still exist in the Falsworth line. His daughter, Jacqueline, also became a costumed vigilante for a time. She went by the name Spitfire, inspired by the warplane because the form-fitting uniforms women were obligated to wear in comics at the time did not allow for the Union Jack to fit across her chest. In the MCU, Jacqueline could be reimagined as James’ younger sister, who joins the war in his honor after his tragic death. Because of her gender, she would be forced to operate under the guise of testosterone, wearing a mask and using the “Union Jack” name to hide her own.

Now, take this line of thought and apply it to the whole team. A Miss America who’s perfect in every way, except for her sexuality. A Blazing Skull whose flaming head spits in the face of Christianity, and whose Japanese origins scare the white Allied forces. The list could go on, but you probably get the point. Much like they did with Bradley, the United States would alter their history books to ensure school children did not learn about these sedulous heroes. Like it or not, comic adaptations have become a primary source of entertainment for today’s youth. In the same vein as HBO’s Watchmen unveiling the horror of the Tulsa Massacre to a brand new audience, Marvel’s Invaders could be a way to teach family-friendly viewers that what they learned in school wasn’t always the whole truth.