Loki is made up of a lot of incredible things – the writing, acting, world-building, production design, costume, cinematography – but not the least of which is Natalie Holt‘s distinct music. Holt’s kooky take on Marvel’s usually grandiose sonic palette has been the talking point among fans for many weeks now. The score is easily the best of three Marvel Disney+ shows; an alchemic concoction of Norwegian tradition, analog synthesizers, and operatic Wagnerian motifs. I had the privilege of interviewing Holt this week and we got to talk about her process behind the show and her mischievous TV appearance on Britain’s Got Talent.

Despite the music being so tightly weaved, the production process was anything but as COVID forced Holt to just work remotely on the project alongside everyone else. Even crazier is the fact that she still hasn’t met any of her collaborators to this day. When asked about what the process was like, she had this to say:

It was sad. I wish I could have been in the room with everyone, especially with the orchestra. I would have loved to sit there, watch, and feel the vibe of the room. We had music meetings every Wednesday for six months. I feel like I got to know the entire Marvel music team yet I’ve never met them until now. It’s weird how Zoom could still facilitate those creative collaborations.

Tom Hiddleston‘s unique take on the God of Mischief is so built into the character’s DNA that it’s no surprise Holt looked to the actor to get an understanding of how to approach creating a brand new musical theme for him. Despite having a short window to get it done, the process for Holt seemed fortuitous as she quickly had a grasp on what to do and given how Marvel quickly jumped on board with her ideas.

I read the script and I had seen all those films anyway so I had an idea of how Tom played the character. I’m very much inspired by his over-the-top grand theatrical performances. I literally came up with that theme for him in the pitch to get the job. So that was there right from the beginning and then all the other themes like the TVA and Mobius theme came later on.

I got the job and had a month when Kate Herron got back from filming the show but I hadn’t started working on the show. I had just spent all this time coming up with this suite of themes. But everyone approved that suite fairly quickly. Everyone was on board with the direction I wanted to take.

As far as external influences go, Holt cites A Clockwork Orange and some classical pieces as being crucial in figuring out which approach to take with the God of Mischief.

And like I said, the way Tom Hiddleston performs and the theme I made for him is somewhat rooted in the classical tradition like Ride of the Valkyries. I wanted to put something in there that made you think of those big classical works. I was playing around with Mozart-inspired licks.

The Loki score is rife with an array of sounds, ranging from traditional Norwegian instruments to analog synthesizers. Holt also talked about she came about choosing certain instruments.

It was instinctive, I guess. I had this sound in my head and it was a matter of finding my way there. I heard those Norwegian folk instruments in a concert a few years ago but I had that sound always in the back of my mind. They’re sort of like a string instrument but they’ve got this magical, mystical sound that seemed to go really well with Loki’s past with his mother and yearning. I also never wanted to play it straight like, “Oh here’s a piece of basic orchestral music.” It had always had to have a twist for me.

Like all MCU properties, there’s a hefty amount of callbacks and references to previous films in Loki. Holt shed some light as to how they revisited some of the more familiar musical motifs and how supportive Marvel was with her unique vision.

There are a couple of scenes like when Loki wakes up in the Ep. 4 credits. That was Alan Silvestri piece that was in the temp. We all liked it very much that we used it as the basis. And then you have the beginning in New York, that’s also Alan Silvestri. It was in the temp and it worked so well. It was so cool to segue from Alan into our world. I had Alan Silvestri stems and I got to blend that into my piece. He’s a legend.

But there wasn’t any, “You need to continue the Marvel legacy.” It was just like, “Do whatever you want and make it as unique as you can.” That was really freeing and amazing.

And lastly, I got to ask her about the incident she was involved in several years ago where she pelted Simon Cowell with eggs on-air during a taping of Britain’s Got Talent. She was gracious enough to humor my question and said this about her initial worry that she would no longer have a career after the incident.

I don’t what I expected [laughs]. Like Loki, we all do mischievous things while we’re younger. I’m glad it didn’t affect my career and that I’m able to work. I think my career hasn’t been derailed that much.

Apart from Loki, Holt has an upcoming Netflix film she scored titled Fever Dream, which comes out later this year. 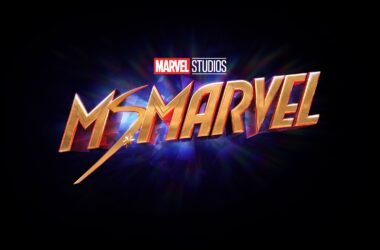 After months of speculation, we now know that Ms. Marvel will debut on Disney+ sometime between July and September of 2022.
Read More 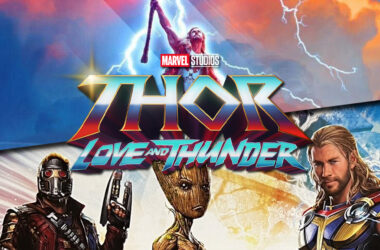