Long ago, in 2005 A.C., Santa Monica Studios unveiled a story that marked the video game industry forever with their game, God of War. It was the story of Kratos, a Spartan General with a thirst for war and a champion to the Gods. As the years went by, the game developed into one of the most critically acclaimed video-game franchises of all time. Multiple games from the story have gone on to win Game of the Year, and the original God of War game has even been named one of the best PlayStation 2 games of all time. So, with Sony recently announcing that they will be developing seven TV Shows and three films based on their library of games, I’m here to pitch God of War as one of the seven series that is currently in development.

Why a series instead of a film?

One of the biggest challenges when adapting a story is the limited runtime of cinema. It tends to put a heavy constraint on the story that the film tries to tell. God of War would need to branch out beyond these restrictions. An example of an adaptation that did really with this format is Netflix’s The Witcher. I like the idea of a series is that you can play around more with the storytelling meta. For the series, I would love to create a sort of modern retelling of old Greek myths. Greek myths are told in verse, with muses serving as narrators (such as Disney’s Hercules for example). A great narrator for this series would be the original one from the games, the titan Gaia. I’ll be splitting up the story into three distinct seasons to follow the classic three-act structure.

The first season will focus on the games God of War: Ascension, Chains of Olympus, and the original God of War game. The season starts with the telling of a terrible prophecy. The Father of the Gods, Zeus, learns that he will die at the hands of one of his sons, the marked warrior. We begin the series with the abduction of Kratos’ brother Deimos, and his growth into the famed Spartan Captain. We will see Kratos pledge his allegiance to the God of War, Ares, in exchange for the power to slay his enemies. As Ares’ servant, he went on to conquer anything in his sight. That was until Ares tricked him into killing his own wife and daughter. The ashes of his wife and daughter form a white layer above his skin, marking him with his failure.

Kratos vows to exact revenge against Ares and pledges allegiance to the Gods of Olympus. During his quest to have his sins forgiven and erased from his mind, he carries out multiple tasks and killing various mythological Greek creatures in the name of Mount Olympus, eventually enacting his revenge on Ares and killing him by using the power within the Pandora’s Box. In the end, even after killing Ares, the memories of killing his wife and child will continue to haunt him for all eternity. Seeing no other alternative, Kratos attempts to end his life, but the Goddess Athena has other plans and grants him a chair as one of the Gods of Olympus, as the brand new God of War.

The second season is based on the God of War: Ghost of Sparta storyline and leads into God of War II. For the first half of Season 2, we’ll focus on Ghost of Sparta, where Kratos finds out that his mother is alive and held prisoner in Atlantis’ Temple of Poseidon. There he uncovers that his brother Deimos is alive and trapped in the Realm of the Dead. Tragically, his mother transforms into an evil creature, which forces him to kill her. Kratos makes his way to free Deimos from his prison. He accomplishes his task, but bad blood between them leads to Deimos attempting to kill his younger brother. Suddenly, Thanatos takes him away and plunges him off the highest cliff in the realm. Kratos manages to save his brother, and they both reconcile to take on the God of Death. They are victorious, but Deimos dies in battle. This final death is the moment when Kratos swears his vengeance upon Olympus.

Kratos aids his Spartan army in their conquest of Greece. This act leads the Goddess Athena to plead to Kratos not to go through with this plan, as it will anger the Greek deities. In his rage, Kratos refuses to listen to reason, and he heads to the city of Rhodes. His attack is interrupted by Zeus, who finally makes his debut to confront the Spartan God. He strips Kratos of his powers and kills him using the famed Blade of Olympus, sending him to the underworld once more. Suddenly, our narrator Gaia feels that she cannot allow Kratos’s story to end here and aids him in his quest to defeat Zeus. Gaia revives Kratos and leads him to the Island of Creation, where he must find the Sisters of Fate and travel back in time to stop Zeus before he dies.

Using the Thread of Fate, he accomplishes his task and claims the Blade of Olympus, but before he can deliver the final blow, Athena casts herself between the two and sacrifices her life. When Kratos asks why she did this, she says she did it to prevent the cycle of fathers killing their sons, revealing that Kratos is indeed the son of Zeus. Wounded, Zeus retreats to Mount Olympus to rally the other gods in an attempt to stop Kratos once and for all. Meanwhile, he once again uses the Thread of Fate to bring the Titans to the present timeline. The season ends the same way God of War II ended. Kratos leads the Titan Army up Mount Olympus to face the gods of Olympus.

The final season is essentially ripped straight from God of War III. This season will have the most effects work in it. It kicks off right where the last one ended. Kratos is scaling Mount Olympus to face off against the Gods alongside his army of Titans. During this season, we’ll see Kratos’ pent up rage and anger finally take hold, as he kills the Gods one by one. He’s aided by the Ghost of Athena, who sends him on a quest to find and put out the Flame of Olympus, which is powered by Pandora, whose box he used to kill Ares in the first season. Along the way, he makes his wrath felt across Olympus by killing anyone who stands in his way, both Gods and Titans alike. Kratos’s murderous rampage let him take on Poseidon, Hades, Helios, Perseus, Hercules, Hermes, Cronos, Hephaestus, Hera, and Gaia, who all fall before Kratos finally manages to take on Zeus. Blinded by his rage, he does not realize what plagues he unleashed upon Greece. Kratos finally reaches the Flame of Olympus, and Pandora sacrifices herself to quench the Flame. Then, the final battle begins as father and son take each other on for the fate of the world.

Kratos manages to win the battle, but Greece is left in ruin by his actions. Upon seeing the end of the world, Kratos has his final encounter with the Ghost of Athena. She asks Kratos to hand her over the power he used to kill Zeus, a weapon that she put in Pandora’s Box along with the Flame of Olympus. Kratos, however, tells her that the box was empty. She realizes that when he opened Pandora’s Box in the first season, he unknowingly released an evil. It infected all the Gods of Olympus. This is why Zeus and the rest of the Gods were out to kill Kratos in the first place. The power he had taken was Hope. She begs him to return the power, so she can rebuild everything. Since Kratos no longer trusts any of the Gods, he stabs himself with the Blade of Olympus, releasing it into the world. Instead of returning it to Athena, he gives it to the rest of the world. The Goddess takes the Blade of Olympus and leaves Kratos to die. Yet, after the credits, his body has strangely vanished, opening up to exploring more stories in the future. 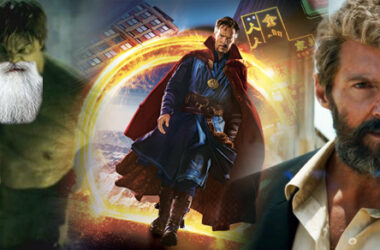 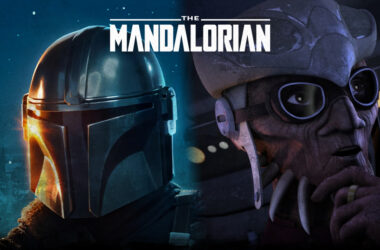 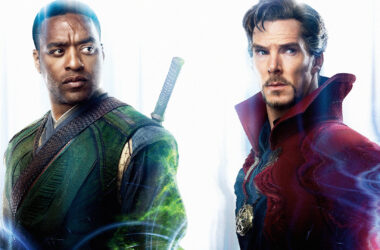