Nintendo has some of the most famous franchises in the world. Yet, it manages to leave some of its most iconic franchises in the dust while focusing on the most profitable. We’re about to get our third Splatoon entry but haven’t had a new game in the franchise since 2010. The only true releases were the spinoff in 2016’s Metroid Prime: Federation Force and a remake of the original Metroid II: Return of Samus for the 3DS. Yet, the core story surrounding Samus Aran was last told in the prequel Metroid: Other M. Suddenly, Nintendo unveiled a new entry titled Dread that would continue where 2002’s Fusion left off. The only question remains, was it worth the wait?

Metroid Dread is a project that has existed for around 15 years, as revealed by the series producer Sakamoto Yoshio. It continues a story that has laid dormant for 19 years and sees the bounty hunter Samus Aran return to an unlikely mission. Even players that never tackled the franchise get a quick run-up of the story and Samus’ ongoing battle with the Metroids and X Parasites. After believing she ended them in Fusion, footage has found its way into the galaxy alarming the Galactic Federation of their imminent threat. Suddenly, a routine mission ends up with our hero trapped on an unfamiliar planet, once again stripped of her abilities.

Ignoring the franchise cliché of Samus always losing her base abilities, the game’s opening leaves us with quite a few interesting questions. What seems to begin as the usual “landing on a planet” storyline, you end up waking up in the underground of the planet after a sudden attack by a powerful Chozo. The twist adds to the Dread subtitle, as you are completely lost with one clear goal: get back to your ship. As you climb back up, you get a clearer picture of the truth to your mysterious attacker, why Samus was left alive, and the truth to that X Parasite footage.

The game doesn’t reinvent the wheel on what makes a Metroid game what it is. It goes by the “don’t fix what isn’t broke” rule and simply expands upon the past and brings it into a new age. We’ve seen many indie developers tackle the Metroidvania genre, which makes the originator’s return an even bigger challenge for the developers. Yes, we get a few new challenges and a very complex map to keep us on our toes, but there’s one strongly advertised aspect that truly makes the game stand out.

The EMMI units are Samus’ most challenging threats. These robots were sent by the Federation to take care of the X threat but suddenly went offline. Once you make your way upwards, you learn fast they are very much active and also don’t care who is friend or foe. They are relentless chasers and there’s only one weapon that can take them down, but you’ll have to find the necessary power source first.

The only relief you have is that they can only operate within a limited area. You would think that you have options to avoid them, but the layout of the map is your biggest enemy. You’ll often notice that as you progress, things start changing in unique ways. Often some roadblocks can only be solved later on that force you into the EMMIs area. The game uses its environments to force you into those situations and I found myself dying quite frequently due to a wrong move, or bad reaction. Their presence is always there and even trying to take them down is no easy feat.

Speaking of, the game does offer quite the challenge. The subtitle is well-deserved with how it forces your hand to learn and adapt fast. Dread‘s various larger encounters start to escalate as you make your way upwards. At a certain point, you’ll encounter some familiar faces and callbacks to previous entries that up the challenge in new ways. It’s not an easy game, and the challenge adds to the experience. Luckily, you aren’t punished when you die as you don’t have a limited amount of lives and will commonly return near your death. They knew you’re going to die frequently.

The game’s look has gotten quite polished, especially with the details surrounding Samus’ new suit. It feels like the perfect blend between Fusion‘s outfit and the one we grew up with. The game found a way to make many moments quite cinematic, as sudden events will trigger. It adds to the atmosphere when the game takes control away from you, as a menacing threat looms above you. They make it feel organic, as you then seemingly jump back into the action, and sometimes even have to be vigilant in case the villain goes for an attack.

Metroid has made a grand return and left quite the imprint. It acts as the end of a saga and pushes forward into many more games. Metroid Prime 4 is still in development and will continue the first-person experience of this franchise. If they continue building upon the template that the EMMI introduced, we could see quite some challenging encounters in the future. The franchise has returned in style and hopefully has a birth future ahead. It’s strange to see a game subtitled Dread would be such a shining light for the franchise’s future. 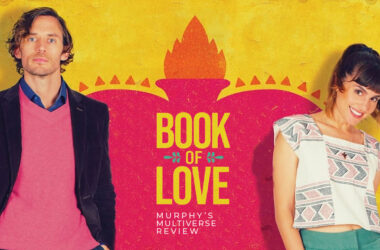 REVIEW: ‘Book of Love’ is a Delightful Rom-Com

Allow yourself to get lost in the ridiculousness of these two characters in Amazon's Book of Love because it's a sweet trip.
Read More 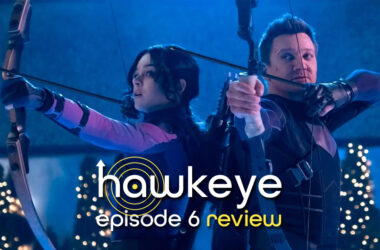 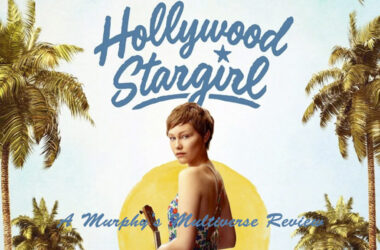 While the first Stargirl film was inspired by the original novel by Jerry Spinelli, its sequel, Hollywood Stargirl,…
Read More