After spending most of the time with the Tusken Raiders in the initial episodes, the third chapter titled “The Streets of Mos Espa” remains mostly focused on the present-day storyline. It feels like the story is starting to pick up the pace, as we find out what other dark secrets the town of Mos Espa has hiding, as well as continue to humanize the man behind the helmet, as Boba Fett remains a much kinder character than one might initially expect. Can the former bounty hunter finally set his foot as ruler of Tatooine?

The core of this episode continues to highlight Fett’s character. While he is now the Daimyo, he stays true to his beliefs. These are strongly reinforced by the Bacta flashbacks, and this episode feels like the first time it is truly coming together. He’s shown quite a lot of mercy, which you wouldn’t expect from a man who worked as a bounty hunter. If it weren’t for the Raiders, we might have a very different man leading this show and it knows that. That development makes the poignant moment of this week’s episode hit even harder, as reality sadly is much harsher. In a way, it parallels what he’s trying to accomplish with his more kind take on ruling, as when violence was used it only ended in violence in his past.

Disney+’s latest Star Wars series offers many dramatic moments, but as highlighted in last week’s episode is also not ashamed of having some fun. The fact that he faced off against a literal desert alien biker gang in the last episode and the arrival of Tatooine’s youth with their shiny rides feels somehow bizarre yet fitting for the franchise. It’s that combination of fun world-building based on familiar elements that always made this franchise stand out among its intergalactic peers.

One of my favorite moments in this episode is when Krrsantan just dragged Fett out of his Bacta tank. Right after a dramatic revelation on Fett’s past before he regained his armor, we are ripped out of the memory by the newly introduced Wookie, who wipes the floor with our favorite bounty hunter. It was a great moment of tension, as it ripped Fett of all his armor and gimmicks to force his hand. The fact that the only effective weapon he had was the gaffi stick at the time was a nice touch even if he went down a little faster than you’d hope. He does end up getting helped out by his allies and it is the badass Ming-Na Wen‘s Fennec Shand that manages to win.

The action has been great, but its titular character only got a single moment to truly shine and that was part of a flashback. In the modern-day, he seemingly is over-reliant on those around him, which makes me wonder if his continued visit to the Bacta tank is a hint that something is wrong. He might have much deeper scars than we anticipated, which may become a key factor later down the line. Here’s hoping that he gets a moment like in The Mandalorian in the latter half of this series.

The Hutts also make their return this episode, but it seems they have decided to save some money on their budget due to them already leaving the story. A bigger conspiracy is woven, as they were the obvious ones to pin the assassinations on, but this episode may have finally set the stage for the main antagonists, as the present and past are coming together with the Pykes. There might still be more to this story, but it feels like the slow pacing is coming to a payoff soon.

Speaking off, my reviews of earlier episodes might’ve been a bit harsher than need-be, as the show isn’t restricted to forcing a fast-paced action set. It’s what one would expect from a show featuring THE Boba Fett, but the more time I spend with Temuera Morrison, the more I understand what they are doing. He’s a true leading man and gets actual time to shine outside of the mask. His interaction with the incredible cameo by Danny Trejo and a very special gift that I cannot wait to see develop in future episodes were stand-out moments. We get this hint at kindness and giddiness that makes the character stand out even more than the myths we’ve weaved around him in the past. It makes me hope we have many more stories to tell with this incarnation of the character. 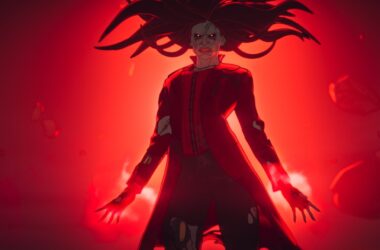 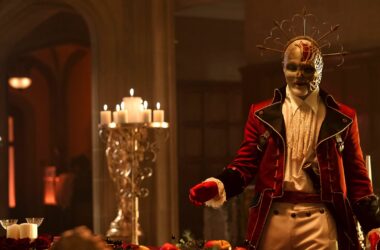 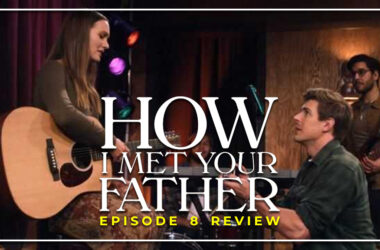