Batman is probably one of the most consistent pop culture icons in the industry. Every reboot of the franchise is an exciting prospect. Each incarnation has such a unique take but remains true to what made Batman so iconic. Now, we are all anxiously awaiting the release of Robert Pattinson‘s version with the simple title The Batman. Some animation fans might know that this isn’t the first incarnation we got with that title. Most of us fondly remember the iconic 90s Batman: The Animated Series when we think of an animated Batman. Yet, 2004 gave us another iconic incarnation that is one of my personal favorite animated shows from the early 2000s. The team behind Jackie Chan Adventures got together to give us their spin on the iconic bat and rogues’ gallery. Now that the title will be taken over by a new generation, it might be a perfect time to revisit this forgotten gem on Batman Day.

So, the story focuses on a young Bruce Wayne just starting. This might be among my favorite versions of the character, as even with his nightly obsessions, they show him as a kind and caring individual. His relationship with Alfred Pennyworth is fantastic, as he constantly gets berated by his surrogate father. I don’t think it would work as well without Rino Romano and Alastair Duncan‘s chemistry throughout the five-season run. Batman has an interesting arc throughout the show. In the beginning, we get the usual obsession with working alone before he starts letting others into his life. It starts with his hopes of including his close friend before tragedy pushes them apart. He does end up joining forces with detective Ellen Yin, voiced by Ming-Na Wen. It isn’t until the third season that we get his first sidekick in the form of Batgirl.

Yes, the show skips Robin who doesn’t show up until the fourth season. The reason was mainly due to the character’s prominent role in the Teen Titans series. It was a great turn of events as it gave us more time with Barbara Gordon as a self-made Batgirl, who had a fun rivalry with Robin throughout the show. Batman letting more people into his life also leads into the final season that expands the entire world. Now, Batman is faced with a new challenge beyond his city with the introduction of the Justice League. It was such a great development seeing this world expand as the show continued. We get the interactions with the other members of the team from Bruce’s perspective. It offers some rather quirky moments where these different personalities clash. My favorite episode focuses on these two characters, as they try to keep this show’s version of Black Mask in prison. Every season builds upon the previous which just adds to the joy of revisiting after all these years.

Artist Jeff Matsuda‘s art style translated these iconic characters perfectly into this new incarnation. Interestingly enough, while Batman is pretty much a direct adaptation, his rogue’s gallery got some rather unique adaptations. To give an example, let’s look at the most iconic Batman villain out there. The Joker still wears his iconic purple suit but left his shoes at home throughout the series. This version leans more into his manic personality. He even manages to keep up with Batman in a fight while still sticking to his usual schemes. I love this version and Kevin Michael Richardson’s voice really brings the character to life.

Each character stays true to the original but adds their own twists. Mr. Freeze is less a tragic figure but a cold-hearted thief voiced by Clancy Brown. They completely revamped Clayface, as he starts off as a friend of Bruce. Yes, the friend I mentioned previously. Ethan Bennett turns into the iconic villain due to Joker’s meddling with hypnosis. The first season tries to introduce a variety of minor villains from the comics to flesh them out like the Firefly, Ventriloquist, and even Cluemaster. Still, a major focus was on the well-known villains like Joker, Penguin, Mr. Freeze, and Catwoman. Funny enough, we never got a version of Two-Face in this series, which was rectified in Beware the Batman‘s second season.

Later seasons added a lot more classic villains. Riddler doesn’t appear until the second season and is voiced by Freddy Krueger, Robert Englund. His design is strangely gothic but works incredibly well. This was probably my favorite version of the character until I read Scott Snyder‘s Batman: Zero Year run. We even get a revamped origin story for Harley Quinn, who is a pop-psychology host rather than an actual psychiatrist. Ron Perlman voices a very southern incarnation of Killer Croc that is quite intimidating. We even get other minor villains like Spellbinder, Rag Doll, Solomon Grundy, Prank, and even Maxie Zeus. Once the Justice League joins this world we also get to meet some of their rogue’s gallery. We see a variety of characters like Metallo, Sinestro, or the Mirror Master. The series has a fantastic list of voice actors that brings these characters to life.

This series is a perfect blend of old and new. One of my favorite aspects was the unique soundtrack that used guitars in a way that created a dark ambiance. I still have the soundtrack in the back of my head. As iconic as the intro is to the ’90s animated show, I wish they used this one got more love with recent adaptations. It is probably one of my favorite cartoon intros that are just edged out by Spectacular Spider-Man‘s iconic theme. Adding to the darker tone of the show’s first few seasons, it just was such a unique take. It knew it couldn’t compete directly with the original so it did something unique while staying true to the comics. Its successor Beware the Batman tried to go even a step further by completely reinventing the mythos. This show not only embraced the Batman mythos but also that of the entire DC Universe once it expanded.

The Batman had a perfect balance in the way it handled the original mythology. It embraced the wackiness of these characters while not ignoring the psychology of them. For example, the Ventriloquist is such an interesting character in this show. Arnold Wesker is a kind person whose attachment to Scarface is his downfall. Every character arc is continued at a later time letting these characters develop. It also knows what characters simply need to be intimidating. This show introduced me to what became one of my favorite villains, the before-mentioned Black Mask. This version is calculating in a way that made him intimidating. These are just some examples of why I believe this is one of the best adaptations of the iconic Batman. Sadly, it just seems no one talks about it as much. Batman: The Animated Series is so iconic that it dominates the conversation around animated adaptations. Even trying to find a picture for this article, I mostly end up finding something for the upcoming The Batman film or the 90s animated version. To me, it just wouldn’t be Batman Day if we didn’t talk about this forgotten gem. 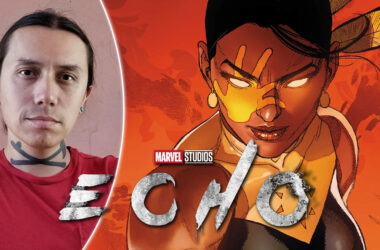 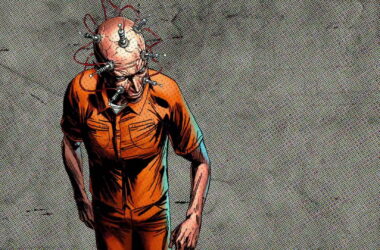 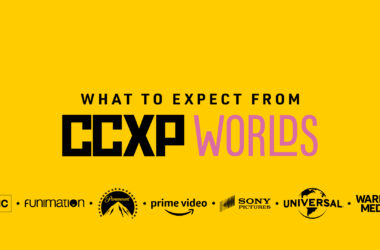