One of the biggest surprises coming out of Doctor Strange in the Multiverse of Madness was the inclusion of John Krasinski portraying Reed Richards in the Illuminati. Having been one of the most popular fancasts for a number of years, Marvel Studios’ latest theatrical release gave audiences a brief tease of him and his flexible action. Naturally, the next question worth asking would be ‘Is Krasinski now set to portray Reed Richards in the upcoming Fantastic Four film?’

The Case For It

The most obvious case for Krasinski to be portraying Reed Richards in the upcoming Fantastic Four film is that we’ve now officially seen him play the role in a Marvel Studios-produced film. As opposed to before the release of Doctor Strange in the Multiverse of Madness, the idea of Krasinski playing the role is no longer simply a hypothetical based on online speculation. A factor that would lean towards this being more than a one-off cameo is Kevin Feige and company not leaning towards using an actor from a previous Marvel project in the role like the rest of the Illuminati members. Assuming one of them would’ve been available, it’s logical to think Marvel Studios would’ve made the call to one of the previous actors that portrayed Mister Fantastic in Miles Teller or especially Ioan Gruffudd.

As well, it certainly isn’t unprecedented for the Marvel Cinematic Universe to use a different film as a backdoor introduction for a future lead character. This method dates all the way back to the introduction of Scarlett Johansson’s Black Widow during the events of Iron Man 2 and was used to introduce some of the most popular characters in the MCU with Spider-Man and Black Panther in Captain America: Civil War. Having that be the way Reed Richards was officially introduced wouldn’t be completely out of the ordinary. And with that, using a multiversal Variant to introduce audiences to the character would be an interesting subversion of this MCU trope. It’d let Doctor Strange in the Multiverse of Madness serve as an introduction point for Mister Fantastic while letting whatever creative direction for the character is being planned remain unfettered by his portrayal in the May 2022 blockbuster. Hypothetically speaking, you could easily reintroduce Krasinski in any upcoming film as a normal Reed Richards and that would alert fans to the imminent arrival of the Marvel Studios’ take on the First Family.

And of course, the recent news about the end of the Krasinski-led Jack Ryan series after this upcoming season of production has further expedited conversations on if the actor will be playing Reed Richards. It’s definitely worth having the conversation with Krasinski in theory having what was previously a major part of his schedule cleared up.

The Case Against It

And yet, it can’t be said with 100% certainty that John Krasinski will have the time in his calendar to make a long-term commitment to the Marvel Cinematic Universe. Immediately production wraps on Jack Ryan’s fourth season, Krasinski will begin work on Imaginary Friends for Paramount Pictures. This is a film that he wrote, is directing, and will be co-starring in alongside Ryan Reynolds and Steve Carell (meaning a lot of his energy will be focused on this project). And following that, there remains A Quiet Place – Part III which would seemingly enter production not too far after Krasinki wraps on his previous film. While his involvement or role in the third film of this franchise isn’t announced, one would think that he would have at least some significant role in the production based on his large involvement in the previous two entries (alongside being the one to officially announce the film at CinemaCon this year). With rumors circulating of a potential 2023 production start date, this could certainly cause major scheduling issues for a potential involvement in the Fantastic Four film.

Additionally, the argument can be made that Doctor Strange in the Multiverse of Madness would’ve provided John Krasinski some slightly more substantial material while part of The Illuminati if the had future plans for him. If he was going to portray Reed Richards in the upcoming Fantastic Four film, one would think Marvel Studios and the team behind the film would give a more concrete characterization of Reed Richards in the film for audiences to latch onto beyond passing references to his lore. And while the argument of why him NOT being a previously used actor in a Marvel project makes him stand out from the rest of the Illuminati, him solely portraying the character in a one-off nod to the online community is certainly well within the realm of possibility as the rest of the team don’t seem like locks to return in meaningful roles anytime soon. On that subject, there’s not much merit in the idea that it’s a cut and dry case that John Krasinski is playing Reed Richards solely because he was used as a multiversal Variant. The same logic can be applied to Patrick Stewart’s role as a fellow Illuminati member. Is that supposed to serve as an indicator that he will be the main universe portrayal of Charles Xavier in the MCU? Absolutely not. The first season of Loki clearly established the idea that there can be different faces for different Variants.

While it may not be the most exciting answer, it’s too soon to make a declarative answer on whether or not John Krasinski is playing Reed Richards in the upcoming Fantastic Four film. And it will continue to be the case until we get some more conclusive evidence on what the actor-director’s schedule will look like in the future (namely how involved he is with the third installment of the Quiet Place franchise). If I had to make a personal guess, I truly think we’ve met the main MCU version of Reed Richards with John Krasinski. At the end of the day, deals can be made and scheduling conflicts can be resolved, especially when it comes to being involved in what is bound to become one of Marvel Studios’ flagship franchises. As well, it’s never really been the nature of Marvel Studios to do this type of one-off cameo for an actor/character solely predicated from online discourse. Ultimately though, it now remains a waiting game to hopefully get an official announcement at an event such as San Diego Comic Con 2022 for further news about the direction being take with the Fantastic Four. 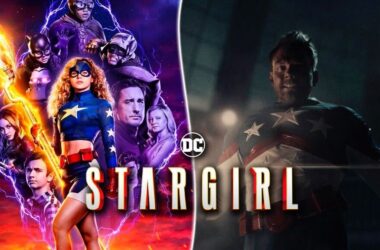 We explore how Stargirl can make use of Joel McHale's Starman as he's bumped up to a series regular for Stargirl Season 3.
Read More 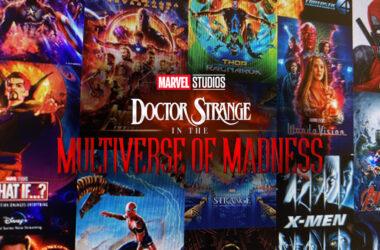 Before you see Doctor Strange in the Multiverse of Madness, check out our list of essentials, encouraged and extra titles to revisit.
Read More 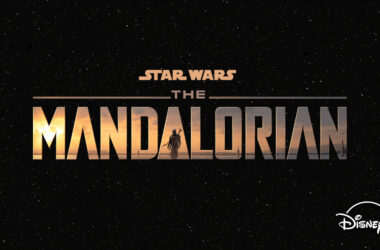