Sonic the Hedgehog was a big surprise when it released back in 2019. It was one of the few films that managed to get a decent box office run before everything shut down. It’s success led to a quick renewal and director Jeff Fowler returned. It’s not bad if your directorial debut leads to the birth of a new franchise, especially avoiding the usual video game adaptations falling. Now, the big question lies in if the sequel can keep up the momentum or fall back into some bad habits.

I’ll say straight-away that the film knows exactly who its audience is. A lot of the runtime is filled with references, jokes, and fast-paced action to keep a younger viewer entertained. In a way, it’s like a live-action take on a Saturday Morning Cartoon. The only thing is, this series is more like 1993’s Adventures of Sonic the Hedgehog rather than its darker Sonic SatAM counterpart. There’s a lot happening with some great jokes sprinkled throughout, but it does suffer at times from not focusing on its strongoint. Plus, to appeal to a younger crowd, it includes some references that quickly get dated, and overshadow the more sincere moments due to its frantic pace. Even the more grounded characters suddenly have their humor dialed up to eleven.

As with most live-action and CG hybrid projects, the film tries to not fully rely on its blue hedgehog to carry scenes. So, to balance it out we also spend time with the returning cast of James Marsden‘s Tom Wachowski and Tika Sumpter‘s Maddie Wachowski. They were the heart of the first entry’s story, but take a backseat for most of the main action. Yet, the film moves away from its main plot to focus on their “shenanigans.” The plot doesn’t really lead into the story, as most of their purpose was already solidified early on. They do get redeemed in the finale, and we did get the introduction of a classic gaming element, but it just felt a bit detached from the rest of the film.

They alongside the always great Natasha Rothwell as Maddie’s sister Rachel still bring a lot of heart to the series, but they’ve also been dialed up in the comedic part. Ben Schwartz is still a great choice for a younger Sonic, who has quite a lot of fun throwing out quip after quip. Though, they could’ve dialed it back just a bit. The same goes for Jim Carrey‘s return as Robotnik. While I do wish he was built up more, he still is one of the best parts of the films. He brings a lot of energy to the role, and just seems to be having a blast. The only issue is, he also seemingly is using the “was alone for too long” as a way to make the character even cookier. To be fair, almost everyone is in “cartoon” mode and some of the grounded elements have gotten lost in the shuffle from the first entry. The live-action bits are just as “cartoony” as the ones featuring Sonic, Tails, and Knuckles. It’s not a bad thing, there’s just sometimes a stronger focus on spectacle.

Still, while I can’t really do anything with a flossing reference, there’s still a lot to love here. Long-time voice of Miles “Tails” Prowler, Colleen O’Schaughnessey jumps from the games to the live-action series and still offers a heart-warming performance for the character. We once again go through their first meeting after Tails’ tease in the first entries’ post-credit sequence. My only gripe would be with how they try to build up their friendship in this film. The bond is believable, even if I wished it was given more focus instead of Hawaii shenanigans, but the big scene is intertwined with a out-of-left field confrontation in Syberia. It tries to pull a Guardians of the Galaxy but without any of the self-awareness and is more like something out of Fortnite.

The biggest addition is Idris Elba as Knuckles the Echidna. He gets quite an intimidating introduction and is given quite a bit of screen time, which was great to see. Though, I will say that the direction given to Elba is a rather bizarre at times. He has some amazing lines, such as one including a text which actually had me laughing out loud. He was a more straight-faced character that worked well as a contrast with Robotnik, even if I still wished that he held back his performance a bit more. Some lines, however, did stick out and seemed a bit too over-the-top that continue the Saturday Morning Cartoon vibe the film is going for.

The best moments of the film are when it plays into the mythology set up by the games. It pulls a lot in this film, especially with the introduction of the Master Emerald. Plus, it also builds upon storylines set up in the introduction of the previous entry while also staying vague enough that something can still be paid off in the already confirmed threequel. I do wish that they spent more time with these elements and built up the Indiana Jones-inspired story more. Introducing game environments and elements into this world is what makes these franchises so interesting while building up lovable character. Sadly, the comedy this time around was at the forefront, which may get dated fast with its references or build up a franchise that simply is more focused on kids.

I did not expect Sonic SatAM going in, but I was hoping for the story to find its focus a bit more and move away from the weaker aspects of the previous entry. Sadly, it’s more of the same but with some great additions. The dynamic we’re left with at the end of the film was ironically a highlight and I would love to see more of it, even if the tease for the sequel was probably one of the most hand-holding post-credit sequences I’ve ever seen. They could’ve dialed back some of the cheesiness that comes with the territory they’re exploring, and definitely focus the story more around Sonic rather than forcing in B-plots that have no direct connection.

To be fair, most of my complaints don’t really overshadow the fact that I had a fun time with the film. There were families with kids having a blast and it does accomplish just that. While I would wish that they leaned more into the mythology and world-building, its a film that doesn’t take itself too serious and is very self-aware. Carrey is a standout once again and Idris Elba is a perfect choice for Knuckles. I am still excited to see more of these characters and worlds, but I do hope that Fowler and his team dial back a few elements. 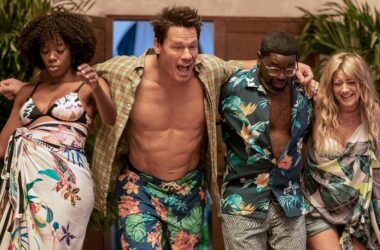 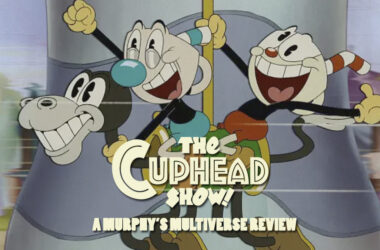