If social media is to be believed, Wyatt Russell’s John Walker, the MCU’s new Captain America, might just be more hated than Thanos. Within minutes of his debut in episode 1, fans were already talking about his punchable face and following yesterday’s episode, “The Star-Spangled Man”, the hate reached epic proportions. But here’s the thing: no matter how badly you want John Walker to be a bad guy, he’s not…not so far at least. The writers and directors of The Falcon and The Winter Soldier are definitely leading fans down a very particular path and making fans feel a very certain way but as fans, can we take a step back and change the lens through which we’re viewing the character? Let’s give it a shot. 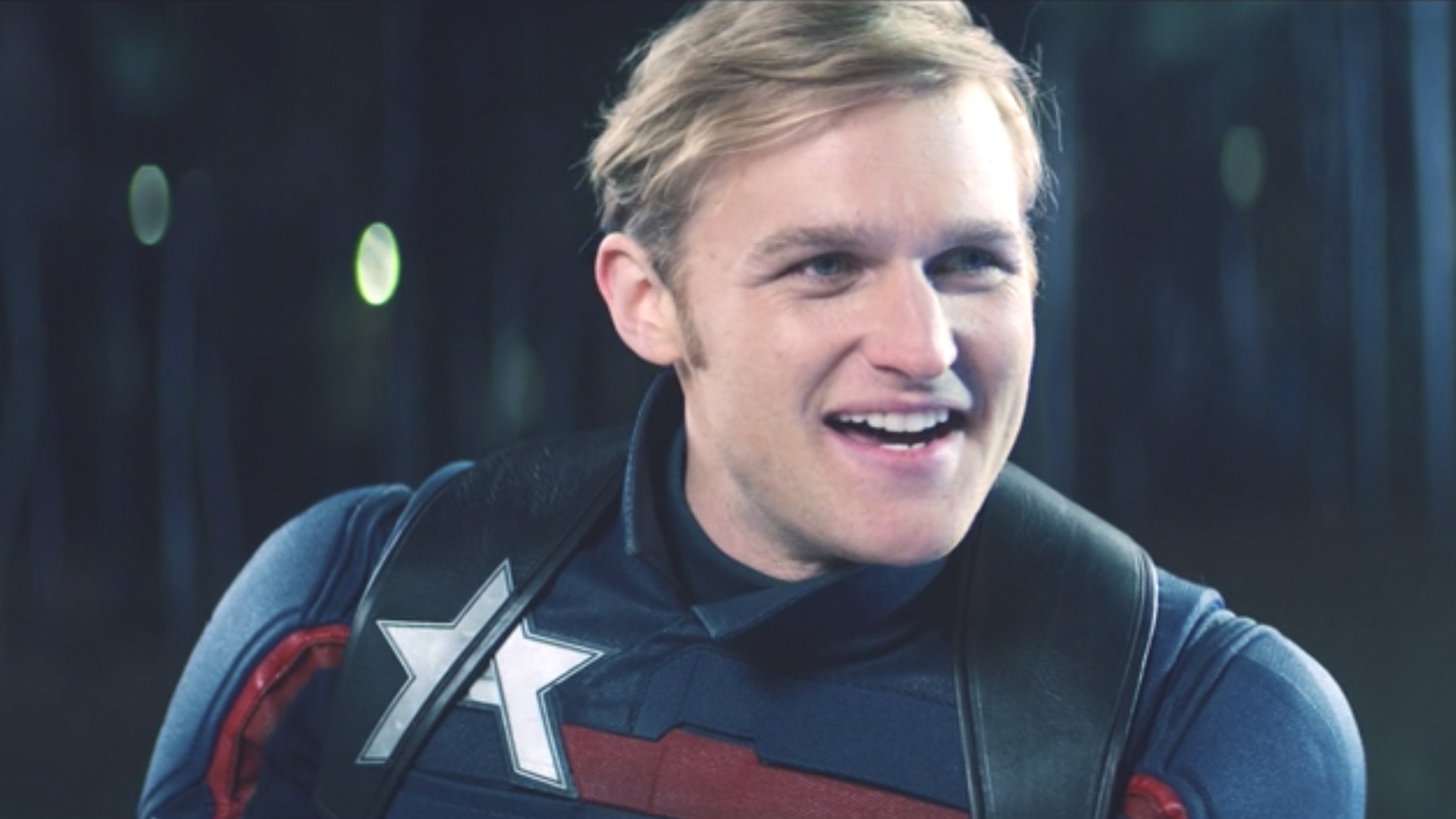 It might seem impudent to the legacy of Steve Rogers, the man who was willing to stand alone against Thanos and his army when all else had failed (and easily my favorite MCU hero) to suggest it, but Walker’s career as a military hero has earned him a shot at carrying on the legacy and it’s a much more accomplished career than the one the guy before him had.

As we learned in Episode 2, Walker is a 3-time recipient of the Medal of Honor, the highest military decoration in the U.S., and led counter-terrorism and hostage rescue units during his distinguished career. Love him or hate him, the man was the very definition of an American hero before he was given the new job. Rogers, on the other hand, had no prior military career and though he displayed his bravery by falling on a grenade during basic training, his greatest accomplishment was being smart enough to pull the pin out of the flagpole. And keep in mind that Rogers only got the chance to go through basic training after falsifying documents and because Doctor Erskine happened to be in the right place at the right time to hear Steve’s explanation to Bucky about why he wanted to be in the war.

It’s probably very intentional that longtime fans of the MCU think back to Gilmore Hodge while looking at John Walker, but despite the intent of the creative team, it’s important to remember that neither of them are bad men, just very good soldiers.

John Walker Isn’t Responsible for the Racism Sam is Experiencing 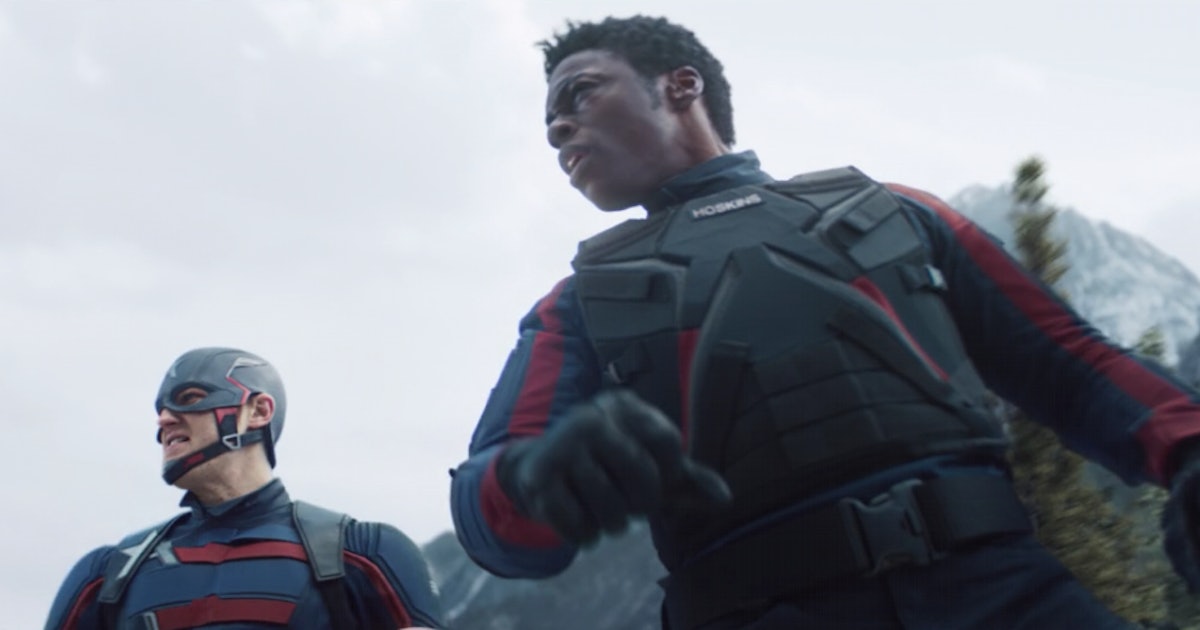 Early “leaks” (the bullshit kind) pegged Walker as a racist and all-around villain. It seems that despite the fact that those leaks were nothing more than poorly written fan-fiction, that the feelings they fueled have carried some momentum into the series. The Falcon and The Winter Soldier has deftly and subtly addressed racism in America in each of the first two episodes and hopefully continues to shine a light on it, but none of that is coming from Walker. In fact, it seems incredibly obvious that Walker is anything but racist. He’s married to a Woman of Color and his partner and good friend is an African-American man.

As Dalbin Osorio wrote here, when Walker was announced as the new Captain America just days after Sam handed over the shield, the words spoken at the podium “real American values” were code for “somebody real white.” In both episodes, Sam has dealt with subtle micro-aggressions steeped in racism, but nothing hurt him more than understanding why he was passed over for Cap. And as much as we want to hate someone for that, it shouldn’t be Walker. Walker isn’t the guy making these decisions, he’s a hero and soldier trying, in his own words, “to be the best Captain America” he can be in what he sees describes as “the greatest honor of my life.” Someone is doing Sam wrong here (I’m even inclined to believe we might uncover a  government conspiracy as time goes on-Redwing does seem to get glitchy whenever government ops touches him and we just found out that they track Sam via the drone) and we’re bound to find out who. John Walker isn’t responsible for the racism Sam is experiencing but he is benefitting from it.

John Walker is the Captain America Steve Rogers Used to Be Perhaps no character showed more growth during his time in the MCU than Steve Rogers. By the time we saw him put the shield down and walk away at the end of Captain America: Civil War, he was barely recognizable as the soldier who was shaking hands and “socking old Adolf in the jaw.” We see Walker complain about that same song and dance in this episode before seeing him get his ass kicked in a rescue mission and while we want to hate Walker and want to see it as a weakness, we have to remember that Steve was in this exact same place early on. If Steve hadn’t been there, he wouldn’t have had room to grow; we have to at least allow Walker the opportunity to grow along the same lines Steve did. We have to hope that Walker, like Steve, can see that blindly following orders might make him a good soldier, but it doesn’t make him the “best Captain America” he can be, especially when those orders should conflict with his conscience.

From the goofy grin, to the cocky attitude to the threat to Sam and Bucky about staying out of his way, we’ve been given plenty of reasons to hate John Walker. It’s good writing, it’s what we’d expect from Marvel Studios, to make us feel angry at the guy who got the title our hero Sam deserves; however, for the time being Walker hasn’t done anything to deserve it. That’s not to say he won’t because it seems like there’s definitely another shoe waiting to drop. Until then, though, let’s work on a growth mindset; let’s not hate John Walker…yet. You may have noticed us branching out on the site more and more over recent months. Today, we…
Read More