On Friday, news exploded that Marvel filed several lawsuits against the heirs of certain late comic book legends including Stan Lee, Steve Ditko, and Gene Colan in order to keep full control of major Avengers characters such as Iron Man, Spider-Man, Doctor Strange, Ant-Man, Hawkeye, Black Widow, Falcon, Thor, and more. Misinformation and misunderstanding spread like wildfire, and headlines at times even suggested that these characters are at imminent risk of somehow being lost forever.

The internet, of course, immediately went up in arms at the thought that Marvel and Disney are on the cusp of losing iconic characters that we see daily in films, television, comics, toys, and everything in between. Some have even taken to social media to despair about how we are about to lose Spider-Man forever. There is good news—you can take a deep breath, and we’ll tell you why in our breakdown of the situation. If you take anything away from this let it be that the Avengers and friends are perfectly safe, but you should still probably care about what’s going on.

While Marvel’s lawsuits were filed yesterday, the dispute started well before then. The key point to understand is that Marvel has the right to use its comic book characters because the original creators of the characters—for example, Stan Lee—gave the company that right by allowing the publisher to have copyright protections for the property.

Marvel’s lawsuits are asking a court to declare that the creators have no legal right to reclaim copyright protections in these characters from the company. If Marvel wins, essentially nothing will change in the way the company gets to use the property. Very importantly, if Marvel, or Disney, loses this battle, it does not “lose” the characters. Marvel would lose full ownership of the characters but it is expected that the company would share ownership of the property with the creators’ estates. So, Marvel would still retain some rights in the characters, but the multi-billion-dollar corporation would have to share profits with the creators as co-owners.

How Does It All Work?

Multiple creators have notified Marvel in the past few months that the company’s copyrights on certain characters are legally about to expire—this is known as copyright termination. In copyright law, copyright protections are only granted for a certain period of time. The point of this is so that creative works can eventually be used freely by the public after creators have a chance to make money off of them. The precise time limit has changed throughout the decades, but under the Copyright Act of 1976, the duration of copyright protection became 56 years. So, the comic book creators here in theory have the legal right to terminate Marvel’s current copyrights if they choose to within a five-year window after the company has held the copyrights for more than 56 years.

For example, in August, the administrator of Ditko’s estate filed a notice of termination on Spider-Man, who first appeared in comic book form in 1962. Using the 56-year time frame, that would mean the window for copyright termination began in 2018 and will finish five years later in 2023. This is why some are panicking at the thought of Marvel losing Spider-Man in a couple of years. But as noted above, win or lose the legal battle, Spider-Man is surely going nowhere.

If you are rooting for Marvel being able to use its characters, the good news is that you will be happy at the end of this legal fight pretty much no matter what. If you’re starting to question whether or not it seems right that creators have so few if any rights to their creations, you will probably be disappointed, but the fact that this type of conversation is being amplified is incredibly important (more on that below).

This is not the first comic book copyright termination debacle. The heirs that are currently going head to head with Marvel are being represented by attorney Marc Toberoff, who famously represented Superman creators Jerry Siegel and Joe Schuster in an unsuccessful termination attempt against DC. Interestingly, at the time, DC was represented by Dan Petrocelli who is now representing Disney and Marvel in this case.

Toberoff more importantly also took on a case eerily similar to the one at hand which involved Marvel. In the early 2010s, the attorney represented the estate of comic book legend Jack Kirby to determine whether he could terminate a copyright grant on Spider-Man, X-Men, The Incredible Hulk, and The Mighty Thor. While it never reached the Supreme Court, the courts below held that Kirby’s heirs were out of luck because the former Marvel freelancer had contributed his materials as a “work made for hire.”

In terms of copyright law, a work made for hire is a work—in this case, a character—that was created by an employee as part of their job. Considering that these creators generally were employed or had some working relationship with the publishers of the comic books that their characters found their way into, it seems like an easy fit. It’s not always that simple—however, Marvel has another trick up its sleeve.

Marvel will surely rely on their use of the “Marvel Method,” which was an in-house collaborative effort between writers and artists. Writers would discuss baseline ideas with artists being responsible for the more essential details. Importantly, if you believe in the Marvel Method, all of these classic characters currently up for termination were in theory created through this collaborative process using Marvel personnel and resources.

The simplest way of understanding the outcome is recognizing that Marvel has a very strong argument that all of these characters were created for Marvel. If a court finds that to be the case, the company will not lose its copyright protections. As explained, legal precedent is also on Marvel’s side. Disney also has a passion for settling legal disputes out of court—these creators might simply be paid off, to put it bluntly. The real question is whether or not we should want the current precedent to change.

It’s All About How Creators Are Treated

So now that we’re all on the same page that Spidey and friends aren’t about to disappear, do these lawsuits actually matter? The answer depends entirely on what you think the original creators of these iconic characters deserve all these decades later. Not only that, but it depends on what you think current and future creators should be owed.

It’s well known that Disney does not pay much at all to original creators even in light of the extreme financial success of their characters in the Marvel Cinematic Universe, among other channels. Earlier this year, former Captain America writer and Winter Solider co-creator Ed Brubaker spoke out about the lack of recognition and credit he and other creators receive in light of the big- and small-screen success of properties such as Captain America: The Winter Soldier and The Falcon and the Winter Soldier.

Whatever your viewpoints on employment, corporations, or law are, it’s undeniable how purely unfair it seems for a creator of Spider-Man, for example, to receive little if any meaningful compensation for their work that became a multi-billion-dollar franchise. While processes such as the “Marvel Method” might be great for business, they can also create an environment where the worker, writer, or artist is taken advantage of and credit is simply not given where credit is due.

While this flurry of lawsuits will likely have little to no impact on how companies like Marvel control their copyright-protected properties, it does yet again reignite dialogue surrounding how creators are treated and compensated. The legal strategy being taken by the estates and heirs of legendary creators is not favored to win by a long shot, but perhaps incessantly knocking on Marvel’s and Disney’s door is the way forward.

Sources: The Hollywood Reporter, The Direct 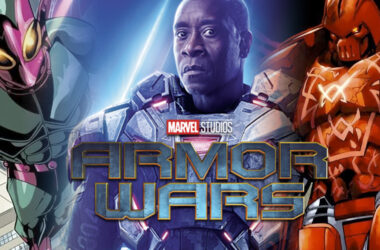 We still don’t know much about Marvel Studios Armor Wars. We only know that Don Cheadle reprises his role as War…
Read More 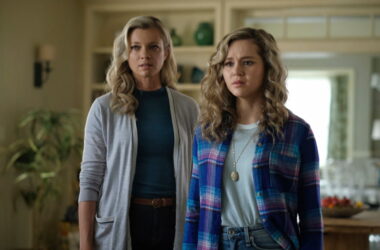