Chapter 6 of The Book of Boba Fett, “From the Desert Comes a Stranger”, was another strong entry into the overall mythology being created through the live-action Disney Plus streaming series. Serving as another episode of The Mandalorian-set interlude ahead next week’s finale, the episode saw the return of several characters introduced in Season 2 of The Mandalorian and left a lot of threads untied as it concluded. And while we could talk about the returns of Grogu, Luke and Ahsoka all day, it was the return of Timothy Olyphant’s Cobb Vanth that led to the chilling introduction of a mysterious gunslinger that has social media buzzing.

Shortly after Din Djarin wrapped up his discussion with Vanth, the stranger coming from the desert that the title warned fans of appeared on the sandy streets of Mos Pelgo, now called Freetown. After issuing a stern warning to Vanth to stay out of the Pyke’s business, the stranger enters into a shootout with Vanth and his dumb deputy, killing said dumb deputy and wounding Vanth before heading back out into the desert without so much as revealing his name. The stranger made a big impression in a short time but, as it turns out, he’s not much of a stranger at all. While Chapter 6 marked his debut in a live-action project, the stranger has been a part of the Star Wars universe for more than a decade! For those unfamiliar with him and his exploits, read on.

First introduced in Season 1 of the canonical animated series Star Wars: The Clone Wars, Cad Bane is, much like Boba Fett himself, a dangerous and notorious bounty hunter. Created by The Mandalorian and The Book of Boba Fett creator Dave Filoni, Bane’s inclusion in the live-action series has been rumored for some time and continues a trend wherein Filoni continues to extend the stories of many fan-favorite characters introduced in The Clone Wars by bringing them to live-action. In addition to that, it also makes a whole lot of sense given Bane’s long history with Fett.

Bane’s ties to Fett began when Fett’s father, Jango, mentored Bane as a bounty hunter. Following the death of Jango, Bane eventually took on Boba and mentored him, completing the circle as it were. Their exploits are detailed over several seasons of The Clone Wars, but Fett’s not the only bounty hunter on Tatooine that has a history with Bane. The events of another canonical animated series, The Bad Batch, saw Bane square off with Fennec Shand with potentially force-sensitive clone Omega at the center of their dispute.

How Bane came to be working for the Pykes is a story for another day, but his entrance into The Book of Boba Fett is full of promise. As seen in Chapter 6, the Duros bounty hunter is nobody to be trifled with, but he’s now put himself directly in the sights of Boba and Shand, creating some serious intrigue heading into next week’s final episode. 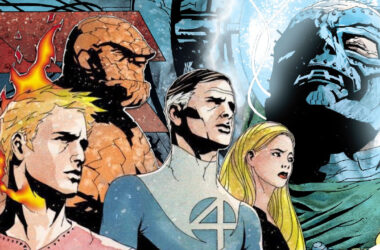 This feature originally ran on MCU Exchange in December of 2017. Welcome to another installment of what I…
Read More 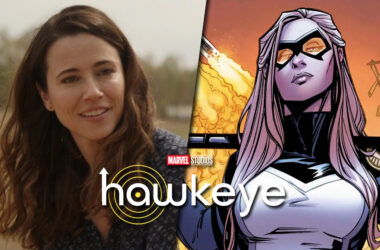