Hunter Radesi
18
0
0
The Boys Presents: Diabolical could hint that The Boys’ third season will begin taking a look into the psyche of Black Noir in relation to Homelander.
Total
18
Shares
18
0
0

There is no shortage of cartoonish absurdity in Amazon Prime’s latest animated offering, The Boys Presents: Diabolical. The series, an anthological spin-off of the streaming service’s hit live-action comic adaptation The Boys, has everything from boob-faced killers to poop-throwing heroines. No limit appears to be in sight for the creatives behind the show, and as a result, most of the short story installments come across as probably non-canonical. This is why it’s so surprising when the season’s final episode, One Plus One Equals Two, offsets everything by feeling so in line with the show it’s based on. In fact, it feels so in line that it might just take place within the same continuity, and if so, it could have major implications for the franchise’s future.

The story, brought to life via animation is less dramatically stylistic than some other episodes, revolves around Homelander’s earliest days in the employ of Vought International. While there are many hints of his mental instability, the character is actually portrayed as slightly more innocent than viewers may be used to seeing him. It appears as though he genuinely wishes to do good in the world, even if his methods eventually descend into vile madness and destructive chaos. The Boys has given us glimpses into Homelander’s past, showing his early life as a child test subject and discussing his reasons for turning to violence, but this is the first real look fans have gotten into his first days as a celebrity superhero. He is shown to be less cynical, and incognizant of the ways his reactive nature can hurt people.

After being introduced to the public at an official Vought-sponsored event, Homelander gives his first big televised speech and wiggles his way into the hearts of the American people. A momentary lapse in the façade comes when the mysterious Black Noir, a fellow member of “The Seven,” is brought on stage to help welcome the new Vought inductee. This sets up an arc of distrust between Homelander and Black Noir, egged on by handler Madelyn Stillwell, who insists Noir has been assigned to ensure the former remains subservient to Vought’s planned schemes. A small surprise for Homelander comes in the third act of the episode after the twisted hero’s attempt to save civilians at a chemical plant ends in accidental slaughter. Noir arrives, and after a brief conflict in which Homelander is unable to put his teammate down, the mute avenger reveals his support for Homelander’s antics and aids him in covering up any misdeeds.

One Plus One is perhaps the most the relationship between the two characters has been explored outside of the comics. The lack of interaction in Eric Kripke‘s adaptation has always been an interesting move, as Black Noir and Homelander are the crux of The Boys’ biggest plot twist within the pages of Garth Ennis‘ books. There, it is famously revealed that Noir is actually a clone of Homelander created by Vought as a fail-safe should they ever lose the authority of their original experiment. Unfulfilled by Homelander’s apparent self-control, Noir orchestrates all of the events that eventually lead to Homelander’s self-destruction and the formation of “The Boys” to give himself a reason for existence. There has been little-to-no indication of this happening on the show, which seems content to milk the inner workings of Homelander’s mind instead. However, Diabolical looks to be the first place any potential seeds of this have been planted. It may not end up being a canon story, but there is some evidence that it may have an impact on future seasons of The Boys.

The strange thing about this episode is how casually it breaks from the rest of the season’s main premise. While the grand majority of Diabolical episodes don’t directly contradict anything from The Boys, the events therein often seem big enough that they likely would have been mentioned on the flagship series had they really happened. Furthermore, they often use their creative freedom to come up with outlandish plots or make drastic departures from the confines of Amazon’s designed world. One Plus One instead makes an effort to abide by The Boys‘ established rules, with series stars like Antony Starr and Elisabeth Shue returning to their respective roles and character designs adhering closely to their live-action counterparts. It almost feels as though the episode was intended to be a departure, segueing viewers from the outlandish identity of Diabolical back to the relatively grounded essence of the mainline project.

It’s just a theory, but maybe The Boys’ third season will begin taking a look into the psyche of Black Noir in relation to Homelander, and One Plus One will age well in regards to setting it all up. After all, the title of the episode is a hint in and of itself. “One” and “One” could stand for Homelander and Black Noir’s equivalency, being put together to make two of the same. It is possible none of this comes to pass, and this is all just a massive reach, but remember this idea should Noir ever be unmasked in a future season finale of The Boys. 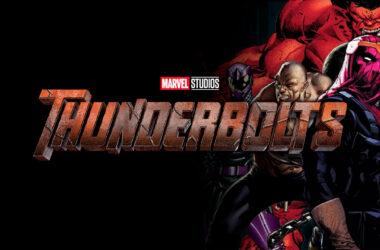 Premiere: July 26, 2024 Following a late 2021 rumor that stated that a Thunderbolts project was going ahead…
Read More 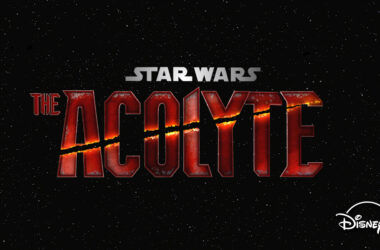 Premiere: December 2023 Variety reported in April 2020 that a new Star Wars live-action series was in development by…
Read More