Charles Murphy
1
0
0
Total
1
Shares
1
0
0
Season 2 of The Mandalorian came out swinging when, at the end of Chapter 9, the show’s creators revealed that the Star Wars Universe’s biggest man of mystery, Boba Fett, was “back from the dead.” Maybe more like revealed he was still alive than back from the dead, but by putting the legendary bounty hunter back into play, they were walking a fine line, one that I mentioned briefly here. It was obvious that Temura Morrison’s Boba has seen some shit since we saw him fall into the Sarlaac Pit in Return of the Jedi, but he survived, got himself some weapons and was after his old armor. It was also obvious that we weren’t just getting a fan-service look at the character because as we learn each week, almost every character we’ve met along the way comes back into play at some point, so why would Boba be any different? 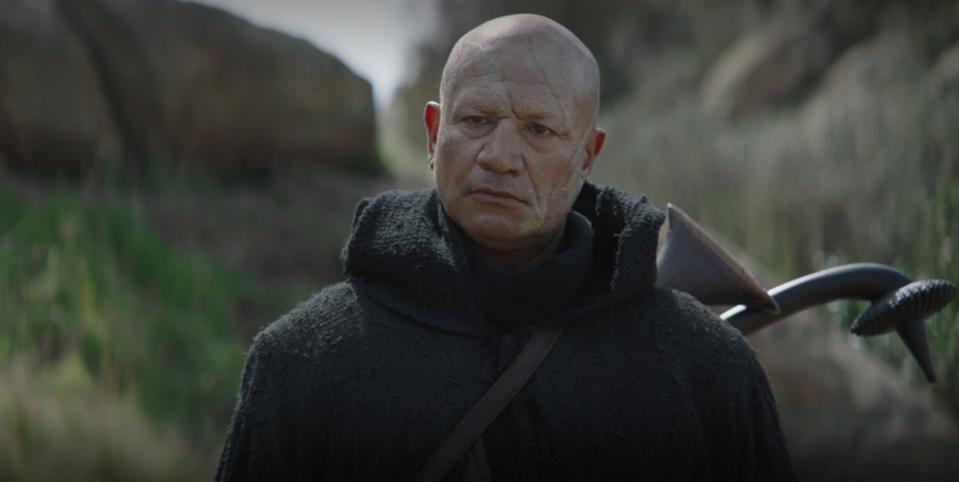 As it turns out, Boba did come back and he came big in a big way. Robert Rodriguez’s chapter of The Mandalorianshowed us a side of Boba that we had only ever had a chance to imagine as fans. In fact, as many have said, from the minute we saw Slave I entering the atmosphere of Tython, we were treated to what is almost inarguably the best 10 minutes or so of Boba’s screen time in the Star Wars Universe. Boba showed himself to be an imposing physical threat capable of taking out a platoon of Stormtrooper (yeah, I know they’re just Stormtroopers) with extreme prejudice. Boba also showed himself to be, much like Din Djarin, a man bound by a code of honor, the same code of honor that binds Din.
To me, Rodriguez masterfully walked the line between revealing too much about Boba’s past, giving us just enough to explain his presence in the series without going too far. Boba’s mysterious nature has always been one of the best things about the character; even though we did get some filler info in The Clone Wars, we don’t really know how Boba came to be the kind of guy with enough of a rep to end up sharing space with Darth Vader and it might have been a disservice to the character to get into details about how he escaped the Sarlaac. Instead, we got all we needed, we got just enough and what little we got enriched the character in a major way; in fact, by not going too far and just letting the character be, this episode made good on everything fans ever thought Boba was in the first place.

To Rodriguez’s credit, it’s hard to resist the urge to go too far, to take away all the mystery, and in doing so, do more harm to the character than good. Todd Phillips’ Joker highlights the dangers in taking one of the most complicated and mysterious characters in all of fiction and overexplaining his origins and motivations to fans. Now I don’t but the “he’s A Joker, not THE Joker” crap no do I buy the “unreliable narrator” crap. There’s no reason to make a movie called Joker and not make it about the Clown Prince of Crime. With that out of the way, what we are left with is a fairly pathetic attempt to explain how a down-on-his-luck guy named Arthur Fleck could somehow be put on a path that would allow him to stand toe-to-toe with Batman. And this guy, this Fleck, based on the story we were given, there’s just no way he could ever do that. We know too much about him now to ever believe he could last more than 30 seconds in a fight with the Dark Knight much less concoct evil schemes that allow him to be two steps ahead of the World’s Greatest Detective. Because of this, Fleck’s story was one that ultimately was better off never being told. By taking away the mystery of what made the Joker into the Joker, the film did a disservice to the character.
Rodriguez, on the other hand, did just the opposite. He avoided the pitfall of telling us how Boba crawled from the depths of the Sarlaac Pit. He avoided telling us the long story that would, for all intents and purposes, serve as the origin story of the Boba Fett from The Empire Strikes Back. Instead, he kept those things shrouded in mystery, where they belong, because it’s the mystery of the man that has ALWAYS made him so great. With characters like these, there’s almost no way that one director’s vision of the origin story or the big missing pieces could ever live up to what fans have built up in their minds; it’s safer to leave them untold and find other ways to advance the character in the present, which is exactly what Rodriguez did. 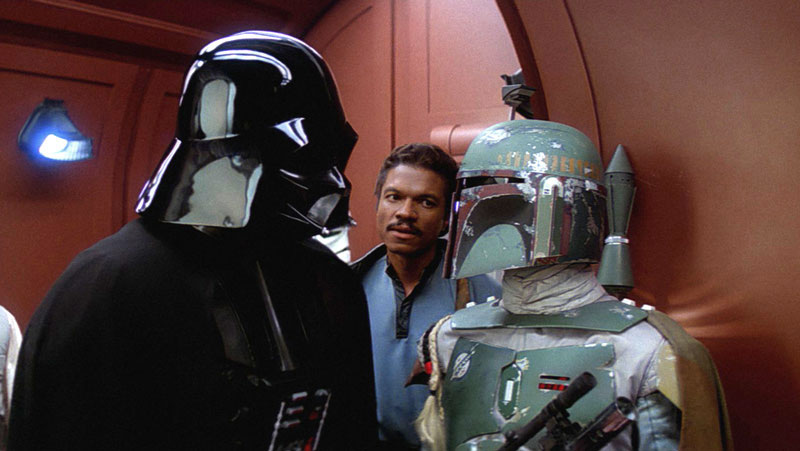 I hated Boba Fett when he delivered Han to Jabba and even though he’s always been one of my favorite Star Wars characters, he’s always been a bad guy. But now that we see how his father Jango’s life may have paralleled Din Djarin’s, we can see things from the other side of the coin and believably accept Boba. As Zangief reminds us, just because Boba is a bad guy does not mean he is a bad guy. Maybe he’s just a good guy willing to crush a few Stormtrooper’s skulls sparrow’s eggs if it’s for his cause. Either way, by leaving out the details and letting us make our own choices, Rodriguez has made the return of fan-favorite character that much better. by letting Boba be Boba and keeping us in the dark.
Total
1
Shares
Tweet 0
Share 1
Share 0
Share 0 The first episode of Peacemaker saw Christopher Smith discharged from the hospital, thinking he was free to go…
Read More