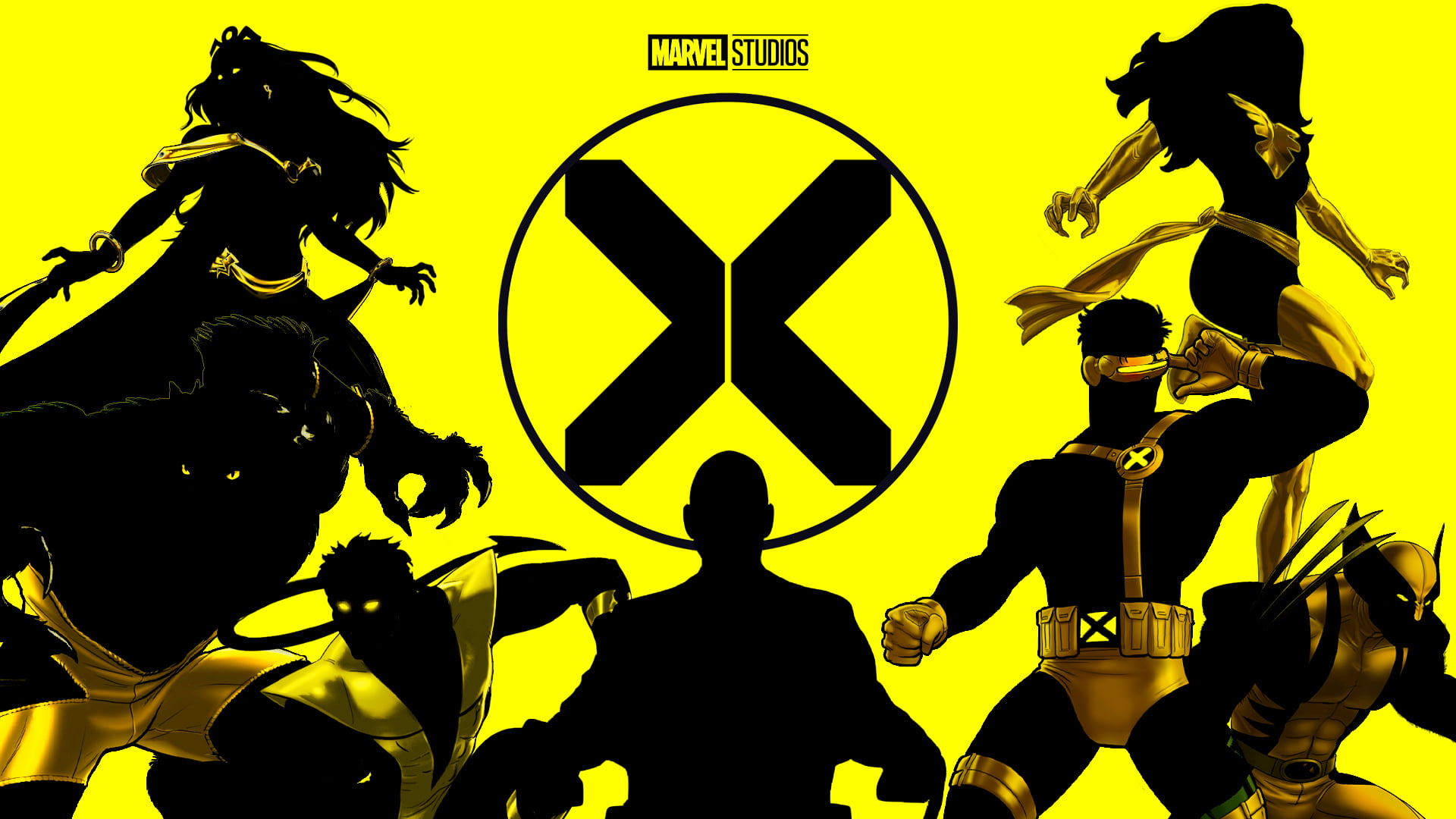 “A new generation of mutants is emerging, that much is certain.”

Since the acquisition of 20th Century Fox in March 2019, many fans have been wondering exactly how Disney plans to manage the former’s film properties, more specifically, how Marvel Studios will manage the X-Men and Fantastic Four properties within the context of the MCU. We know that Marvel Studios already has many ideas and stories that they have been “thinking about…for years”, as stated by Kevin Feige in an interview last year.

While I can say with certainty that we are still YEARS away from seeing either of these properties in the MCU, if you were to ask me what property I think would be introduced first between the X-Men and F4, I personally believe that mutants could be implemented into MCU in a more straightforward manner than the Fantastic Four because we already have the base for them to be introduced.

As of where we stand right now, I have pinpointed 4 possible origins for how Marvel Studios can introduce mutants into the MCU.

**It is important to note that the theories discussed in this article are simply just that. Pure theory and speculation on my part.

With this being said, let us begin: 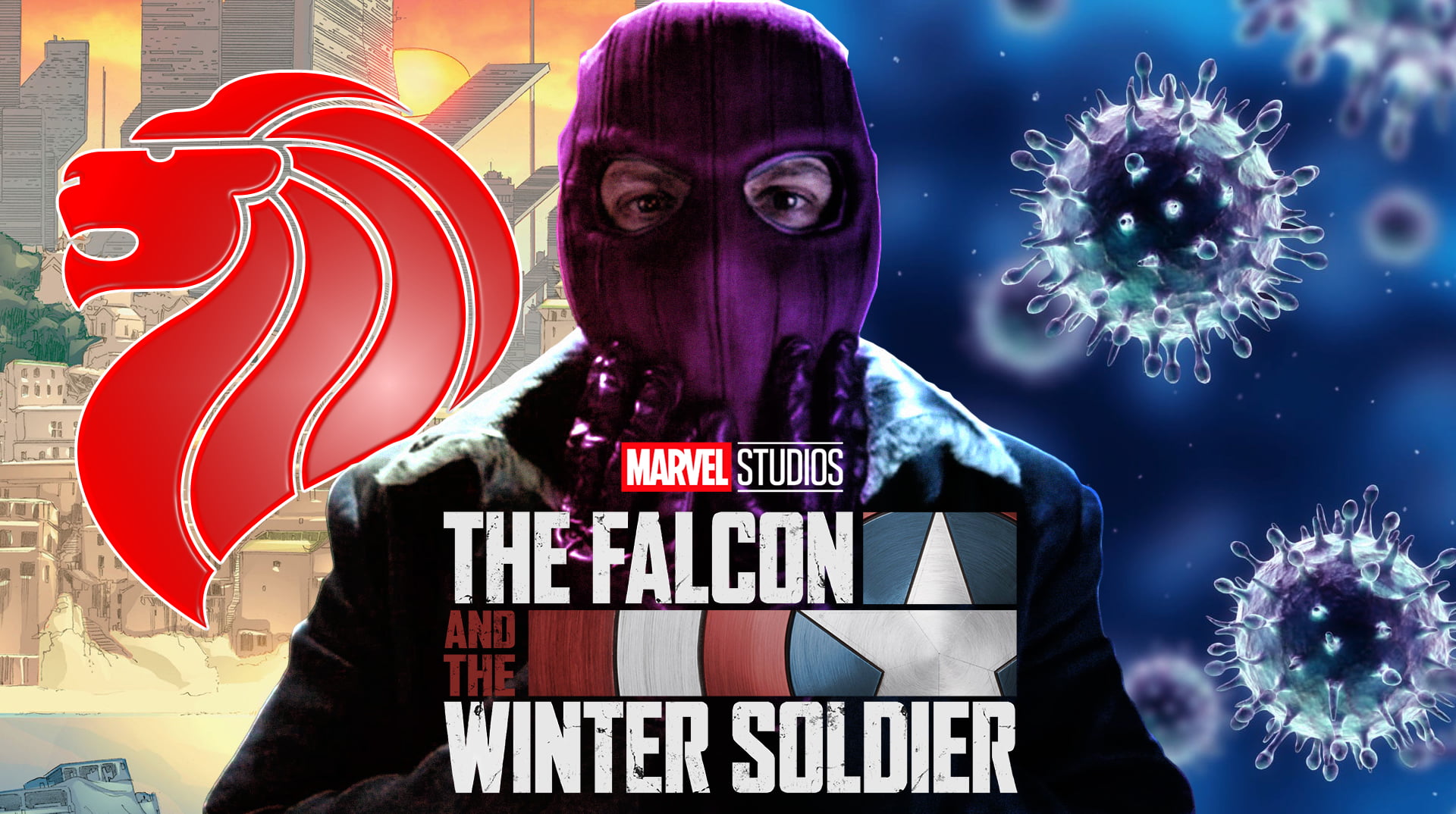 This theory bases itself on information from the upcoming Disney+ show: “The Falcon and The Winter Soldier.”

Oh the irony of this. Relax, it has nothing to do with COVID-19 I can assure you. But the premise in this theory is certainly a very interesting one to discuss. So let’s set the scene.

The Setting: We have Madripoor (a location very popular in the X-Men lore). This fictional island is going to be one of the settings that will show up in The Falcon and The Winter Soldier. (You can read more about it in Charles’ article here.) Now, while I can’t say for certain that this is going to be Ground Zero for the origin of Mutantkind, I do find particularly interesting the fact that Marvel would choose this location for this series, considering its history in the comics.

The Plot: Now the official synopsis for the show says: “Following the events of Avengers: Endgame, Sam Wilson/Falcon and Bucky Barnes/Winter Soldier team up in a global adventure that tests their abilities — and their patience — in Marvel Studios’ The Falcon and The Winter Soldier.” Something that I find interesting for this show is this plotline involving a “virus/pandemic”. Many different sources, (including my own from the time the show was planning on filming in PR before tremors and earthquakes forced production to shut down), referred to the production as “Pandemic Productions LLC.” (Now, I am aware that rumors have surfaced about possible reshoots that remove the virus/pandemic storyline. I personally don’t think they will remove it, at least not entirely). 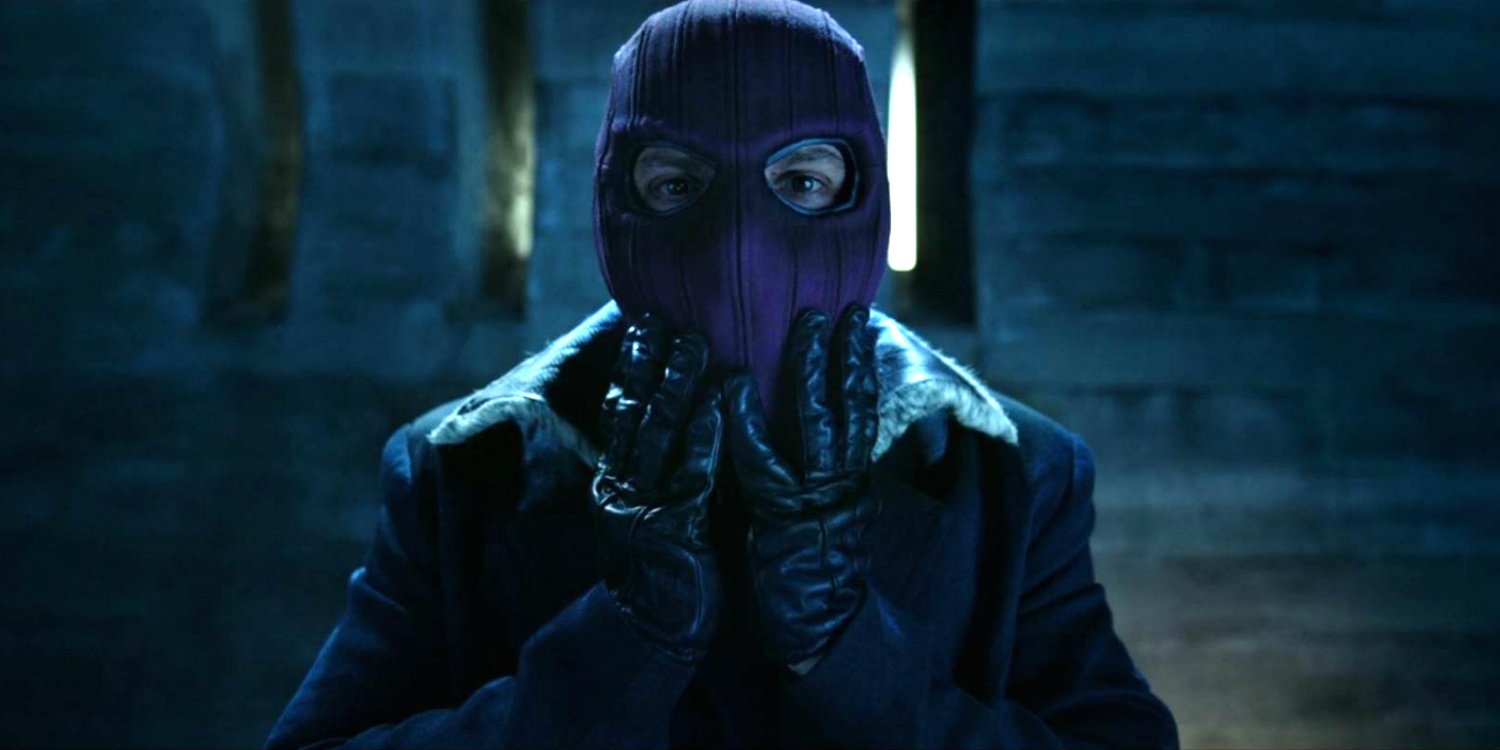 Baron Zemo in the upcoming Disney+ Series: “The Falcon and The Winter Soldier”.

Special Facts: If anyone saw the Deleted Scene from the “Infinity Saga Box Set” where Zemo was at the Auction House, you’d see that Zemo managed to kill a bunch of businessmen with a sort of gas he concocted, so we can chalk up a bit of chemistry to his military background, and it was deleted for a reason. I wouldn’t be surprised if they tried to base some sort of storyline specifically involving that scene.

The Theory: What if the reason why Sam & Bucky are going to Madripoor is that Zemo is planning on unleashing this “virus” meant to hurt hundreds upon millions of innocents, and Madripoor is just one of his testing grounds. The creation of this “virus” would have required the use of human genetic material through clinical trials, which in theory, could create a “virus” that doesn’t necessarily succeed as Zemo intends, and actually has an end result which provides humans with mutant abilities (a storyline which is already being explored in the upcoming Marvel’s Avengers game.) 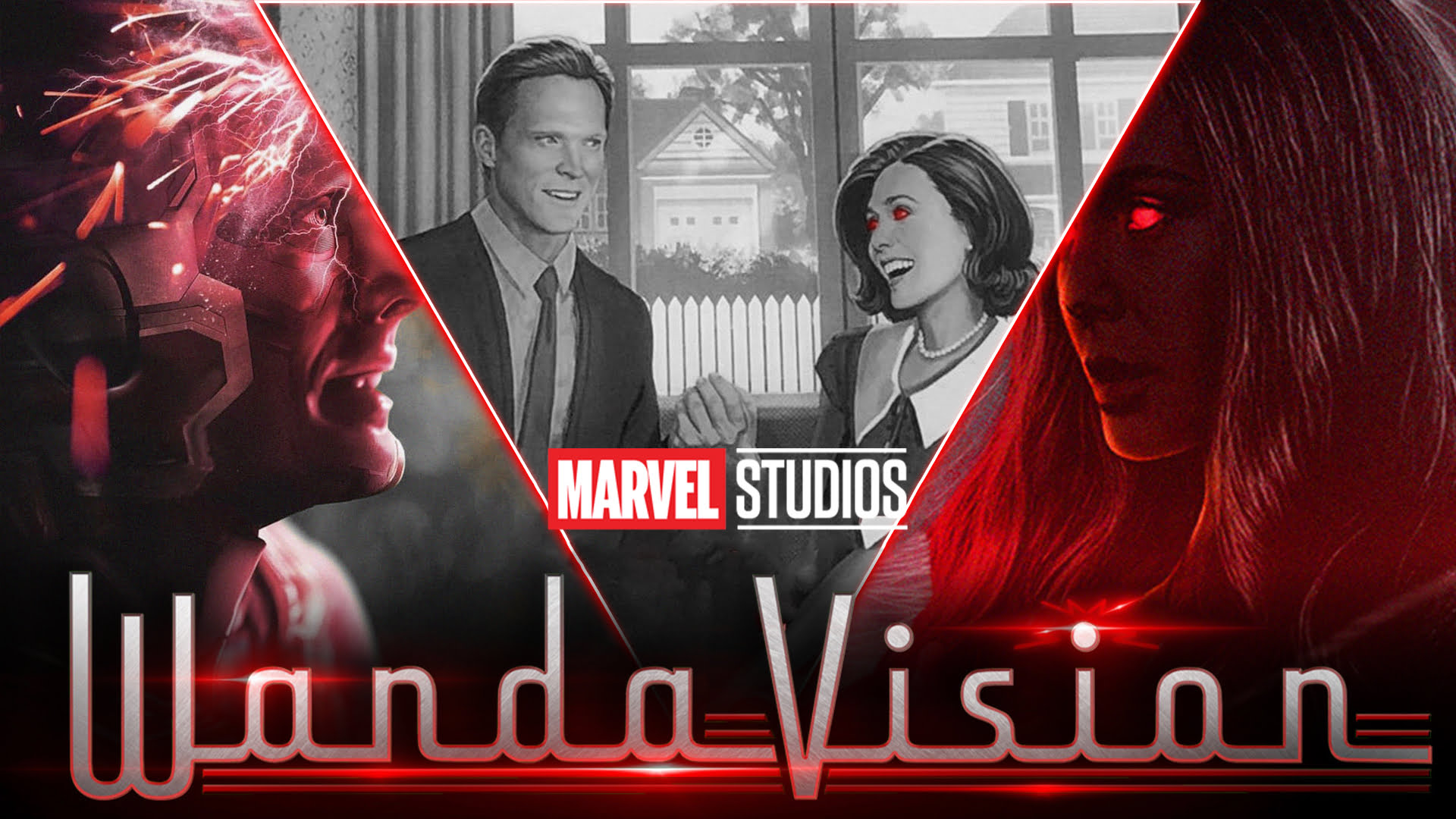 This theory bases itself on information from the upcoming Disney+ show “WandaVision”, the upcoming MCU film “Doctor Strange in the Multiverse of Madness” and the comic storyline “House of M”.

People that know me personally know how hyped I am for WandaVision and Doctor Strange in the Multiverse of Madness. These two projects from all I’ve heard are giving me incredibly powerful “House of M” vibes and I’m all for it. I have multiple theories on both of these projects but that’s for another article. For now, let’s talk about everyone’s favorite witch: Wanda Maximoff.

Background Info: Since her debut back in Avengers: Age of Ultron, Wanda Maximoff has gone through a lot of different changes over the last few MCU films (and I don’t just mean her accent.) She has shown growth in both characterization and power, but that growth has been marked by a great amount of pain and suffering that she has had to go through in her life:

So, her life really hasn’t been that easy. 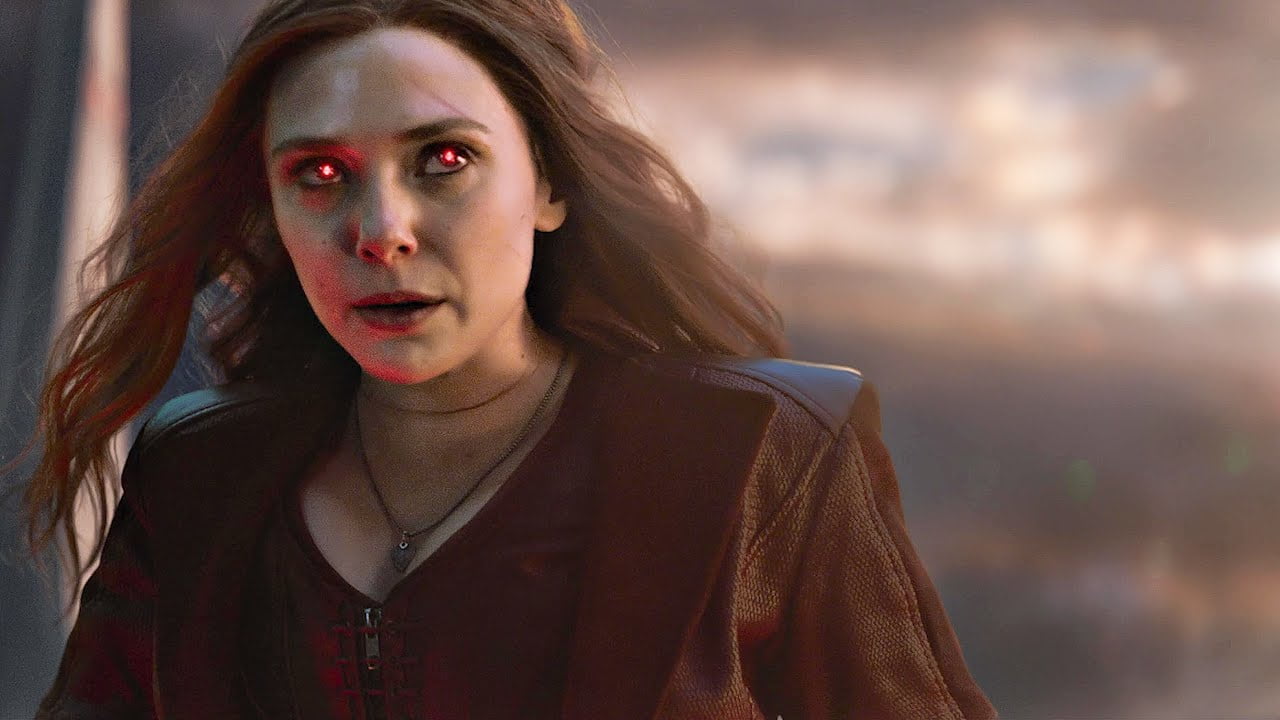 Where we stand right now: The last time we saw Wanda Maximoff in action was during the final battle at Avengers: Endgame and let me tell you something straight off the bat: that scene where she took on Thanos ON HER OWN, was so personally satisfying because I knew right then and there that we were about to get the Scarlet Witch in the MCU. 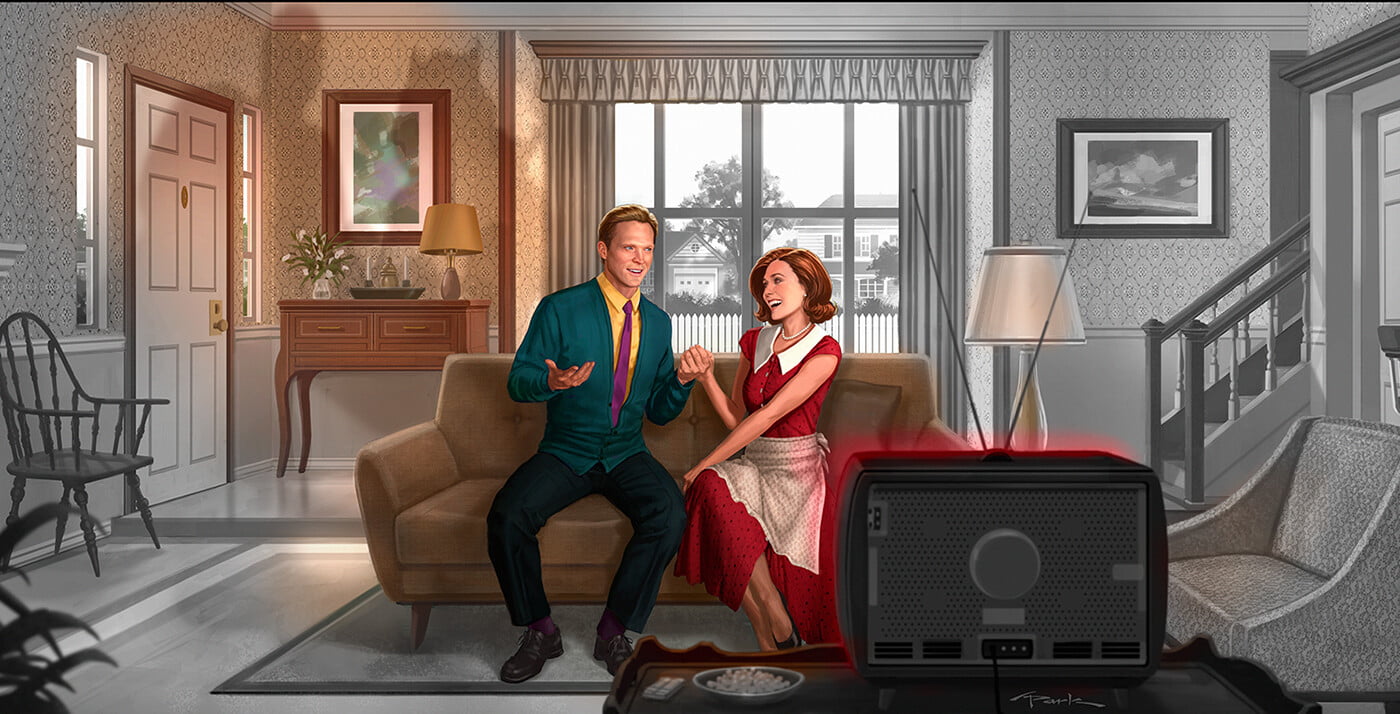 The Plot: Now the official synopsis for the show says: “Marvel Studios’ “WandaVision” blends the style of classic sitcoms with the Marvel Cinematic Universe in which Wanda Maximoff (Elizabeth Olsen) and Vision (Paul Bettany)—two super-powered beings living their ideal suburban lives—begin to suspect that everything is not as it seems.” Straight off the bat, as soon as I read this synopsis, I started brushing up on “House of M“.

The Scarlet Witch in House of M.

Source Material: So a quick recap of “House of M” if you have not read it. In the comics, Wanda gives birth to twins with Vision using her magical abilities but it only exists in this reality that she created in her head to avoid losing control. Wanda’s memories of the twins end up being erased by another witch named Agatha Harkness. Eventually, as the comic run develops, a multitude of events occur, which leads to Wanda being labeled a threat to the world and many heroes contemplate whether they should kill Wanda before she becomes too powerful to stop. Wanda breaks down, loses control, and reshapes reality so the world was run by mutants. When that reality fails and it results in the death of her brother, she redid reality again, but this time, with most of the mutant population losing their powers. Caught up? Good. (Author’s Note: I HIGHLY RECOMMEND BRUSHING UP ON THIS STORYLINE. Whether or not the storyline becomes relevant in this show, it is a fantastic comic run and it marked a very important part of my childhood, so please read it.)

The Scarlet Witch: Now let’s talk about Wanda’s powers. We don’t know exactly how powerful Wanda is or what is the extent of her powers. We can set a starting point that she is powerful enough to destroy the Mind Stone and by the looks of this upcoming show, she might grow powerful enough to alter reality itself. This is why I usually separate Wanda Maximoff from The Scarlet Witch because we have yet to see the Scarlet Witch in her full potential. Her comic counterpart was already powerful to do many of the abilities previously stated as seen in the “House of M” storyline, so it will be interesting to see how the MCU counterpart will size up when the time comes.

The Theory: So my second theory states that the events of both this show and DS2 won’t just mess with repercussions in the Multiverse, but it will affect the current reality in which the MCU is set in and could potentially pave the way for multiple mutants to come in through Wanda’s abilities, thus bringing to life a very important part of the “House of M” storyline to the MCU. 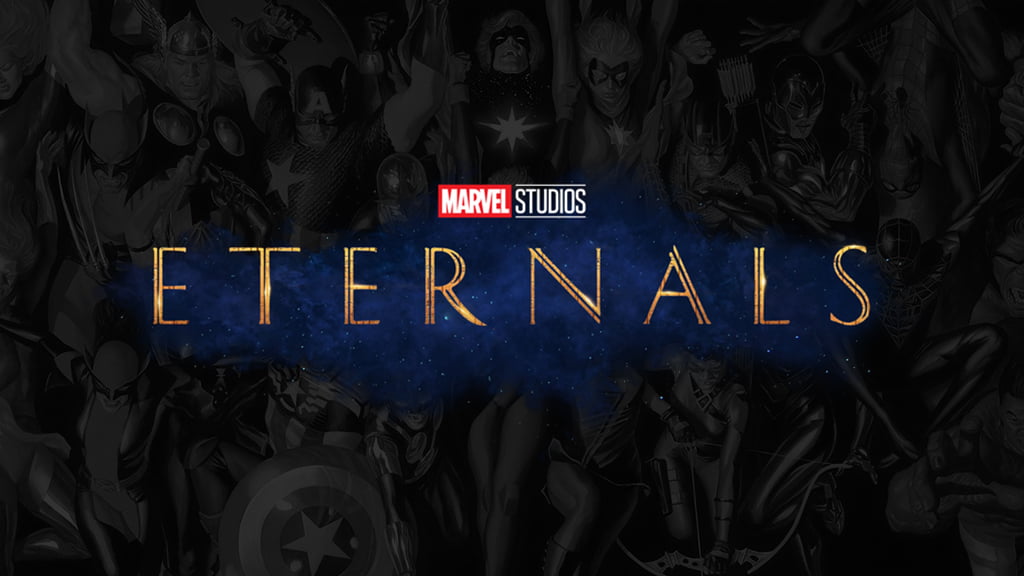 This theory bases itself on information from the upcoming MCU film “Eternals”.

The Theory: I can’t talk about mutants without mentioning the Eternals. While admittedly, the Eternals comic lore is one of my weak points as it was not something I have analyzed as heavily as other source materials, since the announcement of their film at SDCC, I started to brush up on the Eternals and found some very interesting information. The Eternals in Marvel lore are “the first mutants” since the comics explain that their origins are based on how Celestials experimented on the first humans many millennia ago long before the establishment of civilization. During their history, the Deviant gene begins to generate amongst them, which leads to what we know as mutants. At this time, there is very little known about the Eternals and how they will play out in the MCU but they could certainly be a viable candidate for the origin of Mutants. 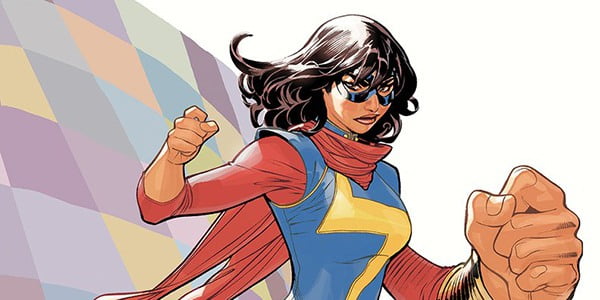 This theory bases itself on information from the upcoming Disney+ show; “Ms. Marvel”.

The Theory: Lastly, I’d like to discuss one more theory which also has lurked in the back of my mind since it’s similar to “The Virus Theory” and was brought to my attention following my beta gameplay of Marvel’s Avengers this weekend. In Marvel lore (and Marvel TV), there is this substance known as Terrigen Mist, which is able to alter the biology of individuals with Inhuman genes (such as Kamala Khan). While in the lore, the mists cause mutations to those with Inhuman genes, it is not really confirmed that humans can achieve mutant powers without having that Inhuman gene in them. The reason why I do not mention this theory as much is that this theory can easily combine with “The Virus Theory” above and can easily be interchanged.

The MCU has already been around for 12 years our time. By Avengers: Endgame, we’re already in 2023…

SO WHY ARE THESE THEORIES IMPORTANT IN THE CONTEXT OF THE MCU?

Many fans believe that in the MCU, many of their favorite mutants won’t have the origin they deserve because the timeline won’t make sense, given that the MCU is currently in the year 2023. Say we keep the origin story of Magneto and Charles Xavier the same (Magneto being born in the late 1920s and Xavier being born in the ’30s). They would both be in their 90s, nearly 100 years old by the time Endgame rolls around. While mutant genes can affect the genetic composition of humans, I don’t think either of their powers has any sort of effect on the life longevity of their anatomical systems. Plus, fans like myself might start to question those origins with questions like:

Something that makes all of these theories is how they can each operate outside the time constraint set by the comics. Let me elaborate. By having any of these theories be the origin point for mutants, they all allow Marvel Studios to actually write in the mutants they’re interested in having in the MCU WITHOUT the need to use any sort of chronological connection to the original source material from the comics because their origin would be established at another point of time in the MCU’s history. This would allow for new stories to be told within the context of the MCU. This would not be the first time Marvel Studios has retconned many of their characters’ origins in the MCU to make them differ from their comic counterparts (I.E. Wanda and Quicksilver having different parents, Ultron’s origin story, Star-Lord’s Father, etc.)

Whatever theory you choose and wish to believe in, one thing’s for certain. The mutants are coming to the MCU.