If Episode 7 was any indication, we are arriving at the heights and very best of what WandaVision has to offer. The chess pieces have moved and the stakes are high. Monica Rambeau does what heroes do, Vision sorts through his feelings while Wanda loses it, and Agnes is exactly who we thought she was. Let’s examine where we are.

Vision gets caught up on everything.

Vision wakes up after the hex expands to being right in the middle of the circus. He recognizes Darcy from the previous night in the confrontation with S.W.O.R.D. and Hayward. Inside the hex, Darcy has become an escape artist who thinks Vision is a creep. Kat Dennings continues to be really awesome in all of her appearances and this is no exception.

Vision catches up to bring her mind back to reality. Darcy then catches  Vision up on everything that’s happened prior to Westview, AKA Infinity War. He’s frustrated with Wanda but Darcy assures him that Wanda and Vision belong together. They later find out that Wanda is keeping Vision from getting back home, or perhaps someone else is? The seeds of doubt have been sewn so it will be interesting to see how these two reconcile.

Monica Rambeau at her very best.

Monica and Jimmy Woo are driving towards the hex so Monica can get back in there. We still don’t know the identity of the aerospace engineer but I’m sure when we find out it will be quite the surprise. Jimmy receives the info Darcy hacked from Hayward’s firewall. The intel shows that Vision is the focus of their operation, as they plan to bring him back online as their own sentient weapon. More on this later. As they arrive Monica meets with her contact, Major Goodner who brings a small unit to Westview with the vehicle Monica requested.

Outside of the Hex, Monica suits up to cross over the CMBR-filled static on the rescue mission. As she drives the vehicle in the barrier turns out to be too powerful and transforms the vehicle halfway into a truck. As Monica gets out, that hero factor or whatever motivated her to keep going kicks in. She forces her way through the barrier and while struggling through we see four different versions of her split. As she holds it together we hear dialogue from Captain Marvel including Carol Danvers and Nick Fury. As she breaks through the barrier we see her eye color change to purple and a new hero is born. Is it Spectrum, Pulsar, or Photon? We have plenty of time to find out but this show has done an exemplary job of giving us Monica Rambeau’s back story the necessary treatment. Even before the series ends, we know who Monica is, her motivations and what she’s capable of without her powers. With the powers? One can only wonder.

Monica then confronts Wanda at her house and Wanda immediately becomes very angry. The prior interferences from Hayward are referenced and she can’t trust anyone. Wanda then yeets Monica outside again but this isn’t the same Monica that got thrown like a rag doll in episode 3. She gathers herself and lands in a pose that only a superhero can pull off. Monica pleads with Wanda to not make herself the villain of the story. They argue and Wanda threatens to end Monica and when Monica replies, “Do it then.” you felt the tension go up another notch. Monica attempts to calm Wanda down and it feels like she’s getting somewhere until Agnes shows up and whisks Wanda away. That Agnes is something else.

Wanda is losing her mind, and she might be losing more.

Wanda starts her day waking up in bed confused about what happened the night before. We get a replay of the hex as she narrates in a Modern Family-style as she seems a bit overwhelmed. Billy and Tommy then come up as they complain that their games are changing form. Their controllers turn into older models, and finally Uno Cards. Billy hears voices in his head but Wanda is having none of it. She wants to be left alone. As the kids are arguing about the video games, Wanda comes downstairs and her powers are on the fritz. Before she gets cereal she seems content with Vision being out of the house for now, and calls Pietro an impostor. It was a nice touch for the cereal to be Sugar Snaps, referring to Thanos’ snap at the end of Infinity War.

Eventually, Agnes shows up and insists on taking the kids off of Wanda’s hands for a bit. Wanda is more than happy to and as she thinks she’s going to have a simple time watching tv her powers go out of whack again. Everything around the house switches time periods and she continues to be confused. A voice offscreen then asks, “Do you think maybe this is what you deserve?” Wanda is losing it.

We cut to a commercial advertising Nexus, an anti-depressant that’s “a unique anti-depressant that works to anchor you back to your reality or the reality of your choice.” That’s another big easter egg. In Marvel Lore the Nexus is a cross-dimensional gateway which provides a pathway to any and all possible realities, this also includes realities between realities. The Multiverse! Wanda Maximoff in the comics is a nexus being, one that is always a constant in all universes.

We get to Agnes’ house which looks really nice on the inside by the way! Billy notices that Agnes is “quiet on the inside.” which is a heck of a red herring for what’s to come. After Wanda’s confrontation with Monica, Agnes brings her into her home presumably to see the kids. As Wanda sits she senses something eerie. She goes to the basement where Agnes says to check for the children. As she goes down a very dark hallway she reaches a room with a cabinet full of bones and a glowing book. Once she reaches this room Agnes shows up and locks the door. We then learn that Agnes is actually Agatha Harkness, the witch from Marvel comics Lore. As Wanda seemingly is under Agnes’ control the episode closes with a brilliant montage with the song “Agatha All Along”. We see how Agatha has been influencing Wanda and Vision the entire time concluding with us finding out that Agatha killed Sparky. Roll credits! Man, that was a lot. Let’s take a look at the theory board with some questions.

WandaVision has been a delight through seven episodes, and the weekly releases has allowed us to digest this differently than if we were binging. With two left we have so many questions still to be answered, and it’s shaping up to be a wild ride down the stretch. 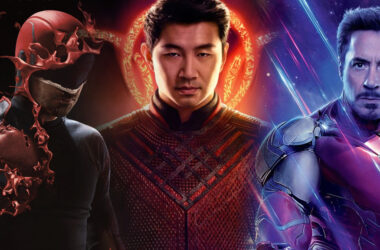 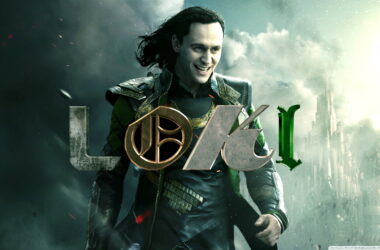 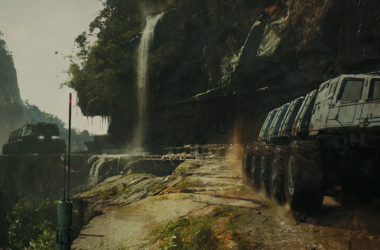