A recent interview by Jimmy Fallon of The Tonight Show with Anthony Mackie sparked an expected burst of articles in comic-book-movie-blogger-land quoting Anthony on the status of his upcoming TV series The Falcon and The Winter Soldier. Unfortunately, it seems like there is some confusion about how much the series has left to film and when they might go back, so I thought I would try my best to bring clarity to some of that based on what I know.

Let’s start with Anthony’s quote from this interview:

Well, I’m happy to say, we are not cancelled, we are on hold. So we’re going back hopefully sometime soon and finish it up. We have very little stuff to do. I’m very happy with it. We have a little bit more we can go back and do but everybody rest assured, it will come out. We are not cancelled.

When Anthony says “very little stuff” and “a bit more” please bear in mind that the man was filming this series for close to 5 months before they were put on hold. “Very little stuff” in comparison could certainly still amount to several weeks at least, which is what has been previously reported. And certainly it could be his “bit more” is just in reference to his character’s part, while stunt crew and other actors may have much more to do beyond that to finish up.

Case in point, in a Sebastian Stan interview with SAG AFTRA Foundation interview last month, Seb said they had “roughly a few weeks of shooting” left on FaTWS.

That is certainly “a bit more” than some might think going by the “very little stuff left to do” headlines I’ve seen recently. Please understand, I don’t say this to tear down my fellow bloggers, only to make clear that there is indeed a significant amount of work left to do on Falcon and The Winter Soldier and I don’t want to give fans a false hope about it finishing up super fast and being ready for an August 2020 premiere. This seems to me and other much more “in the know” types I’ve spoken to, to be near impossible. I hate saying that, many who’ve been following me on Twitter a while know this show is my #1 I’m looking forward to the most. But I can’t deny it seems unrealistic the show will make August 2020, and perhaps not even the Fall.

On March 6, Czech extra casting company Extrafilms posted on Facebook that there was specifically 3 weeks of filming to be done in and around Prague. The casting call for active runners and bike riders to film at a stadium there mentioned the shoot had a filming date of March 20th. My friend from the Czech Republic @FFilmu on Twitter had also found street permits revealing that the production would likely have been there until March 23. The production was shut down and began leaving around March 10-11, meaning nearly 2 weeks should have been remaining to film in the Czech Republic.

Around this same time, I also spoke to Atlanta resident @loburger, the same guy who caught some great footage of them filming at Atlantic station and more set images referencing Samson Development, about what was going on at his location. He told me, via a couple friendly security guards watching over things, that the series was meant to return for a bit more filming at that location at the end of month. So it was going to be two more weeks in Prague and then back to Atlanta for at least a little more. He also mentioned to me on March 10th they still seemed to be constructing more stuff for sets there. As of May 16th, according to @loburger everything was still there at that point. In other words, definitely more planned to do in Atlanta, I’d say. Whenever that may be.

You might at this point say, “Okay, there’s only 3 weeks left to film. No problem, they can finish that in July for August or in August for September. No problem.” Except, there are some pretty damn big problems. One of the biggest for pretty much everyone worldwide being COVID-19.

Even if they’ve completely straightened out the script to remove some or all of the “pandemic” elements to the story which we believe would have involved a Madbomb storyline, and they have the same amount of planned reshoots left as they did before the shutdown, there is the risk of everything shutting down again. There is also the high likelihood that everything will take significantly longer to film based on new COVID safety guidelines limiting crew, extras, and actors and dictating what they must do to stay safe. So maybe approximately 3 weeks left becomes 4 to 6 weeks? Maybe cases spike and they have to stop again for several months? Or maybe they plan to start and have to throw out those plans last minute, make different plans, or just keep waiting. While I have heard that perhaps mid to late July is the expected time filming will resume for many productions, including the Disney Plus shows, there is no set start dates that we’ve heard about yet, and even if there were it could very well change at the last minute. All we can do is wait and see.

Because unfortunately, there are much bigger problems and caveats in the way of the series finishing. COVID-19 cases and deaths continue to rise in Georgia all the while the state continues to loosen restrictions on social distancing and other preventive measures. This is all very worrisome and as much as I want the shows, I want the people making them to stay safe more.

While things currently seem to be more stable over with my friend in the Czech Republic @FFilmu, and some filming has resumed there with plenty of guidelines. That could change quickly for the worse as well. And yes, I do believe that they want to return to Prague to complete filming there. But that would again involve a smaller crew, less extras, and in all likelihood take longer than the estimated 2 weeks left to film there unless other plans are made.

So what happens if Georgia and Prague are not feasible or too dangerous due to this virus spiking? Los Angeles has been trending poorly with the virus as well. On top of that, a significant problem is studio space is hard to come by all over. This is yet another big problem for any of these shows to get finished this year. Everybody wants to finish their movies and TV series that have been paused, not just Disney and Marvel.

Now that I’ve depressed everyone including myself here. I do think there is hope that both The Falcon and the Winter Soldier and WandaVision are completed and air in 2020. But we must be cautious with our optimism to avoid a very possible let down with further delays. You may now understand why Disney/Marvel have refrained from officially announcing changes to the release dates of these shows. I suspect that it is due to continued uncertainty due to the virus about when these series can be completed. Even with filming done there would still editing and vfx to finish on new footage, scoring, and I’m sure other elements to complete. That all takes time. And I’m sure most if not all of you reading this wouldn’t want them to rush it.

I truly believe these shows will be worth the wait tho. So hang on, there is a light at the end of the tunnel and those of us longing for our favorite MCU characters to return will get there. I am very hopeful of that. 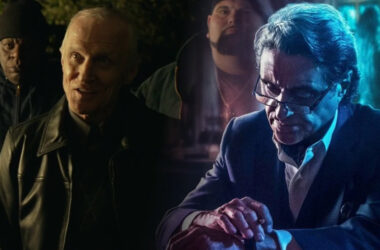 The Continental will finally enter production with director Albert Hughes on board. Instead of an ongoing series, it’ll be a three-episode event that…
Read More 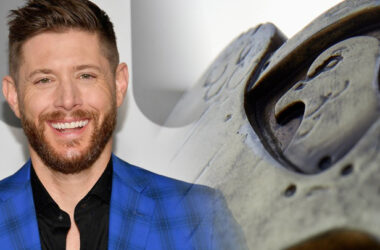