Every now and then I come across some information the veracity of which can be confirmed by a second source. What happens FAR more often is that I come across some information that while believable and from trustworthy sources, cannot be confirmed by other sources for various reasons. For instance, on February 19th, I wrote this piece relaying some rumors I’d heard about Marvel Studios updating its Disney Plus slate; the next day, the news broke that a special Disney Plus event would be held in London on March 5th where it is expected that Marvel Studios and Star Wars slates will be updated. I also shared information about Peyton Reed directing episodes of season 2 of The Mandalorian months before he made it official. It’s been a long, long time since I’ve been able to hear much of anything, so I’m excited to share this bit on info with you. 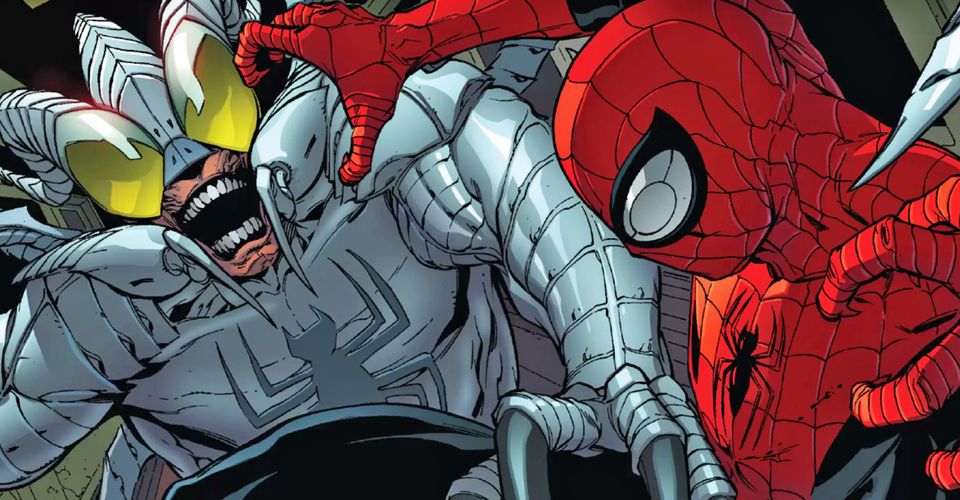 I was recently contacted and had some information shared with me that has led me down a pretty wild path of speculation to an end point that I think makes a ton of sense. The information, while nebulous, comes from a trusted source and I’ve spent some time trying to get a little more context and clear up what I’ve been told, but at this point that is hard to come by, so I’ve landed on the option that makes the most sense to me: Spider-Man 3 may well introduce one of the Wall-Crawler’s oldest villains, Dr. Spencer Smythe.

Smythe first appeared in 1965’s The Amazing Spider-Man #25 and made a mess of things for Spidey at the behest of J. Jonah Jameson who, as you know, viewed the young hero as a MENACE! Without giving away some details I’ve been asked to keep quiet, Smythe was one of a handful of alliterative Spider-Man characters that I had to choose from based on the information at hand but he’s also the one that fits the best given the way the last film ended. While there’s currently no shortage of crazy Spidey rumors going around right now, it seems a certainty that the film will open with Peter dealing with the fallout from the revelation of his secret identity by Mysterio at the end of Spider-Man: Far From Home. Of course that movie also brought J.K. Simmons‘ J. Jonah Jameson into the MCU and given his history with Smythe, it wouldn’t be entirely surprising to see the two team up at the beginning of this threequel. Smythe, of course, doesn’t pose much of a threat himself but he’s more than capable of causing Spidey problems by developing Spider-Slayers! 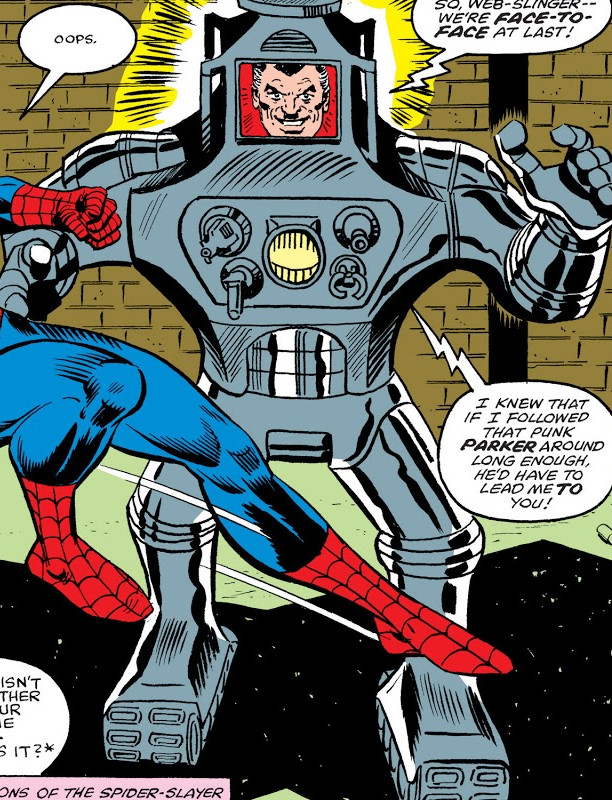 The Spider-Slayers were a series of robots developed by Smythe with the original model even bearing the face of J. Jonah himself. An appearance by the Smythe and the Spider-Slayer(s) could prove for some incredible shots of Spidey swinging through NYC with the Slayers in pursuit as well as making Jameson a true antagonist in the MCU while bringing a classic Spidey villain to the screen for the first time. It’s also worth noting that Smythe’s son, Alistair, played by BJ Novak, made an appearance in The Amazing Spider-Man 2 and we know that Feige has no problem reinventing characters from the previous Spidey franchises at this point with both Simmons and Jamie Foxx reprising their roles in the MCU, so Novak’s Alistair, who was a part of the series of events that saw Foxx’s Max Dillon become Electro, could make his way into this shared universe as well.

Again there are so many wild rumors out there right now that it’s hard to tell what to believe and hard to get a good idea of just what this movie is about, but adding Smythe and his Spider-Slayers to the film is certainly in line with where things left off last time we saw Spidey! Hopefully, we’ll see where things end up for Peter and company and if I made the right choice in my deductions sooner than later as filming is set to kick off soon and Spider-Man 3 is due in theaters on December 16, 2021! Charles V. finished 53 games this year. These are the 10 best he played.
Read More