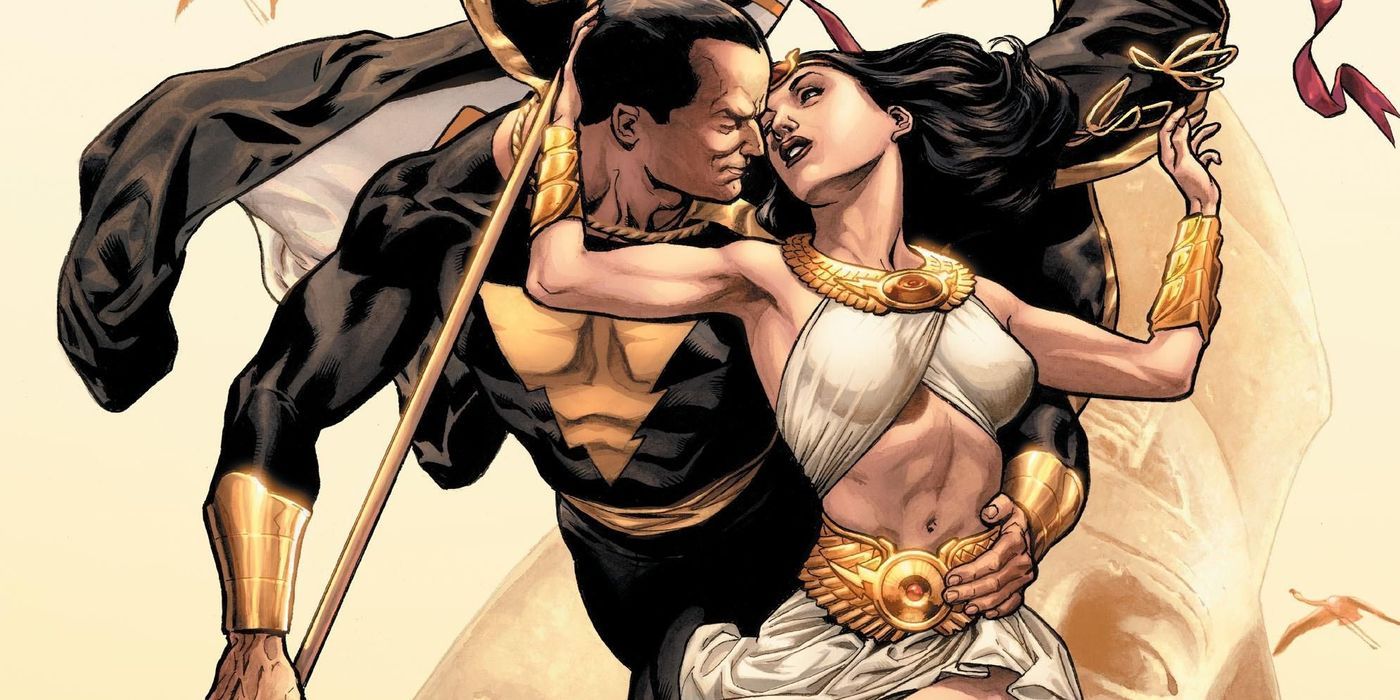 Based on a character played by Joanna Cameron from the Shazam!/Isis Hour, Adrianna Tomaz, once a slave, was a gift to Black Adam from the infamous Intergang, a group of mercs powered up by stolen Apokolips technology. Adam quickly cut these mercenaries down and freed Adrianna who quickly became critical of the way Adam was running Kahndaq and how he could be doing things better. Adam quickly fell for Adrianna and the two would wed in a ceremony officiated by Shazam, with many prominent members of the Shazamly in attendance such as Mary Marvel, Captain Marvel Jr, Uncle Dudley, and of course Tawky Tawny.

Adrianna was given the the amulet of Isis after being approved by now sitting wizard, Captain Marvel. The amulet once belonged to Queen Pharaoh Hatshepsut, a previous champion of the wizard. The amulet of Isis, once in hand and the words “I am Isis” are spoken, allowed he or she who wore it to be instilled with the powers of the goddess Isis: speed, strength, wisdom, flight, and the ability to control nature. Together Adam and Adrianna traveled throughout the Middle East freeing the enslaved and searching for Adrianna’s lost brother, Amon, after the two were separated in enslavement. Amon would soon become bestowed with powers similar to Adam and Tomaz, donning the name Osiris.

A much more watered down version of the character named Zari, played by Tala Ashe, has become a series regular on Legends of Tomorrow wielding a similar amulet that allows her to control wind, the character is a hacker from the future who joined the legends to save her brother. Sarah Shahi has been cast in Black Adam and will play the powerful love interest herself. Moff Gideon is playing chess. By the time Chapter 12 of The Mandalorian, “The Seige“,  comes to an…
Read More We’ve passed the halfway mark on the first, and hopefully not last, season of Peacemaker on HBO Max.…
Read More