Nathan Miller
1
0
0
The writers for the first 3 episodes of Marvel’s streaming series Hawkeye have been revealed and there’s a surprise among them.
Total
1
Shares
1
0
0

Hawkeye premieres with 2 episodes on Disney+ in little over 3 weeks. Up until now, most of what we have seen from the show has been the Christmas Holiday atmosphere it is leaning into. It’s quite clear from the trailers that Clint Barton’s past as Ronin will drag him along with Kate Bishop into a conflict with the Tracksuit Mafia just before Christmas. As we get closer to the release date there will be more details updated and released about the technical aspects of the show. The Writer’s Guild of America West has updated their site to show the credited writers for the first three episodes. 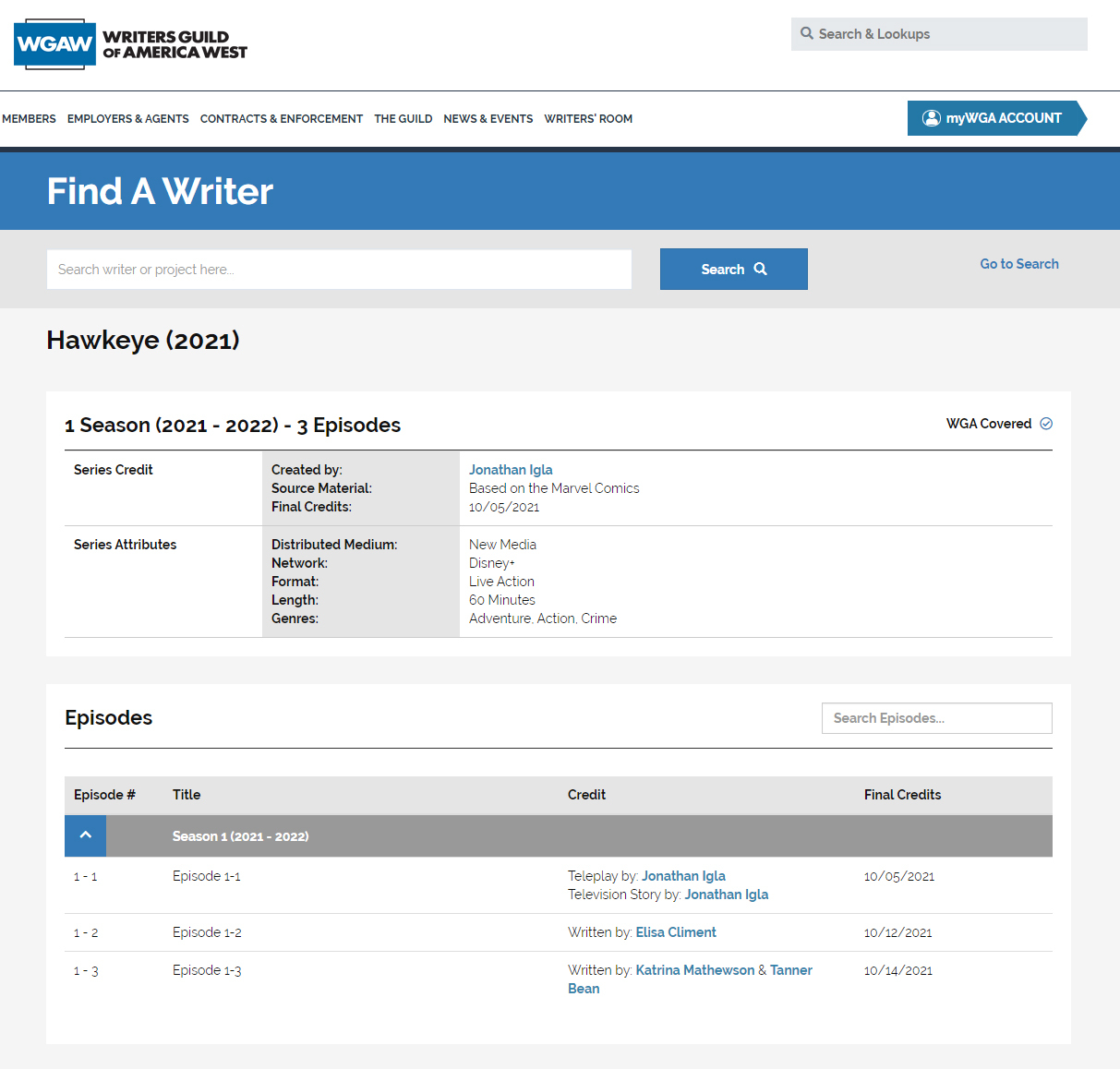 Episode 1 has been written by series Head Writer Jonathan Igla. He is most well known for his 2010 to 2015 run on Mad Men from Season 4 to Season 7. He also worked on Sorry for Your Loss, a bereavement-focused drama series executive produced by and starring Elizabeth Olsen. Writing Episode 2 is the newest name to be revealed from the Hawkeye writers’ room. Like Igla, Elisa Climent’s credits seem to be a mix of drama and comedy with the aforementioned Sorry For Your Loss, and a dark comedy about a female con artist called Imposters. Finally, for Episode Three, the duo Katrina Mathewson and Tanner Bean who previously announced their involvement on Twitter in March 2020 and who similarly have drama and comedy credits including a previous holiday film Christmas Ever After.

With the glimpses of Rogers the Musical and the seriousness of Clint trying to get back to his family before Christmas it seems like Hawkeye tread the balance between comedy and drama as the the writers’ previous credits seem to indicate. As for how the series itself plays out, we’ll have to wait and see as it premieres towards the end of this month and concludes close to Christmas.

Sony has been on a roll with their casting for the upcoming Kraven the Hunter spinoff film, which…
Read More