The big announcement has come today that WandaVision is getting a spinoff that’ll focus on Agatha Harkness. It’s not the first show to spin out of an existing Marvel Studios property on the streaming service. Our first announcement came in the form of Echo long before Hawkeye even got a release date. The fact that a villain is getting her series opens up many possibilities moving forward, as it means anything goes. So, it’s the perfect time to explore other potential Disney+ series that could spin-off from past projects.

Black Widow explored a rather unique take on the character of Taskmaster but still kept a small glimpse to further explore the character in the future. The fact it was referenced as a “Protocol” in the film left a lot of opportunities to further expand the concept without necessarily requiring the return of Antonia. We did play around with the idea of them exploring Tony Masters as someone who takes over the program. No matter what direction they take, there’s a lot of potentials to expand the concept through a Disney+ series. Each episode introduces a new threat that forces our protagonists to adapt and learn. Yet, each action comes at a price, as their memory starts to fade.

Halloween is around the corner. We might get a special next year focused on Werewolf by Night. Yet, I would also love to see the return of our favorite Flerken. Captain Marvel’s Goose hasn’t appeared in the franchise since his introduction in 2019. While looking like an innocent cat, he’s an interdimensional pocket with Lovecraft-inspired tentacles ready to snap up its foes at any time. He deserves a Disney+ series that twists our understanding of what a Marvel story is. We find out he’s been living a normal life with a family in the United States. Little do they know, their connection to SHIELD makes them easy targets for some dangerous forces. Yet, they had a small little cat keeping them safe. Each episode could be a parody or tribute to a horror franchise. To give an example, they could explore a house invasion story, but they have no idea they’re about to face a very dangerous being.

This spinoff idea seems the most obvious, as the end of Shang-Chi very openly hinted that the new generation of this organization will make a return. Meng’er Zhang‘s Xu Xialing took over her father’s base and added a new spin to the organization. The implications seem to hint at her fighting ring organization has combined with the world-dominating terrorist organization. The fact that the film’s post-credit sequence highlights that this organization will return highlights that they have a plan for them. So, the best approach would be to adapt it to Disney+. Not only does Xialing deserve time in the spotlight, but we could also see a new empire get founded. We can explore her dealings in the underworld that hints at other famous Marvel evils making a comeback. She may offer a closer window into a world we had no idea existed out there. 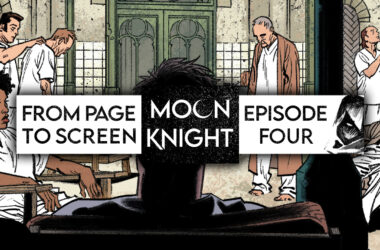 In our latest From Page to Screen feature, we explore the psych ward Marc and Steven find themselves in at the end of episode 4.
Read More 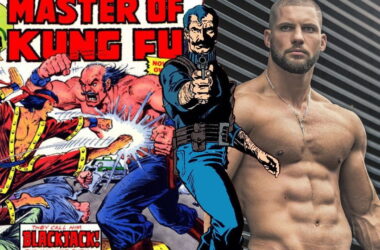 Before you go any further, please note that this is what we call a “Connecting Imaginary Dots” feature.…
Read More