Actress Milan Ray, who is best known for her role as Keisa Clemmons on ABC’s The Wonder Years reboot, has been cast in Marvel Studio’s Blade. According to the report from The Direct, Ray will portray a “key character” in the film.

While the report did name Ray’s role, a report from over a year ago indicated that the production was searching for “Ruby”, a teenager described as “thoughtful, serious, and burdened by growing up in a complex world.” At the time, it was widely speculated that this role would turn out to be Blade’s daughter, a concept abandoned by Marvel Comics in 2015. It’s sensible that Ray’s character will be how Marvel Studios chooses to bring that character, Fallon Grey, to life in the MCU.

Ray joins Mahershala Ali, Delroy Lindo and Aaron Pierre in the film which does not yet have a release date and looks to begin filming late this summer or early this fall. Bassam Tariq will direct the reboot based on a script by Watchmen scribe Stacy Osei-Kuffour. 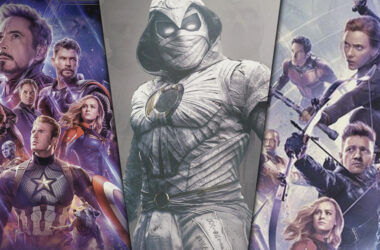 Here’s an interesting surprise, but it looks like Moon Knight wasn’t always the standalone project that it is.…
Read More