Hunter Radesi
9
0
0
Ahead of his live-action debut in Black Panther: Wakanda Forever, we look at Namor’s long journey to the big screen.
Total
9
Shares
9
0
0

With the release of Black Panther: Wakanda Forever on November 11th, director Ryan Coogler and producer Kevin Feige will have managed to pull off the one thing it felt like Hollywood would never allow to happen – Namor on the big screen. Marvel’s first Avenging Son, often referred to as the Sub-Mariner, has been on the cusp of live-action glory since the 1950s, but somehow, every previous attempt at bringing the character to life has faltered before coming to actual fruition. Now, Tenoch Huerta is set to join the Marvel Cinematic Universe in one of the franchise’s original flagship roles, putting a new spin on a character that’s been around since the dawn of comics. Though, before fans take a dive into the actor’s wave-making MCU debut, they could stand to learn a thing or two about the long history of failed attempts that kept Namor out of the spotlight for decades on end.

Namor was introduced by Bill Everett in 1939’s Marvel Comics #1 as the antithesis for the comic’s protagonist, the original Human Torch. This made him Marvel’s first ever supervillain, albeit backed by the noble cause of protecting Atlantis and its citizens. Much to the company’s surprise, however, the Sub-Mariner became popular with readers who sympathized with his motives, and the character was quickly shifted from outright baddie to full-blown antihero status. The move resulted in Namor receiving his own published title and becoming something of a phenomenon, churning out book sales on par with Timely Comics’ other major player, Captain America.

So, it didn’t take long for some television executives to decide that Namor deserved the same kind of live-action treatment Captain America got with Dick Purcell in his 1944 serial. The success of George Reeves‘ Man of Steel series was also a big factor, with producer Frank Saperstein (or Saverstein) believing that, “if you could do it with Superman, you could do it with The Sub-Mariner.“ According to a late 1960’s interview with creator Everett, conducted by former Marvel Editor-in-Chief Roy Thomas, the Goodson-Todman production company was interested in adapting Namor to low-budget TV in 1954, with Saperstein, a huge fan of the character, paving the way. Everett was brought on board as a story consultant, with final say over scripts, and B-movie star Richard Egan had agreed to take the lead role.

The plan was to use the initial antihero version of Namor, not the more heroic interpretation that was favored during World War II, and bring him into “modern” situations. Unfortunately, alleged behind-the-scenes drama over unmet demands caused the creative ship to sink before it ever set sail, and The Sub-Mariner remained confined to the pages of comics. Interestingly, there have been claims that a separate live-action Namor pilot was planned to be filmed sometime in the 1970s, but canceled when executives realized the concept was too similar to NBC’s short-lived series Man From Atlantis. Although, there doesn’t seem to be much in the way of reputable sources backing this up, so take that one with a grain of salt for now.

*Note: Much of the information about the 1950s Sub-Mariner project given by Bill Everett is disputable. The writer wasn’t lying, but it’s entirely possible he misremembered some of the details regarding what happened during the series’ whirlwind production. For example, he states a producer named Frank Saperstein approached him about adapting Namor, but a quick search reveals nobody was working in the industry under that name at the time. It’s very possible Everett was actually talking about director Frank Satenstein, who worked with Goodson-Todman at the time these events took place.

After Namor’s television exploits failed to materialize, his comic series wound up being scrapped and, instead of achieving the worldwide fame he’d once seemed destined for, the character fell into relative obscurity. Then, a 1997 article from Variety casually revealed to fans that Philip Kaufman, an auteur known for his range with films like The Right Stuff and Invasion of the Body Snatchers, was developing a movie titled Namor: Sub-Mariner as part of Marvel Studios’ original production slate. The filmmaker would have directed the project from a script by Sam Hamm, who also wrote 1989’s Batman, and hoped to center the story around Namor’s “certain bad feelings toward the people up above, on Earth, because of his ecological concerns“. Regrettably, not much more was ever revealed about Namor’s potential cinematic debut, and it seems whatever Kaufman had planned fizzled out within a couple years.

At some point, after Kaufman‘s work on the character had ceased, Saban Entertainment took a crack at the underwater hero with Randall Frakes handling the screenplay. The writer was best known for his work with director James Cameron on films like Aliens and Terminator 2: Judgement Day, and was then crafting a new story under the title Namor, the Sub-Mariner. The news broke by way of an entirely different announcement, that Frakes had signed with Ember Entertainment, and nothing more was heard about the script after.

By 2001, then-Marvel Studios President Avi Arad and Kevin Misher had made plans to sell Namor’s film rights to Universal and act as producers on whatever movie the company came up with. Arad was confident in the Sub-Mariner’s bankability, saying he felt the antihero could make for a massive franchise that dealt with the world’s true final frontier – the ocean. He also echoed sentiments made by Kaufman during the prior attempt at adapting the character, explaining that Universal had a chance to tell a Namor story dealing with a lot of real-world problems:

Even though it was first published in 1941, Sub-Mariner has modern-day implications because if you look at the undersea and what’s happening there, you have to address such issues as Exxon Valdez and the oil spill, undersea bomb testing, pollution and global warming… The ocean is a source of food, medicine, energy and scientific study, so we are dealing here with issues that are at the forefront of today’s society. This project is a very real story told through the eyes of someone who has to not only understand humans but has to protect his own people.

Misher was more focused on who might be attached to the film, naming the aforementioned Cameron as his ideal director and Jude Law as his pick for the titular character. Road to Perdition‘s David Self was hired to write the script in 2002, and Chris Columbus signed on to helm the movie under the name Sub-Mariner two years later for a projected 2007 release. Sadly, intense burnout from making the first two Harry Potter films caused Columbus to drop out of directing Sub-Mariner in 2005, and the whole of production soon followed him down the drain and out of theaters.

Marvel Studios and Universal moved on rather quickly, securing Jonathan Mostow to write and direct a new version of the Namor origin in 2006. Now titled The Sub-Mariner, the film would tinker with the character’s classic roots and remove him from his upbringing in Atlantis. Instead, Mostow‘s script would see Namor as a young surface-dweller who discovers he “actually is a prince from Atlantis, with him turning out to be the key man in a brewing war between the underwater world and the modern surface world“, according to a statement released by The Hollywood Reporter at the time. At this point, Kevin Feige had entered the mix as Marvel Studios chief, and stepped in to say the film’s “spectacle will be tempered with character. Our hero is caught between two worlds. That is the heart of the story, and it is that dichotomy that makes him so interesting“.

Mostow, who is best known for directing the critically-panned Terminator 3: Rise of the Machines, remained committed to the project until at least 2009. While on the press tour for his film Surrogates, the filmmaker reiterated that The Sub-Mariner would eventually be made and that the only thing holding them back was an inability to crack the script. He also commented that Universal was continually renewing their option to produce a big screen adaptation of Namor, something that ultimately prevented Feige and the ever-growing Marvel Studios from taking the reigns themselves and making a film all on their own.

Of course, this would become the topic of much debate over the course of the next decade. After years of radio silence, it became clear that The Sub-Mariner would never see the light of day, but the belief in whether or not Universal stilled owned the character’s film rights was constantly in flux. From 2010 until as recently as 2018, a number of high-ranking Marvel and Hollywood figures gave differing information on Namor’s cinematic status. Marvel Entertainment CCO Joe Quesada and THR’s Borys Kit both made claims that Marvel had the rights back in the early 2010’s, but Feige spent most of that era staunchly sticking to his guns that prior deals with Universal would make an MCU Namor film nearly impossible. On top of it all, there was even a strange, brief moment when an unknown project, also titled The Sub-Mariner, was listed as entering production in 2017, with no studio specified.

With marketing for Wakanda Forever kicking up, however, it seems the days of Namor’s live-action limbo are over. The character will appear as the antagonist in the Black Panther sequel, bringing to life a longstanding comic book feud between Atlantis and Wakanda. Based on what promotional material has shown the public, it appears the MCU will opt to alter the origins of Namor and his people, giving them a connection to real-world history and bringing them more in line with the Black Panther series’ cultural themes. It’s unknown if this debut will lead to some sort of solo project down the line, or if those pesky behind-the-scenes complications are still preventing the Sub-Mariner from headlining his own film. It’s possible that Namor can be a featured character in Marvel Studios productions, but can’t have his name in a title without involvement from Universal – a situation similar to the one that confined Mark Ruffalo‘s Hulk to team-ups for over a decade. Either way, it’ll be nice to finally see one of Marvel’s very first marquee names get the spotlight, even if it’s only as Black Panther’s latest foil. 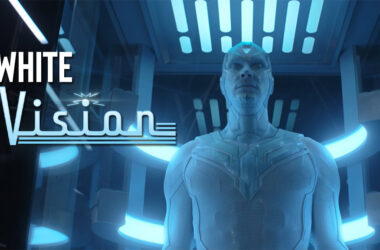 The much-anticipated finale of WandaVision provided us with a deep dive into Wanda’s grief. It was beautifully brought…
Read More 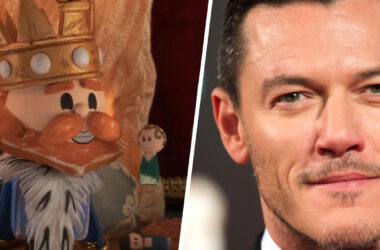