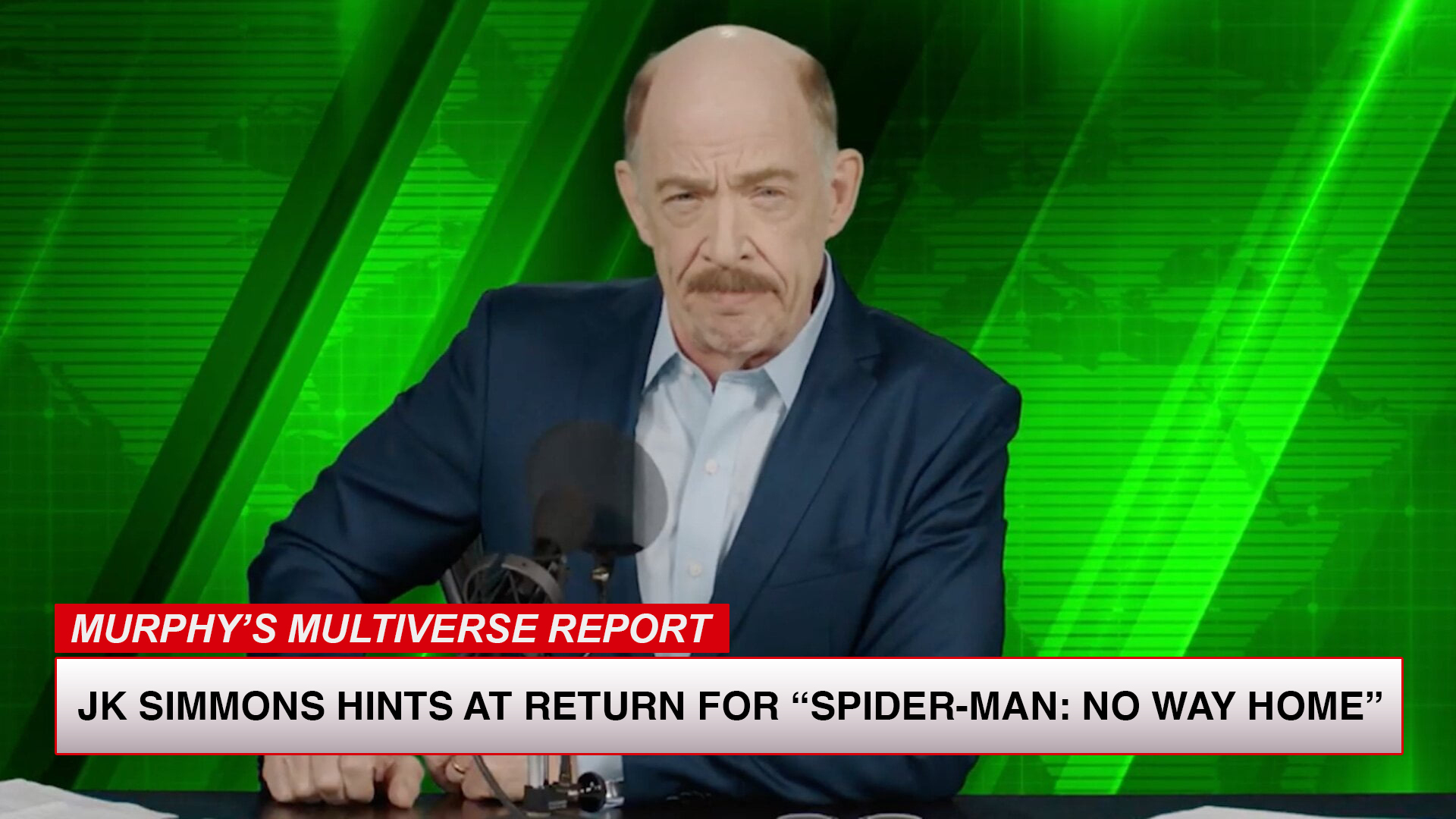 J.K. Simmons is starting to become a regular name in comic book adaptations, and he’s not done yet. During a recent interview with ComicBook.com, the acclaimed actor hinted that he may not be through with playing with one of his most iconic roles. The role being referred to is, of course, hot-headed journalist J. Jonah Jameson, whom Simmons has inhabited to perfection since his big screen debut in Sam Raimi‘s 2001 Spider-Man. Originally depicted as the web-head hating editor of the fictional New York City newspaper The Daily Bugle, Simmons reprised the role in both of Raimi’s sequels as well as the animated series Ultimate Spider-Man. Fans everywhere were surprised to find the Oscar-winning performer show up as Jameson once more in Spider-Man: Far From Home‘s mid-credits scene, this time as an internet conspiracy theorist. The unexpected cameo made him the first actor to play the same character in more than one Marvel Cinematic Universe and led audiences to wonder if he may show up again in the future of the mainstream MCU. This quote, taken from Simmons after a question about his involvement in the worlds of both Marvel and Zack Snyder’s Justice League, most likely provides the answer:

Aside from playing J. Jonah Jameson, Simmonsis known to comic book fans for his part as Commissioner James Gordon in the DCEU and his upcoming role voicing Omni-Man in Amazon’s Invincible series. Supporters of Nickelodeon’s Avatar franchise may recognize him as the voice of Tenzin in The Legend of Korra. Outside of the nerd realm, the actor has won an Academy Award for his performance in the film Whiplash, and has appeared in numerous critically-acclaimed films such as Burn After Reading and La La Land.