While filming in Halifax, photos and videos of Marvel Studios’ Secret Invasion set have been slowly coming to light. While previous images have given us our first look at certain actors such as Samuel L. Jackson, Kingsley Ben-Adir, Emilia Clarke, and Cobie Smulders, much about the future Disney+ series remains under wraps. Yet, it seems that it wasn’t quite the end of our glipses behind the scenes.

There is still no official word on Game of Thrones alum Emilia Clarke’s character, and considering the series involves shape-shifting Skrulls, many characters are bound to remain mysterious until the series eventually ends. While previous videos have shown her character acting suspicious, a new set video appears to show Clarke’s character in some sort of fight with someone wearing a grey motion-capture CGI suit. While the video does not include audio, it looks like the CGI character is choking Clarke’s character out while she’s on the ground. See it here:

While the motion-capture suit character could be anything, a Super Skrull is an obvious guess in Secret Invasion. The video does not show a lot, but it does suggest that Clarke could be in some action scenes and potentially at odds with at least one version of it. We’ve seen practical make-up for the regular Skrulls. So, it might open up the window to their overly-sized powered versions to join as well. The series will not drop on Disney+ anytime soon, so fans have plenty of time to speculate while hype builds for the highly-anticipated show. 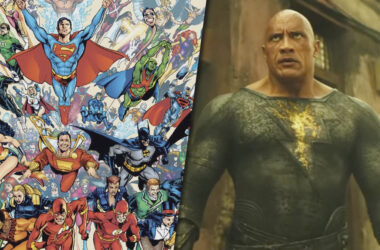 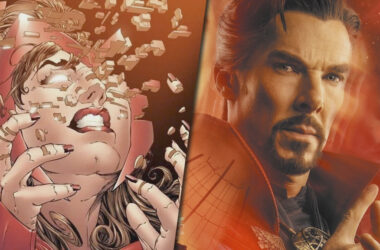